Why is Pop Culture Obsessed with Destroying Chicago? 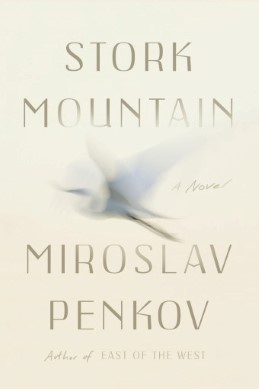 At first glance, Stork Mountain sounds like a typical, coming-of-age immigrant narrative, when a young Bulgarian in America returns to his homeland to escape student loan debt. But Miroslav Penkov—author of the acclaimed short story collection, East of the West—uses classic narrative forms as a springboard for a dark, dreamlike debut novel steeped in Balkan history and legend.

“Disconnected from the world, fed up with [life] as a failed graduate student,” when the protagonist arrives in his grandfather’s town of Klisura, he discovers a city soaked with myth, ritual, and centuries of blood. “The rain nourished me,” he says, “my feet burned, my fingers itched, and I could almost hear the roots sprouting out of them and spreading through the soil.”

The boy learns of an ancient fire-dancing ritual and the legendary nestinari fever, which continues to plague the town’s young girls. He falls for a short-haired Muslim girl named Elif, who he is forbidden to see. And Grandpa teaches him about Klisura’s long history, of destruction and rebirth, including stories of the great Captain Kosta, who had once set the city free.

Thracians, Greeks, and Romans, Slavs, Bulgarians, and Turks, only those who never passed through the Strandja never brought it to ruin. How many times had Klisura burned down to the ground? How many times had its people rebuilt, as if out of sheer spite? Let this school be a symbol of our freedom, of our resilience, Captain Kosta had once proclaimed. And if it burns down we shall remake it, so Klisura may be born again.

The theme of freedom is perhaps most eloquently expressed through the book’s female characters. Elif’s rebellion and fight for escape are mirrored by the story of the mythical goddess Lada, who rebels against her own father and becomes tied down by the weight of a lover caught tangled in the long tresses of her hair. While Elif and Lada battle on, Elif’s mother—representing an older generation of Muslim women—has all but given up the fight:

How long had it been, I wondered, since she had last left Klisura? Ten years? Or maybe twenty? … All her life, like a silk moth, she had weaved for herself another woman, a shell to contain her passions, hatreds, and fears. A shell in which she could hide safely. It was this cocoon that had learned to absorb a bad word, a slap to the face, a great disappointment. But in time, the shell had turned into a prison…

Grandpa, too, is caught in a bind, weighed down by the past that he’s trying to protect. And the boy is faced with a hard choice: whether to join his grandfather and fight to preserve the town, or let it go and allow modern industry to seep in.

Miroslav Penkov was born in Bulgaria himself before immigrating to the United States in 2001, where he completed his MFA at the University of Arkansas. In Stork Mountain, he spins multiple stories at once—pulling us back and forth between past and present, history and legend, myth and reality—until the lines are blurred, borders indistinct. (Fittingly, the novel is set in one of Bulgaria’s “border zones.”) The characters’ lives are beautifully interwoven with ancient tales and family histories, all deeply rooted in the landscape of the Strandja Mountains, home of black storks, fire dancers, and worshippers of pagan saints.

Stork Mountain is a beautiful and haunting novel, one that delves into a painful past and begs the questions: To what extent are we doomed to relive the past and carry it with us? At what point must we relent and set it free?

The Stories We Retell in “Bliss Montage”

All the Lonely People in “Reward System”