What Did Early Science Fiction Writers Think of Mars?

Once, in a classroom of writers, Dean Young was asked how he put together his books. He described how he took his most recent poems and looked solely at how the ending of one poem led into the beginning of another. Over and over, he considered the individual links the last lines made with following first line. And in this way he created the order of the poems in his books. Like a little train, I remember thinking.

When discussing fiction, readers and writers alike are asked to detail the rising action of a story or novel, its climax. When it came time to order my own books of poetry, I found myself considering both how individual poems formed that train of linked pieces and how the train climbed as the book progressed, up, up, up.

For this sampler I asked four poets to share how they ordered their new books and if they thought about rising action or climax as they compiled their work.

Ada Limón’s The Carrying delves into the deeply personal as the speaker uncovers what might be her infertility. But she is also a body moving through a fragile nation and through a delicate natural world that’s being treated indelicately. The book points us to look at all the things we ask of our bodies, all the things we ask it to carry through this remarkable and unstable world.

Jos Charles’ feeld breaks language into almost unrecognizable spellings so that you have to trust the meaning will come as you sound out the words. The multiple meanings of homophones all come to light before one meaning is teased to the forefront by context. And there is magic in that fluidity. And it makes sense that from this vantage point, the poems can tackle gender and identity.

A. E. Stallings’ Like reminded me of all the reasons I first fell in love with Stallings’ poems—their musicality, their deft use of rhythm and rhyme, their obsession with the old Greek myths, Greek history, and the Greeks themselves. But in Like, a poem will hold both the tale of Icarus and the Syrian refugees coming to Greece on dinghies. The book cracks the past open atop the present and breaks your heart.

Kelly Forsythe’s Perennial lives in 1999, among images of homerooms, bleachers, and Trapper Keepers, as it examines the shooting at Columbine from the perspective of a student who has to return to school as if school is a safe space. The book’s exacting focus makes it all the more overwhelming and maddening in the context of our present, of the escalation of school shootings over the last near-20 years.

Their insights are hugely compelling, and I’m thrilled to feature them here. 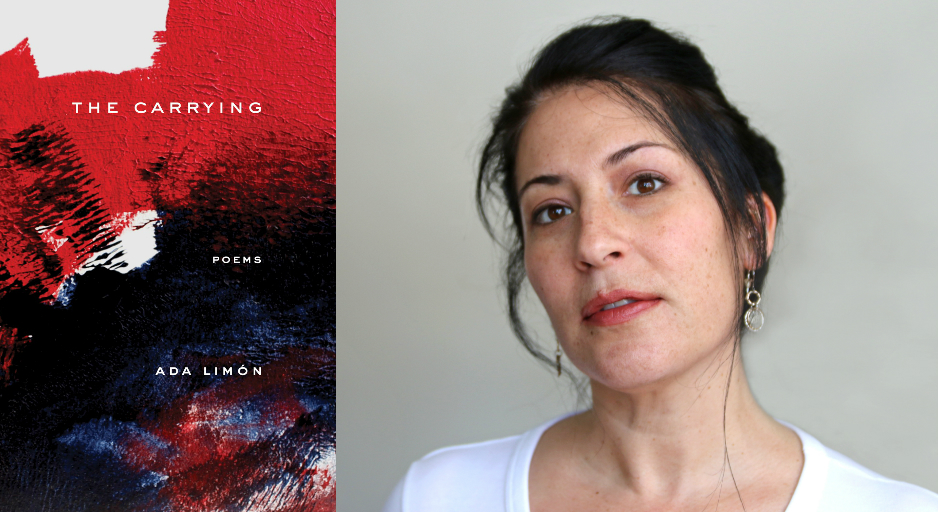 Ada Limón on The Carrying

I have long wanted to structure a poetry book the way we might structure a life, the whole mess and breadth of a life. There are the small rise and falls of the daily journey and then there are the larger plummets and big ticket items that set us roiling like a sea. When I was putting together The Carrying the themes became clearer and clearer—dealing with infertility, the destruction of the natural world, the tumultuous state of our country, the way grief and physical pain can transform into something that feels radiant, like radical survival. But what I wanted to do most was make sure that the whole book was staying true to the individual poems, that there wasn’t anything manipulative about the order, that it was authentic to my own experience.

The build in the book is not toward an achievement or a particular outcome, but rather it’s toward an acceptance. The rising action explores the question of having a child while the climax of the book for me comes with the titular poem Carrying. In this poem the speaker is realizing that her purpose might not be to carry a child, but to hold everything else within her—the horse in the field, the train, the sky, all of it.

The lines that end the poem—serve as that final push towards acceptance, a celebration of another way of living life.

The sky’s white with November’s teeth,
and the air is ash and woodsmoke.
A flush of color from the dying tree,
a cargo train speeding through, and there,
that’s me, standing in the wintering
grass watching the dog suffer the cold
leaves. I’m not large from this distance,
just a fence post, a hedge of holly.
Wider still, beyond the rumble of overpass,
mares look for what’s left of green
in the pasture, a few weanlings kick
out, and theirs is the same sky, white
like a calm flag of surrender pulled taut.
A few farms over, there’s our mare,
her belly barrel-round with foal, or idea
of foal. It’s Kentucky, late fall, and any
mare worth her salt is carrying the next
potential stakes winner. Ours, her coat
thicker with the season’s muck, leans against
the black fence and this image is heavy
within me. How my own body, empty,
clean of secrets, knows how to carry her,
knows we were all meant for something. 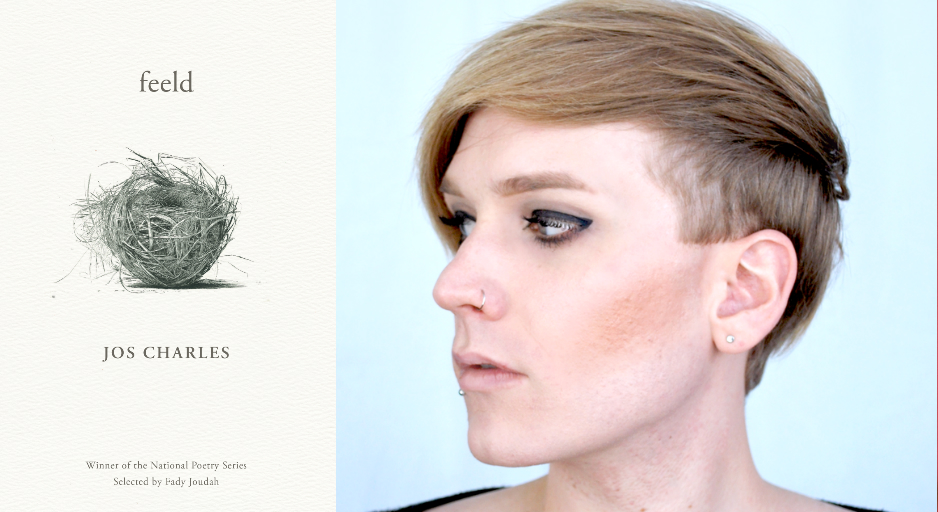 To identify a climax of a work is not to identify a formally necessary or constitutive component of composition, but to subject a work to analysis, approximation. Poetry, or any artistic work, doesn’t “have” a climax the way, say, a score may “have” a designated ensemble or key. Ascribing a climax is to create a point of reference in order to allow ease of description or placement for a given audience. To name the climax of a work would be more akin, for instance, to saying yesterday or last when it snowed rather than June 16th, 2017. One could, with feeld, then, indicate any number of moments as helpful to analyze as a climax depending on what the point of reference or intention was at that moment for that reader.

Often critics have looked to 2/3 of the way through a work, the so-called golden moment—the end of the third act, deep tracks of a mid side-B, the 2nd or 3rd movement of a symphony—for that work’s climax. For feeld, at this point, there is a turn back to childhood, a reprisal of pastoral elements initiated earlier in the manuscript, a shift from objects or what sets the dramatics of a scene towards the possibility inherent already in a scene. In one sense, it’s a move from control to loss; in another, it’s a move from resignation to hope. To call such a moment “a climax” is to ascribe it change as a point of value, a mark, critically, worth returning to. Whether this poem has such analytic worth for either feeld as a whole or for a reader strikes me as not within my bounds to say. However, if useful to follow this thought, a poem like L. of feeld could encapsulate the analytic force of climax: signaling a change as both a closure of what is and a looking forward to resolution, a promise, already, in a sense, come. 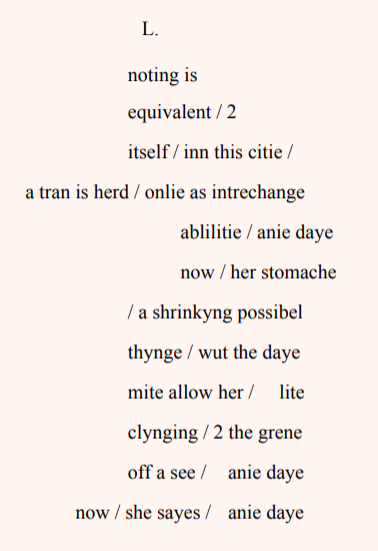 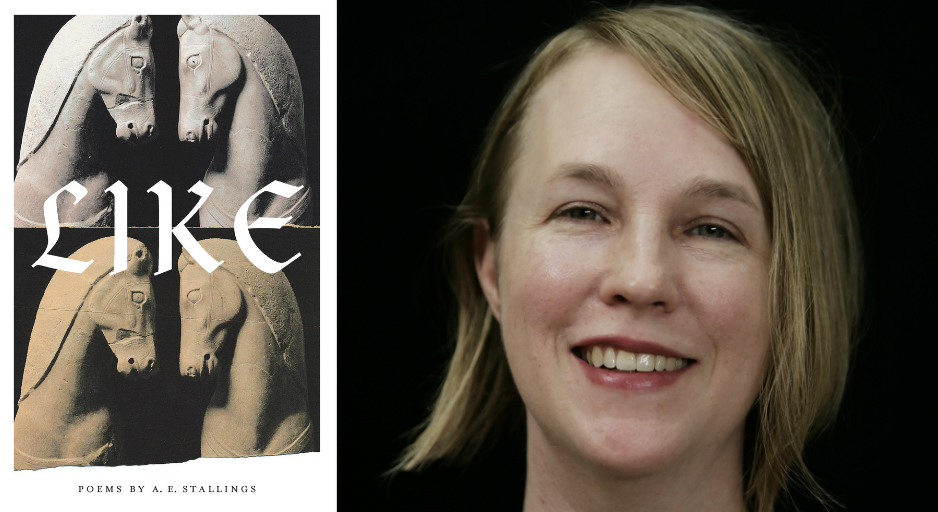 In my three previous collections (Archaic Smile, Hapax, and Olives), I employed the convention, and convenience, of sections to organize them. Conventions are conventions for a reason; I don’t write programmatic books, and it’s a way of making little arcs while suggesting a bigger one. But it wasn’t going to work for Like. This book was longer, shaggier, it contained longer poems and cycles. I wanted to try something different.

The invention of the alphabet had also been on my mind as a radical technology. (I was translating Hesiod’s Works and Days at the same time.) What would happen if I just alphabetized the poems by title?

I glanced at the draft—it just might work. The book began and ended in a domestic world jolted by inner and outer turmoil, while the longest, most ambitious poem, Lost and Found, landed towards the middle. Domestic poems tucked themselves in among historical ones, or loose translations from Latin and Greek. O Serendipity! O Randomness! In one or two cases a poem did not seem to fit—this was true for “Sestina, Like,” and for “Gentleman Crow.” I altered the titles (if that’s cheating, let’s call it poetic license)—and, presto! “Like, the Sestina,” then became more of a “title poem,” which I worry about a little; “Like” isn’t just meant to be a nod to popular culture, but is the hinge of the simile itself, central to poetry.

It’s something I’d long wanted, but hadn’t dared, to do. I had in mind a couple of other alphabet-organized collections—W.H. Auden’s Collected Shorter Poems, alphabetized by first lines. Geoffrey Brock’s wonderful Weighing Light is organized by the alphabet. The principle removes the hierarchy a more deliberate ordering suggests. It left to the reader, or maybe the alphabet, to make meaning of these juxtapositions.

Are singular, and plural, un-
Canny: one plus one is one;

Even in solitude, a pair,
Cheek to cheek, or on a tear,

Knives at cross-purposes, bereaving
Cleavers to each other cleaving:

Your Favorite Book: 1984 with Said Sayrafiezadeh

Open, shut; give and take,
All dichotomy in their wake.

What starts with sighs, concludes in “or”’s:
His or hers; mine or yours:

Divvy up. Slice clean, slice deep,
In pinked jags, or one swift sweep,

The crisp sheet where they met and married,
The paper where the blades are buried. 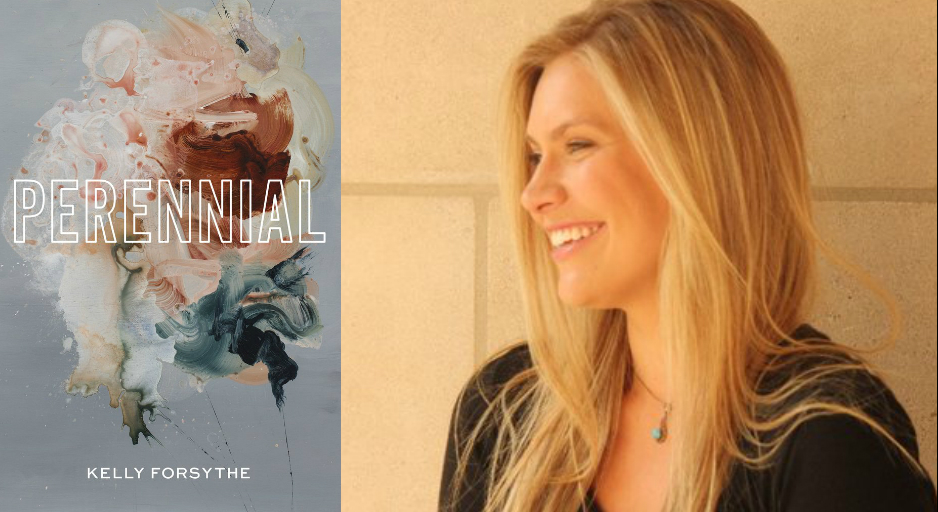 As I was writing the poems in Perennial, I wasn’t closely considering structure or narrative flow. The collection was written over a period of five years and within that period, the arc of the book shifted—at one point it was sectioned into thirds, at another point it was split in half. However, because there are poems within Perennial that describe historical events, it was important to me to secure a sense of time and place for the reader amid the sometimes disorienting lyric qualities within the work. Therefore, in terms of rising action within Perennial, or the way I see it, its emotional “peaks and valleys,” it felt accurate to align to the actual series of occurrences that happened in 1999. But instead of an escalation of emotion or action, I wanted to develop a sense of suspension, and ask the reader to remain suspended for the entirety of the book, without a clear boundary for relief. Relief wasn’t a goal—intentionally so, as grief doesn’t allow us the option of relief. Julie Carr’s 100 Notes on Violence is a collection that folds (and holds) the reader into its lyrical dread, and because of this, each poem has its own rise and fall individually.

The poem, “Red Earth” is placed just prior to a poem in Perennial that is directly describing a singular event of April 1999, and because of this, it hints towards one of these escalations.

With more urgency
than I’ve grown to allow,

I am contesting
your eyes in a dream.
A panic of violas
rises behind us.
That stare, a sun of quiet.

In the vast slope of spring,
knowing how pale the wisteria gets

knowing your ankle as slender,
as less and less of it—

Who can blame our bodies
for taking. I take you & in
the taking the heat cracks
my knuckles.

‘The Carrying’ Is Ada Limón’s Most Personal Poetry Yet