Most readers will agree that October is the best time to read that horror novel that’s been sitting on your shelf for ages. But it’s also a great time to explore some recent nonfiction.

This year witnessed the release of several fascinating nonfiction books on a range of topics that are perfect for the Spookiest Month. Some offer scientific explanations for paranormal activity, while others explore the history behind some of our favorite scary stories. For the cultural critics among us, the year also brought critical essay collections about Hell, Frankenstein’s monster, and society’s fascination with dead girls. And that’s just the beginning.

Here’s a list of my favorite nonfiction books from 2018 that are must-reads for Halloween. 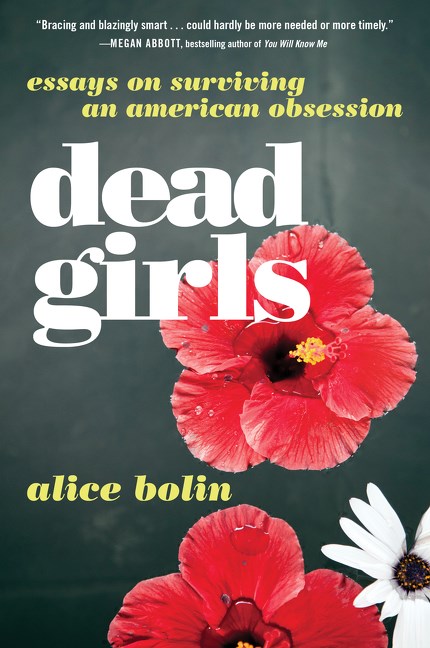 This is perhaps the best and most comprehensive book I’ve read on the subject of “dead girls” in popular culture.

From William Morrow: “Alice Bolin examines iconic American works from the essays of Joan Didion and James Baldwin to Twin Peaks, Britney Spears, and Serial, illuminating the widespread obsession with women who are abused, killed, and disenfranchised, and whose bodies (dead and alive) are used as props to bolster men’s stories. Smart and accessible, thoughtful and heartfelt, Bolin investigates the implications of our cultural fixations, and her own role as a consumer and creator.” 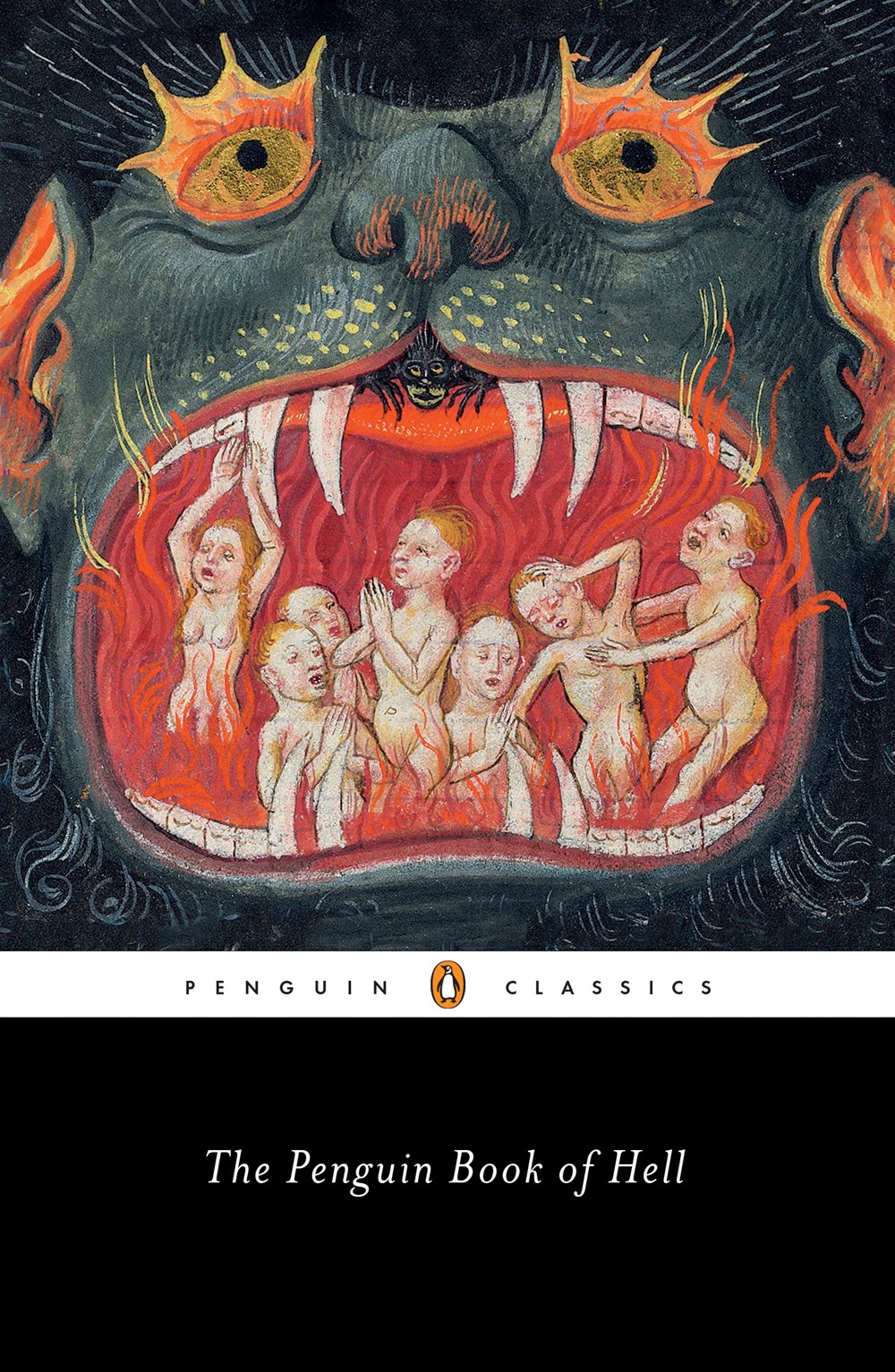 This fascinating collection kept me reading long after midnight, and the images it put in my head kept me up even longer. A deeply engaging read.

From Penguin Classics: “From the Hebrew Bible’s shadowy realm of Sheol to twenty-first-century visions of Hell on earth, The Penguin Book of Hell takes us through three thousand years of eternal damnation. Along the way, you’ll take a ferry ride with Aeneas to Hades, across the river Acheron; meet the Devil as imagined by a twelfth-century Irish monk–a monster with a thousand giant hands; wander the nine circles of Hell in Dante’s Inferno, in which gluttons, liars, heretics, murderers, and hypocrites are made to endure crime-appropriate torture; and witness the debates that raged in Victorian England when new scientific advances cast doubt on the idea of an eternal hereafter. Drawing upon religious poetry, epics, theological treatises, stories of miracles, and accounts of saints’ lives, this fascinating volume of hellscapes illuminates how Hell has long haunted us, in both life and death.” 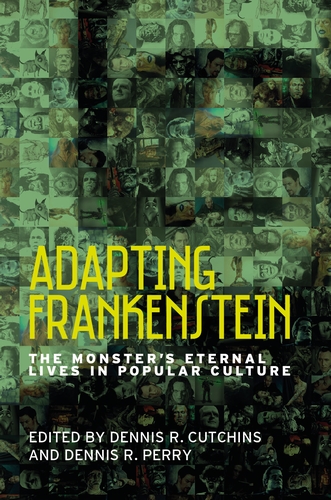 This creative and genre-spanning collection explores why and how Dr. Frankenstein and his legendary monster have captivated audiences for more than a century.

From Manchester University Press: “Mary Shelley’s Frankenstein is one of the most popular novels in western literature. It has been adapted and re-assembled in countless forms, from Hammer Horror films to young-adult books and bandes dessinées. Beginning with the idea of the ‘Frankenstein Complex’, this edited collection provides a series of creative readings that explore the elaborate intertextual networks that make up the novel’s remarkable afterlife. It broadens the scope of research on Frankenstein while deepening our understanding of a text that, 200 years after its original publication, continues to intrigue and terrify us in new and unexpected ways.” 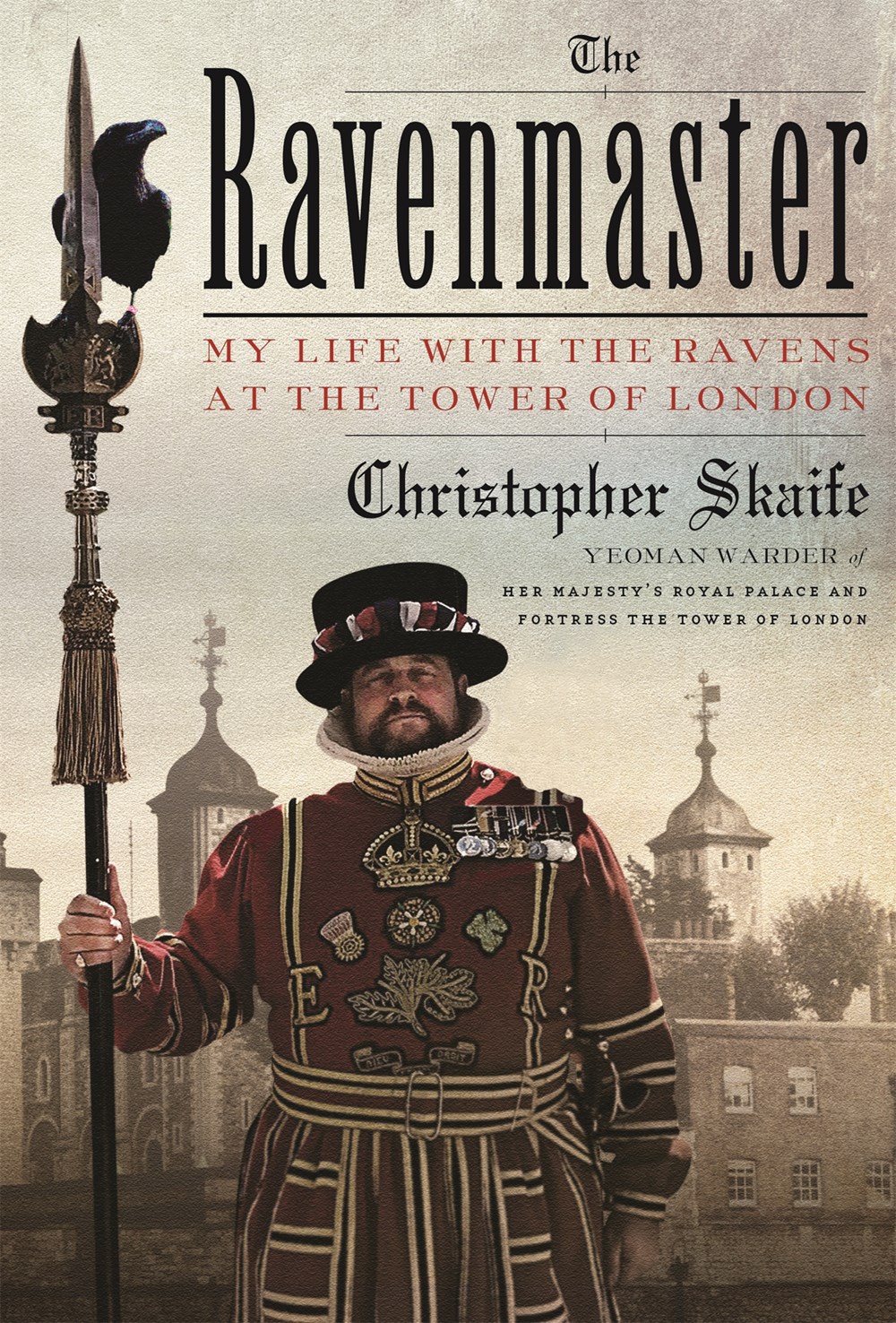 The Ravenmaster: My Life with the Ravens at the Tower of London
Christopher Skaife
Farrar, Straus and Giroux
Published October 2, 2018

This engaging read isn’t all that creepy, but it revolves around two of the most iconic figures in scary stories: ravens and the Tower of London. It’s also a ton of fun.

From Farrar, Straus and Giroux: “The ravens at the Tower of London are of mighty importance: rumor has it that if a raven from the Tower should ever leave, the city will fall. The title of Ravenmaster, therefore, is a serious title indeed, and after decades of serving the Queen, Yeoman Warder Christopher Skaife took on the added responsibility of caring for the infamous ravens. In The Ravenmaster, he lets us in on his life as he feeds his birds raw meat and biscuits soaked in blood, buys their food at Smithfield Market, and ensures that these unusual, misunderstood, and utterly brilliant corvids are healthy, happy, and ready to captivate the four million tourists who flock to the Tower every year. Shining a light on the behavior of the birds, their pecking order and social structure, and the tricks they play on us, Skaife shows who the Tower’s true guardians really are—and the result is a compelling and irreverent narrative that will surprise and enchant.” 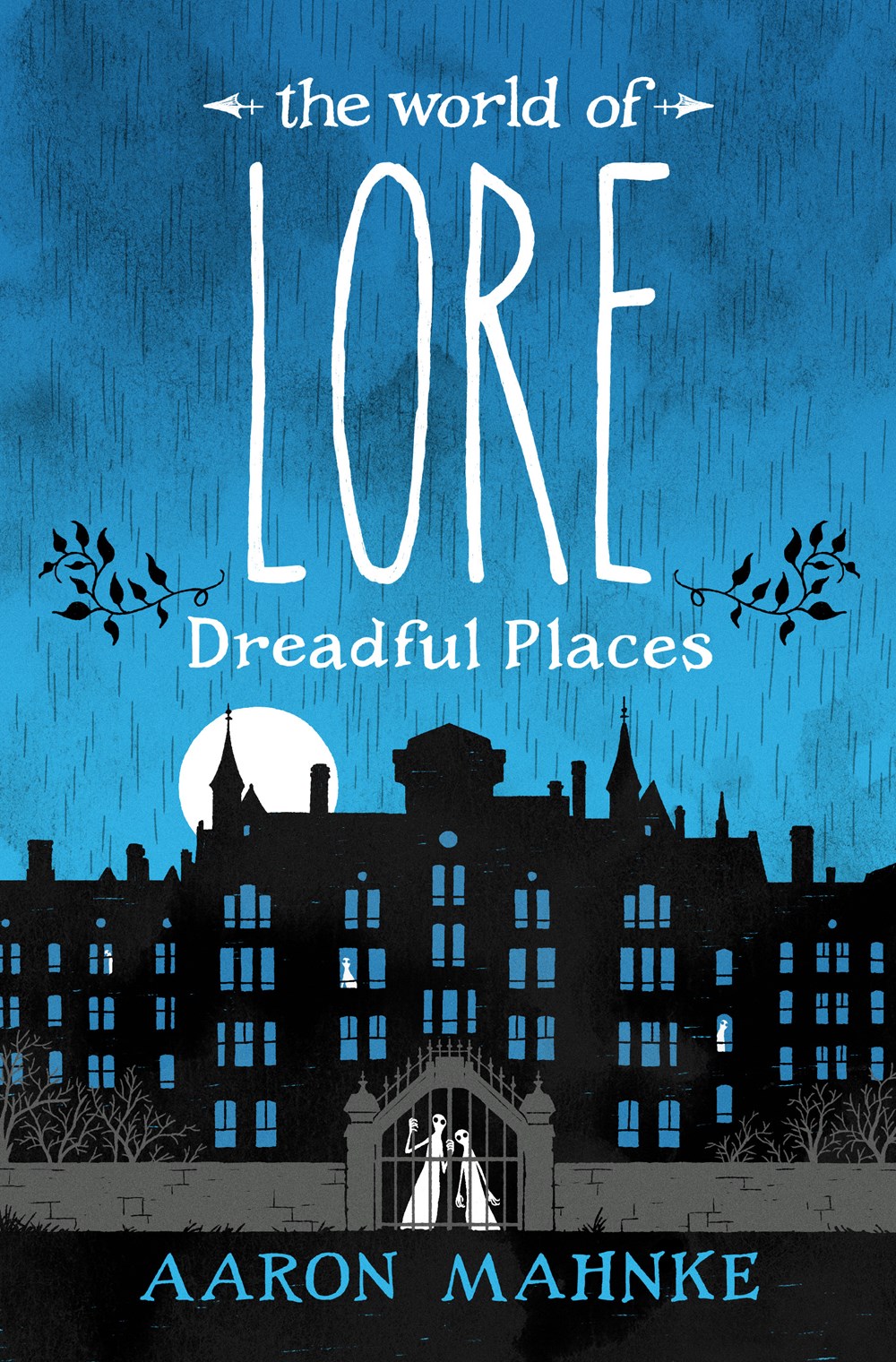 The creator of the popular podcast Lore has expanded some of his favorite shows into in-depth essays about some the world’s most haunted places.

From Del Rey: “Sometimes you walk into a room, a building, or even a town, and you feel it. Something seems off—an atmosphere that leaves you oddly unsettled, with a sense of lingering darkness. Join Aaron Mahnke, the host of the popular podcast Lore, as he explores some of these dreadful places and the history that haunts them.
Mahnke takes us to Colorado and the palatial Stanley Hotel, where wealthy guests enjoyed views of the Rocky Mountains at the turn of the twentieth century—and where, decades later, a restless author would awaken from a nightmare, inspired to write one of the most revered horror novels of all time. Mahnke also crosses land and sea to visit frightful sites—from New Orleans to Richmond, Virginia, to the brooding, ancient castles of England—each with its own echoes of dark deeds, horrible tragedies, and shocking evil still resounding.” 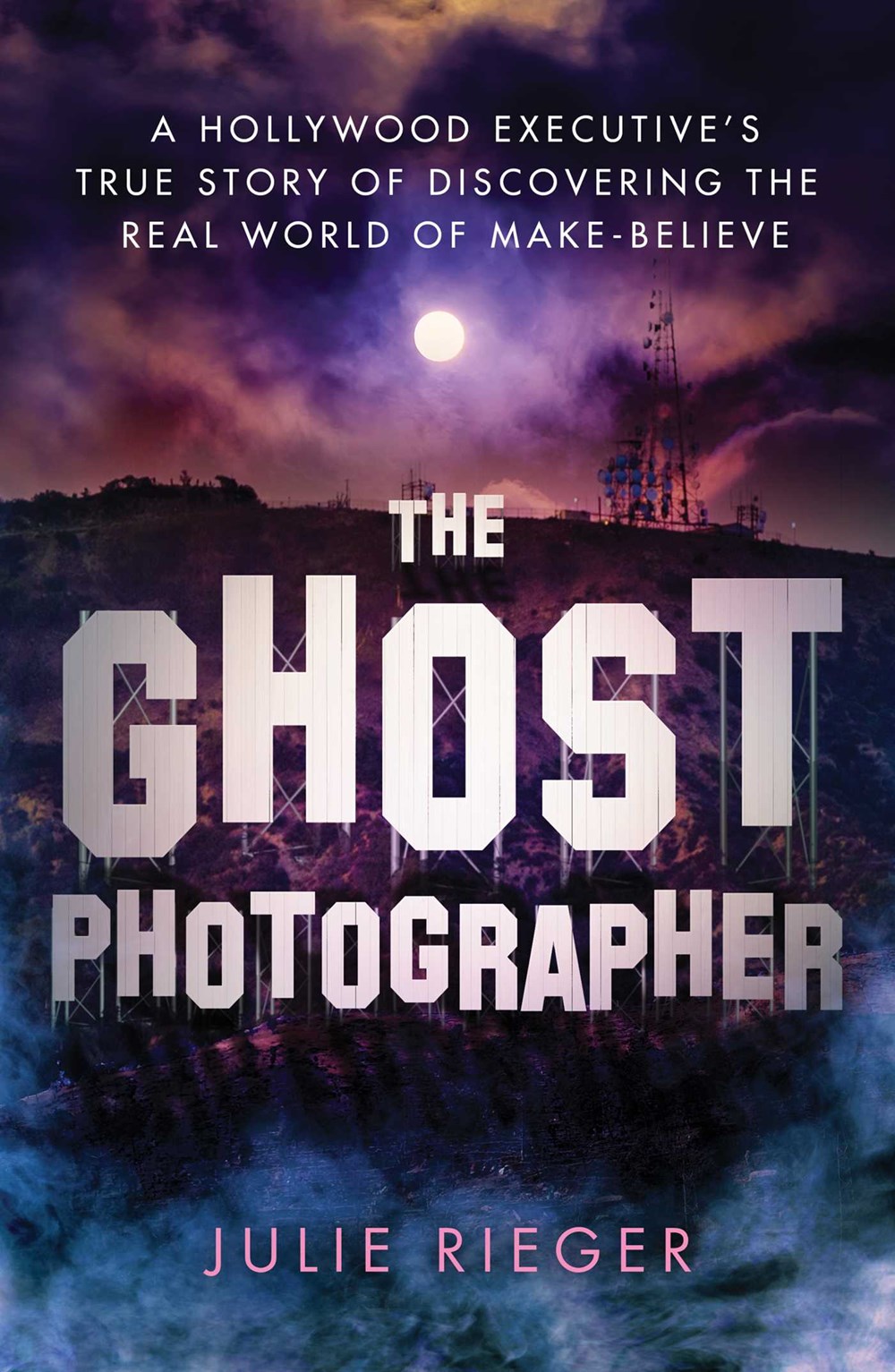 From Atria/Enliven Books: “As a senior executive at one of the world’s largest movie studios, Julie Rieger spent her days marketing the imaginary stories of ghosts, faeries, superheroes, aliens, and more fantastical creatures. But after the devastating loss of her mother, the world of make-believe became reality when Julie captured her first ghost in a photograph and blew open a door to the Other Side. The Ghost Photographer chronicles Julie’s wild ride down the spiritual rabbit hole. After a series of unexpected, mind-blowing, and sometimes frightening encounters with the spirit realm, Julie was forced to face this strange awakening, flying in the face of scientific dogma and her own die-hard skepticism. Ultimately, she discovered that what she thought she had lost with the death of her mother—unconditional love—was in fact the greatest superpower one can wield.” 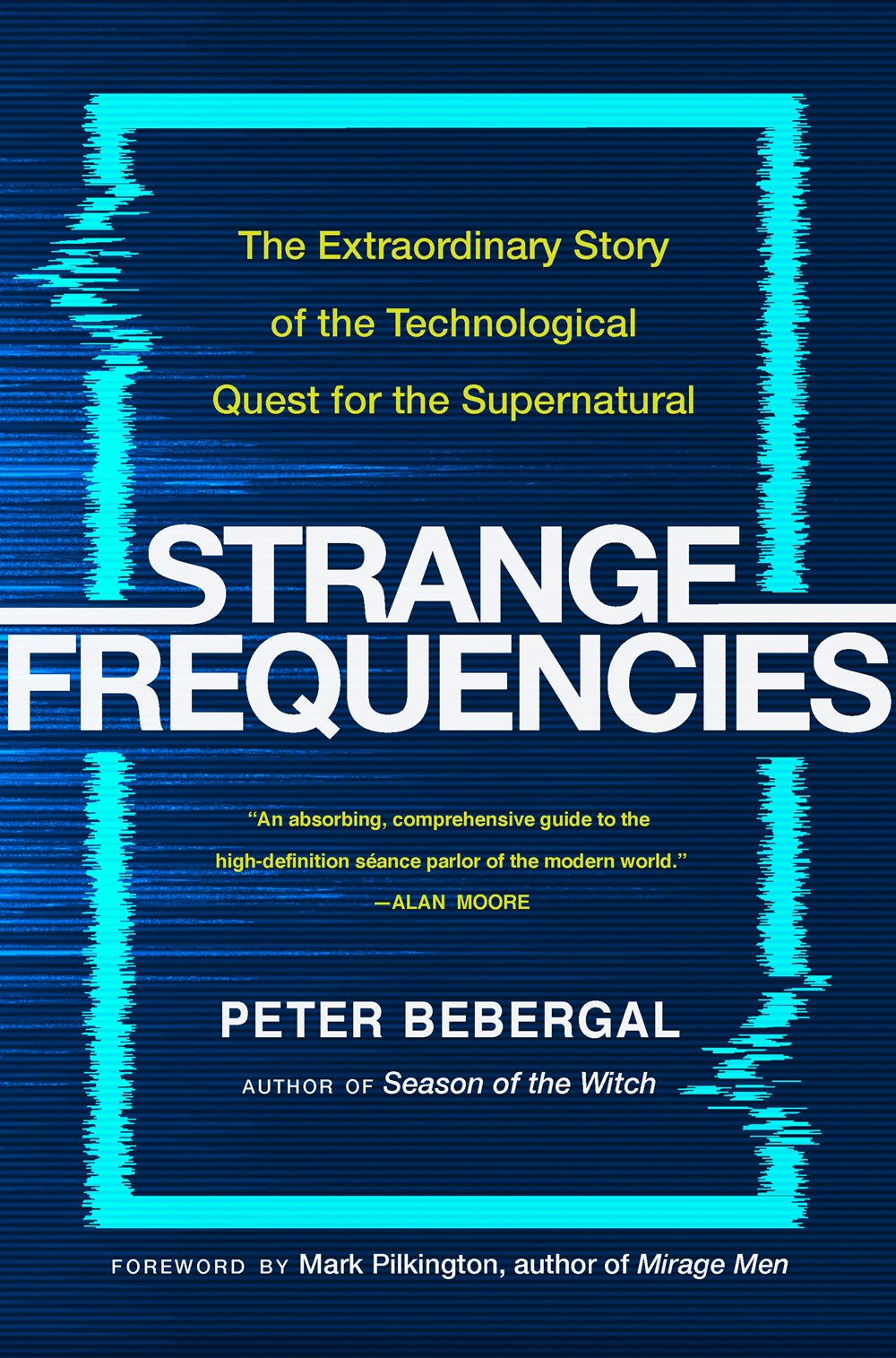 Strange Frequencies: The Extraordinary Story of the Technological Quest for the Supernatural
By Peter Bebergal
TarcherPerigree
Published October 23, 2018

This wide-ranging book looks at the history of occult communication.

From TarcherPeriree: “Strange Frequencies takes readers on an extraordinary narrative and historical journey to discover how people have used technology in an effort to search for our own immortality. Bebergal builds his own ghostly gadgets to reach the other side, too, and follows the path of famous inventors, engineers, seekers, and seers who attempted to answer life’s ultimate mysteries. He finds that not only are technological innovations potent metaphors keeping our spiritual explorations alive, but literal tools through which to experiment the boundaries of the physical world and our own psyches.” 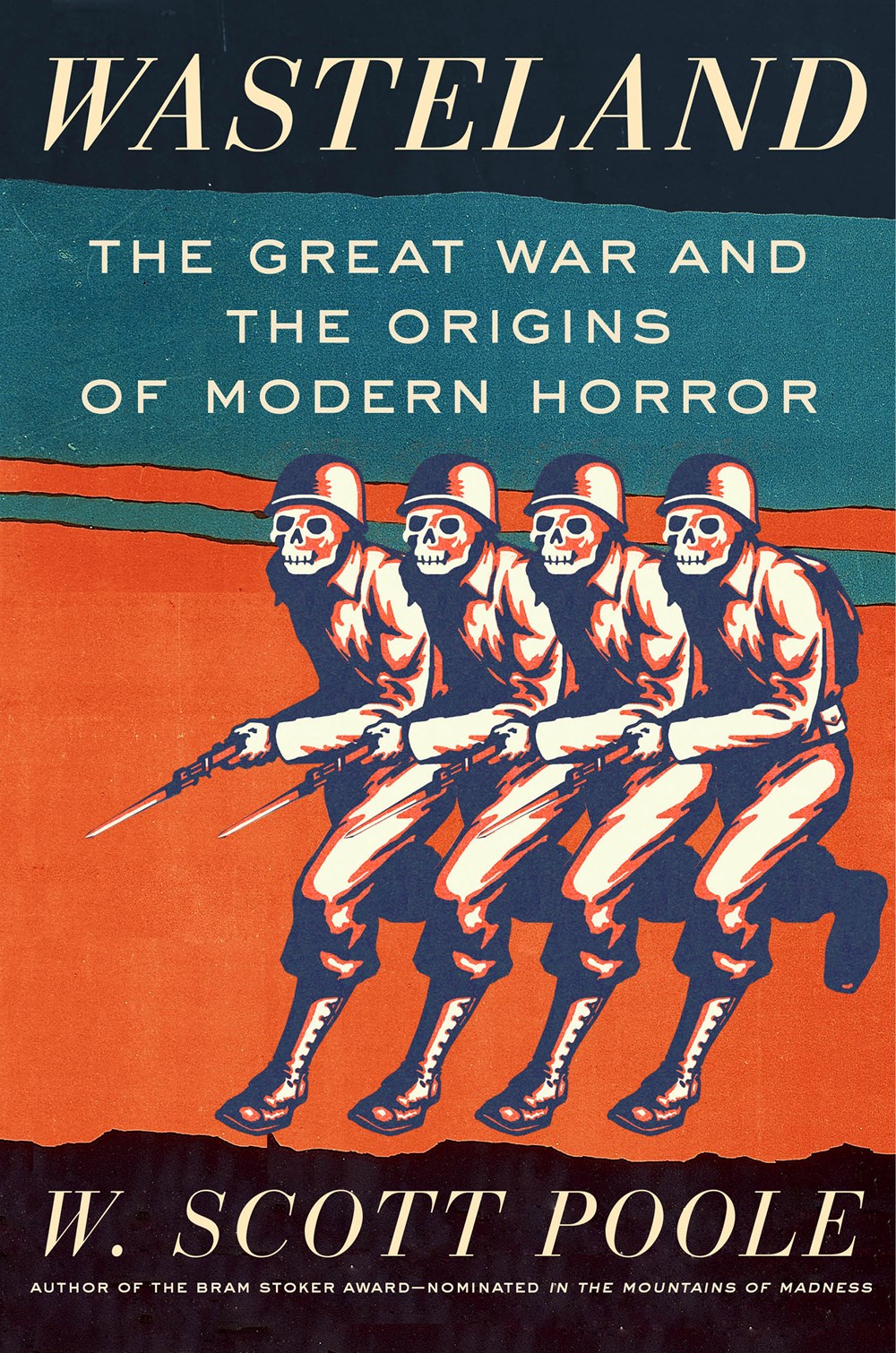 From Counterpoint Press: “In the early twentieth century, World War I was the most devastating event humanity had yet experienced. New machines of war left tens of millions killed or wounded in the most grotesque of ways. The Great War remade the world’s map, created new global powers, and brought forth some of the biggest problems still facing us today. But it also birthed a new art form: the horror film, made from the fears of a generation ruined by war.”

This enthralling look at how sound waves have contributed to what we think of as paranormal culture isn’t out until December, but you’ll want to pick it up then. I mean, spooky reads during the holidays? Yes, please!

From Strange Attractor Press: “In High Static, Dead Lines, media historian and artist Kristen Gallerneaux weaves a literary mix tape that explores the entwined boundaries between sound, material culture, landscape, and esoteric belief. Essays and fictocritical interludes are arranged to evoke a network of ley lines for the “sonic spectre” to travel through―a hypothetical presence that manifests itself as an invisible layer of noise alongside the conventional histories of technological artifacts. The objects and stories within span from the mid-nineteenth century to the present day, touching upon military, communications, and cultural history. A connective thread is the recurring presence of sound―audible, self-generative, and remembered―charting the contentious sonic histories of paranormal culture.”