The Perfect Place for a Closed-Door Mystery? A ‘Dark Sky’ Park.

Kristi Coulter’s viral essay “Enjoli” garnered a lot of attention from readers and critics when it debuted in 2016, but Coulter has transcended viral fame. The extraordinary new collection “Enjoli” appears in, Nothing Good Can Come from This, is rich and satisfying from beginning to end. Full of humor, heart, and intelligence, the collection intersperses longer, fully realized and multi-strand essays with short, creatively formatted pieces: lists, diary entries, quizzes, letters, and bits of advice.

Coulter is an acrobatic writer, deftly juggling mood and verbiage. She displays a well-tuned ability to poke fun at many things, even herself. Within the longer essays, she speaks to the vulnerability of a woman finally facing herself after a decade of avoidance with well-crafted humor and a sharp wit. Sometimes she achieves this over the course of multiple pages; sometimes it happens much more rapidly, as when she discusses how to respond to the question of why she’s not drinking:

Or, you could be like me and chirp, “Oh, just an experiment for more energy and better sleep!” like someone who makes life plans from Women’s Fitness magazine. It’s an easy path that allows you to keep people at a safe distance, where you can keep an eye on them peripherally, like a paranoid cow.

Not drinking is the primary subject of this collection, and each essay tackles the subject from a different angle. “Girl Skulks into a Room” is about grappling with AA when “I am not a joiner. Worse, I’m a leaver.” “Going Long” is about running, and worrying, without booze. “Fascination” is about extramarital crushes and what happens when they strike too deeply…without booze. Coulter’s life as a sober person is what’s on the table here, and since each essay is a self-contained gem with its own integrity and structure, the collection (which contains mostly previously unpublished essays) can be occasionally repetitive. That is one of the few flaws in an otherwise glittering debut.

The particular flavor of this book is not drinking while being a member of the upper-middle-class. Coulter does not apologize for this lifestyle. She earned it with many years of hard work at a prominent company she never names (although it’s very clear from her social media which one it is). However, she is hardly a clueless one-percenter; “Elephant Gray” demonstrates this through keen self-awareness:

Addiction, particularly to alcohol, is a great unifier across classes. Coulter knows this. Her finances may be so healthy they’re unrecognizable to many readers, but the stages of self-realization she must go through are immediately familiar. She hits bottom. She gingerly builds an identity not based on alcohol. She becomes obnoxiously anti-booze, and then gets over it and is just herself, a person figuring life out.

Near the end things got quiet enough for me to know what I had to do: give up. Give up on this story of me as Useful, or Sober Person Rediscovering the Joy of Life, or anything with capital letters. Can you just be a woman who thought this would be more fun than it is? I asked myself. Who wondered how goat cheese is made and, now knowing, is ready to go home?

Chronic Illness Memoir as Epitaph in “Neither Weak Nor Obtuse”

Although sober life is the spine of this collection, there is so much more to it than commentary on sobriety. Unlike other essay collections unified by a single topic, a full and colorful illustration emerges of the personality behind this book. She grapples with life, particularly with sober life, deeply, humorously, perhaps with privilege but with thorough self-awareness. She is funny and intelligent and sardonic and well-read, and conflicted due to difficult parents, and driven and judgmental, and almost completely devoid of common sense, and impossibly lovable. Nothing Good Can Come from This presents a woman on a familiar journey in uncommonly fine, well-wrought language, and it specializes in hitting both the sternum and the funny bone at once. 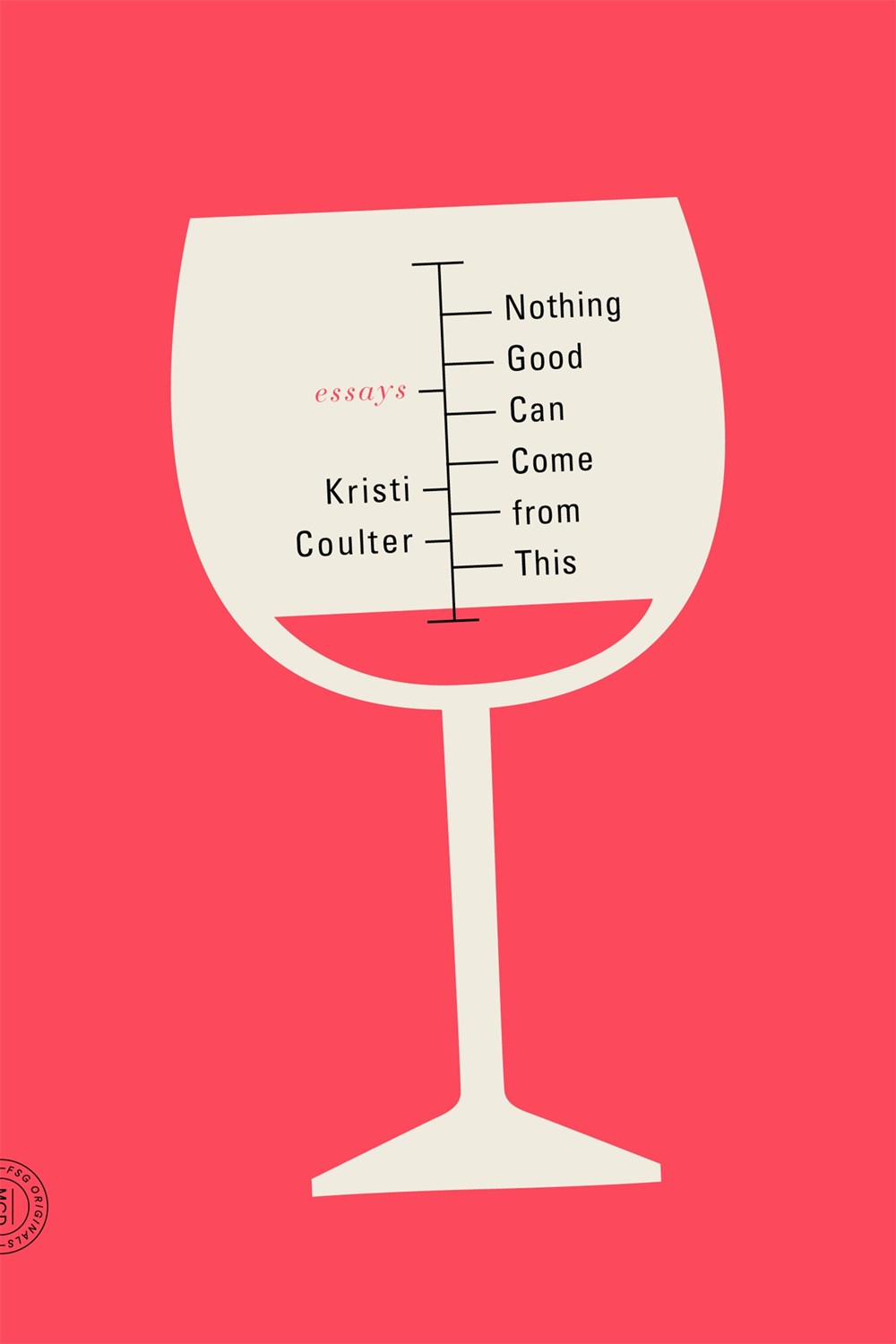 Kristi Coulter earned an MFA in creative writing from the University of Michigan and is a former Ragdale Foundation resident. She is also the recipient of a grant from the National Foundation for Advancement in the Arts. Her work has appeared in The Paris Review, The Awl, Glamour, Vox, The Mississippi Review, Longreads, and elsewhere.

Tags
essays Kristi Coulter Nothing Good Can Come From This Reviews

Katharine Coldiron's work has appeared in Ms., the Guardian, LARB, the Rumpus, the Kenyon Review, and elsewhere. She lives in California and at kcoldiron.com.