R.O. Kwon Doesn’t Trust Garamond, And Neither Should You

The whip-smart and rather disturbing novel, Early Work, begins with the protagonist, Peter Cunningham, making a provocative statement: “I don’t act like a total asshole to most people I meet.” He continues to point out that he was raised to consider himself smarter “and on some fundamental level, more deserving of complete fulfillment than anyone in the world.” To first-time novelist Andrew Martin’s great credit, he establishes Peter in these few lines as a late twenty-something, solipsistic, morally ambiguous, would-be writer, whose story is worth following.

Peter, a failed Ph.D. student, teaches English at a women’s prison in Charlottesville, Virginia, and lives with his college girlfriend Julia, an overburdened medical student and poet, in a small house, “packed with stuff, stacked to the ceiling with it, not yet in a pathological way, exactly, but invasive enough to give a sane observer pause.” Having dropped out of graduate school at Yale under the pretense of supporting Julia’s education with his parents’ money, Peter had plans to publish his first book early in their move to Virginia, but those plans never quite panned out. When questioned by curious family members about his work-in-progress, Peter admits,

as anyone who’s ever pretended to be a writer knows, “the book” was really a handy metaphor for tinkering with hundreds of Word documents that bore a vague thematic resemblance to each other, but would never cohere into the, what, saga of ice and fire that they were imagining.

While Julia works long hours at the hospital, most of Peter’s time is spent fiddling with his Word documents, hanging out with Kiki the dog, and drinking and getting high with similarly aimless twenty-somethings. Life is rather mundane until at a party he meets Leslie, a fellow aspiring writer with a fiancé, and immediately forms an infatuation that he can’t seem to shake off. Drawn in by her unconventional looks and book smarts (and maybe by her unchallenging free-spiritedness and shared tendency to overdo the booze and drugs), Peter begins to pursue Leslie. But he is torn. He still loves Julia, and tries, not very enthusiastically, to convince himself of the strengths of their relationship: “We had better taste than our friends. We were unconventional without being wacky. We had a rigorously exploratory sex life.”

Naturally, Peter can’t resist opportunities to come into contact with Leslie. And their encounters, both intellectual and sexual, propel the novel’s forward motion while the tension arises from the question of whether or not Julia will find out about the affair, and what Peter will do if she does. Thoroughly self-absorbed and invested only in his own ego satisfaction, Peter never really considers Julia’s feelings in the matter, and never seems particularly remorseful about potentially inflicting emotional damage on her. He evidently admires her intelligence and accomplishments, but acknowledges that in relationships,

the goal was to create the illusion of depth for as long as possible. Not for the sex, no. For the company. Other people were interesting, and the more privileged time you had with them the less bored you would be. They would teach you how to live, or at least entertain you while you failed to learn.

And they say romance is dead. Or perhaps that is what being in love is to today’s desultory millennials: not being bored.

Amazingly, Martin manages to convince us not to entirely condemn Peter, even as he does some rather despicable things. In truth, he comes across as a pathetic and painfully self-conscious individual, unable to make sincere connections to others or to make any progress in his creative aspirations. The ending of the novel suggests that little in this regard will change.

The structure of the novel, told in seven parts alternating between Peter’s first-person narration of present events and a third-person narration of Leslie’s backstory, privileges Peter’s voice and perspective, as it must in such a story, but Leslie is by far the more dynamic of the two characters. It might have been interesting to hear less about her, and more from her.

The real hallmark of Early Work is the language. Martin has a remarkable ear for natural dialogue and pitch-perfect, witty banter, giving the novel a polished feel and a confident tone that herald more great fiction to come from this author. 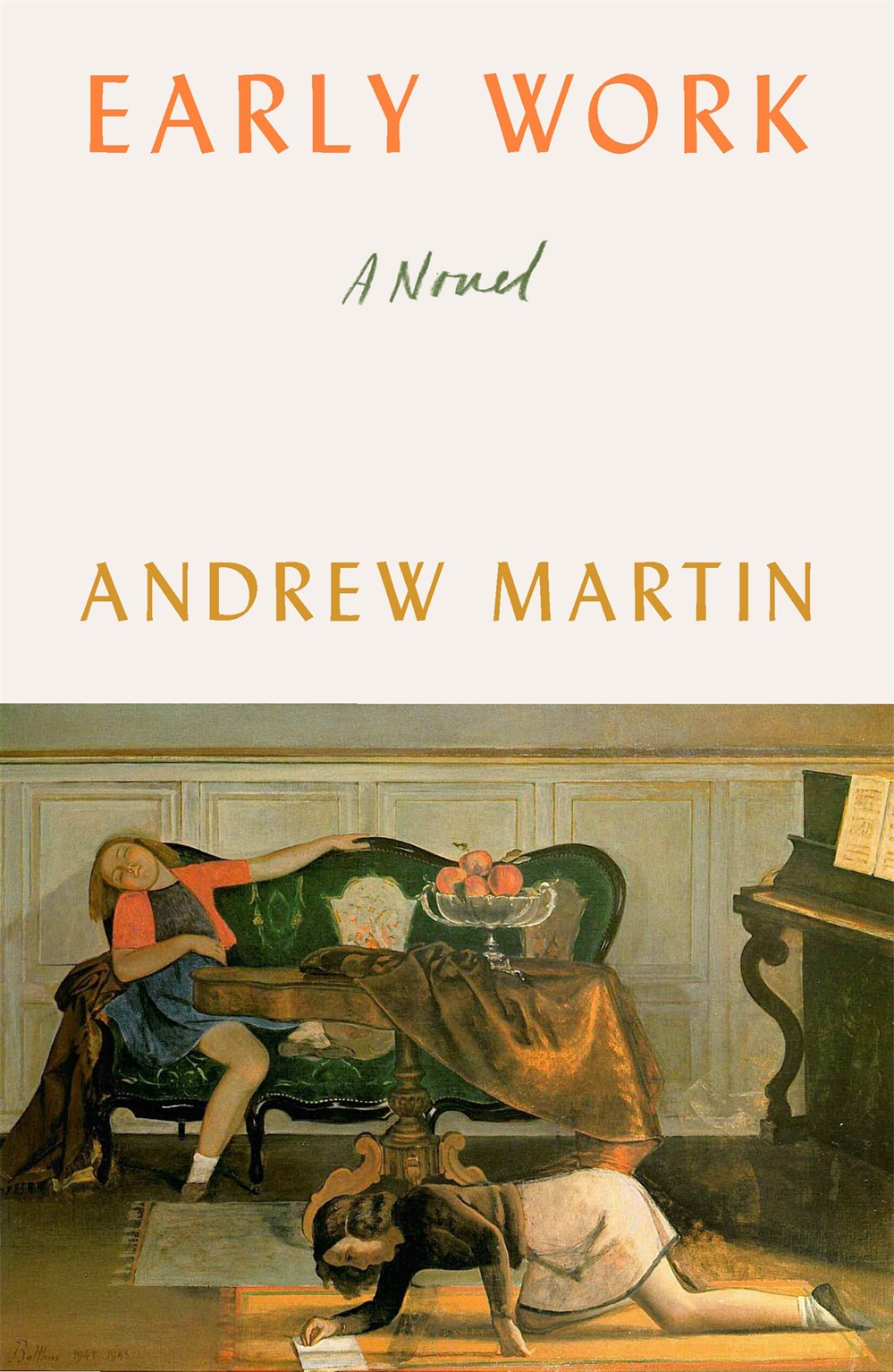 Andrew Martin has written forThe Paris Review, Zyzzyva, and Tin House‘s Flash Fridays series. His non-fiction has appeared in The New Yorker, The New York Review of Books, The Washington Post, and other places. Early Work is his first novel.