After the 2016 election, many Americans felt lost—and still do. In the writing community, the question that kept popping up was, “How can I write in a time like this?” Many writers (myself included) confessed to one another that their stories or poems felt unimportant in the face of such crisis. As Terrance Hayes shows us in American Sonnets for My Past and Future Assassin, poetry is important, even in times of crisis—especially in times of crisis.

American Sonnets for My Past and Future Assassin is a collection of seventy sonnets, each bearing the title “American Sonnet for My Past and Future Assassin.” Written in the first two hundred days of Trump’s presidency, this collection tackles the American assassins of the past, present, and future. It addresses, head on, the crimes against many Americans: Jim Crow laws, Dylann Roof’s crimes, remaining confederate statues, and Trump’s actions against people of color. Even in seventy poems, the collection cannot account for all of the American atrocities and American assassins, and this is recognized within the first few pages of the book:

something happened in Ferguson

And Brooklyn & Charleston, something happened

Almost everywhere in the country every day.

One criticism of many Trump-era discussions of oppression is the suggestion that these crimes—these American assassins—did not exist before the Trump presidency. (One poem that touches on this discussion is Morgan Parker’s “Now More Than Ever.”) American Sonnets for My Past and Future Assassin works to condemn the hatred of not only Trump and those who share his beliefs, but speaks to the oppression that has always been a part of American history. Part of this discussion reads, “I carry money bearing / The face of my assassins” and

Culture before us, we relate the way the descendants

Of the raped relate to the descendants of their rapists.

As a poetry editor, I receive a lot of poems about the presidency, many of which are stunning and urgent, but rarely do I see ones so direct as in this collection. There are almost ten poems that address the president, who is called in this collection, “Mister Trumpet.” One poem begins, “Goddamn, so this is what it means to have a leader / You despise, the racists said when the president / Was black and I’ll be damned if I ain’t saying it too.” While there is still nuance in these poems, they speak to the president bluntly and without apology. In a poem beginning with the lines, “Why are you bugging me you stank minuscule husk / Of musk,” he is made into a stinkbug held to the flame in tweezers; another poem taunts him for being the “color of a quartered cantaloupe” and “the color of a sucker punch.”

While these poems candidly condemn Trump, they are surprisingly playful and lyrical. The sonnet, which means “little song,” proves a good form for this collection. One of these playful, singing addresses to the president reads,

In our humble democracy, a bumble bureaucracy

With teeny tiny wings too small for its rumpled,

Dumpling of a body. Humpty-Dumpty. Frumpy

American Sonnets for My Past and Future Assassin does not just condemn oppression and hatred, it also makes space for celebrating joy. It celebrates figures like James Baldwin and Maxine Waters. It celebrates the body, dancing, sex. It celebrates writing and the “poetry weirdos & worriers & warriors, / Poetry whiners & winos falling from ship bows.” And while there is an abundance of love and loving in this collection, it is never lost on the speaker that it is among a backdrop of American assassins. Even if one does find love, they “Must be willing to raise orchids / Or kids in a land of assassins.” 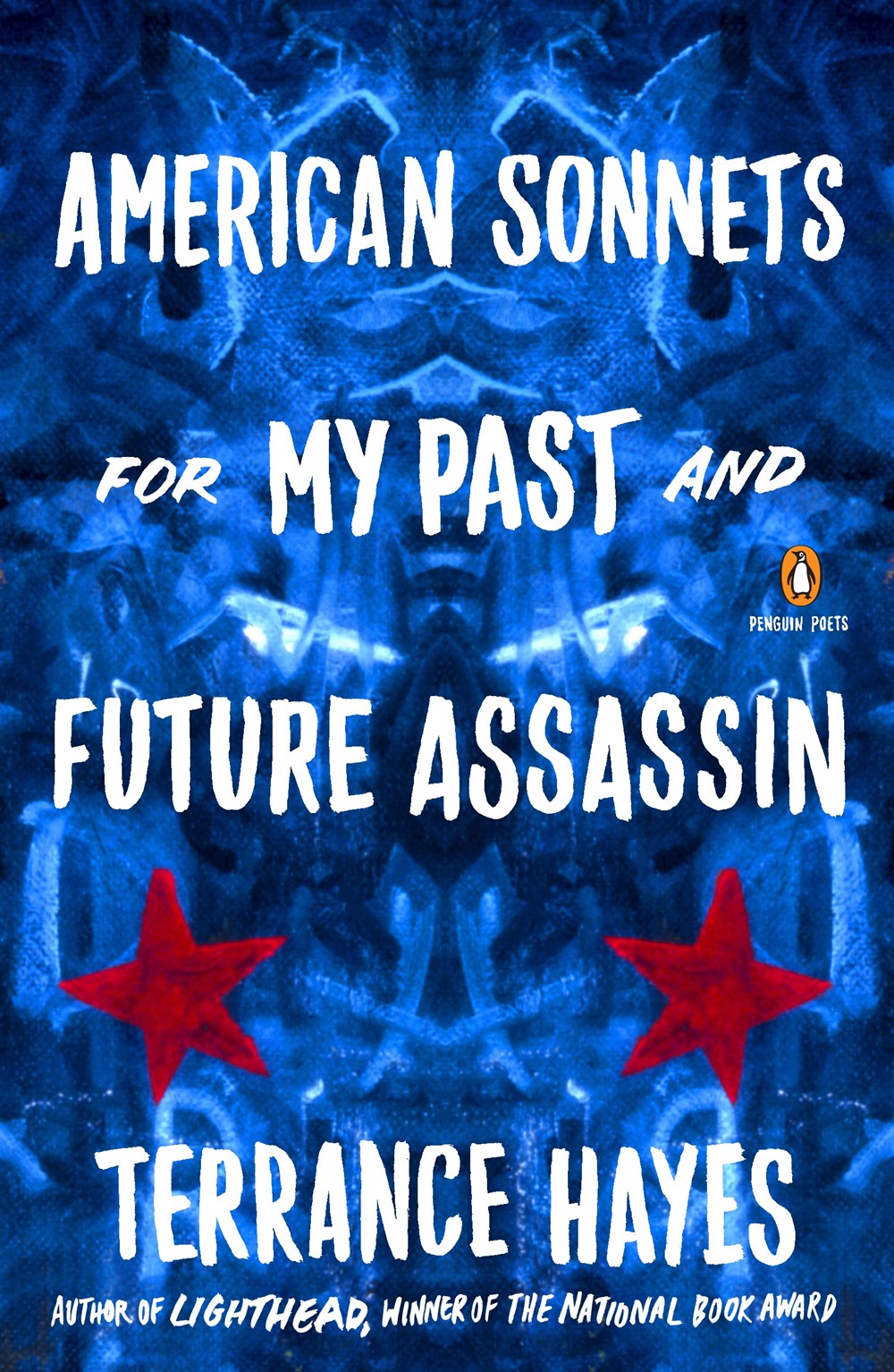 POETRY
American Sonnets for My Past and Future Assassin
By Terrance Hayes
Penguin Books
Published June 19, 2018