How Ellen Datlow Chooses the ‘Best Horror of the Year’

Rae DelBianco has a knack for writing action. In her debut novel, Rough Animals, she cuts to the chase. Twins entering adulthood, Wyatt and Lucy Smith, are struggling to hold onto the family farm in Box Elder County, Utah. Their father died five years prior and the siblings are utterly alone. Within the opening pages, Wyatt and four cattle on the ranch are shot, the animals left dead while Wyatt is clipped in the arm.

From there, things quickly go south for Wyatt and his sister. Wyatt manages to capture the shooter, a violent and unafraid adolescent girl, but she fights her way off the farm, sending Wyatt on an epic hunt to claim the money they would’ve earned from the killed steers. Once Wyatt is on the road, DelBianco showcases her talent for rich descriptions of the natural landscape, as well as a lack of abashment in approaching brutality head-on.

Via email, I asked Rae about the difficulties of writing about violence and survival, inhabiting unknown landscapes, and playing with genre conventions.

If I had to narrow down the main theme of your novel, I’d say it’s about survival, both psychological and physical. You place your characters in unforgiving landscapes and dire circumstances. What interests you in this subject matter?

I come from a rural background, and watching the calluses disappear from my hands at college, I started to wonder whether, given the sterility of modern life, we lose the emotional power of doing more than just surviving by not having to ‘survive’ at all.  We have soft hands and clean shoes, we eat pre-packaged chicken breasts that have no resemblance to a bird. We’ve managed to escape our daily battle with survival, but also the fulfillment that comes from winning it.  And so I find particular enjoyment in returning to literature wherein, in the face of a fight for survival, not a single bite of food or breath of air is taken for granted.

Your prose, in particular, seems interested in the natural landscape, animals, and what I would consider environmental terror. The elements can be both critical and detrimental to survival. Several of the prominent characters are faced with blood poisoning, dehydration, and coyote attacks. What considerations did you have to make in talking about what the human body can handle? In other words, for lack of a better way to phrase it, how do you decide when your characters have had enough?

Humans have an amazing ability to adapt.  Survival has a lot more to do with mental strength than physical strength. So while there are limits (especially in a world of shotguns and TEC-9s), usually the question of how much a person’s body can take is determined by what their mind will allow them to do—whether they can ignore social norms, move past their old ideas of what is honorable or ‘right,’ and even dismiss logic when it says they should already be dead.

I’m fixated by the true story of Mauro Prosperi, a marathon runner who survived ten days in the Sahara by drinking bat blood. After five days, not dehydrated enough to die any way but slowly, he slit his wrists to hurry it along. It turned out he was dehydrated enough that his blood was too thick to bleed out. After that, he made it another 100 or so miles to rescue. Survival is not brute strength in the head or in the body. It’s not pure relentlessness either. But survival is a series of choices—choices that grow increasingly difficult when your canteen runs dry and it’s bat blood or nothing.

This novel also examines a specific region with distinct geographical features. Having been raised in Pennsylvania, how did you get a feel for the landscape of Utah and the surrounding area?

I build my landscapes from the molecular level, starting with the tactile feelings of dirt under fingernails, the heat of the air in your nostrils, to the crunch of boots in dry sand. In real life, it’s the sensory details that tend to register first—long before the grandeur of mesas and red rock and vast distances. I’ve always been enraptured by the West and big mythological spaces. I spent time on the ground in Utah, conducted interviews, and read a lot of the literature of the region.  But my own personal history of working the land was the most crucial thing I drew on in writing the book.

I love the omnipotence of nature in Westerns. I’m fascinated by the unwrapped psychology that comes from isolation and by lives in which each passing day is hard-won. There are times when I think that society is the enemy of sincerity. What interests me is an unfiltered look at the soul.

Westerns are typically good guy versus bad guy, but in real life, the lines of good and evil are rarely so clearly defined. When survival requires transgressing social norms and laws, morality begins to work on a sliding scale. It’s easy for a Western to call a man a hero when he kills evil men to save his family. But when those he kills aren’t evil (and I find “evil” a difficult definition to actually apply in real life), what has the man become?

I also found myself upending the genre’s portrayal of women. Westerns often give women a fleeting, unsatisfactory moment of strength—riding in on horseback or firing a gun—before demoting them to love interest or damsel in distress.  But my own experience of rural life had greater gender equality than most corporate offices do today.  I raised beef cattle as a teenager, and to a steer that weighs nearly a ton, the difference between a man’s strength and a woman’s is unconvincing.  You need strategy, tenacity, and the ability to think like an animal. You need to be the kind of person who’ll spit on your bloody knuckles to clean them off before picking the halter rope back up again. The young women in the West I wanted to write about are active and competent participants in their own survival.

A follow-up to my last question: what books were integral to writing this one? The language in Rough Animals is stylized in a very particular fashion. Who influences your general aesthetic? Is this novel trying to nod to any others?

Cormac McCarthy is a core influence.  He tends to render violence in a kaleidoscopic visual beauty that makes it impossible to turn away.  And because a central goal of my novel was to take an honest look at the violence within us, paying homage to Blood Meridian, as well as to Outer Dark and Child of God, was essential.  The bond between Wyatt and Lucy was inspired by Henry and Judith Sutpen in William Faulkner’s Absalom, Absalom!, my favorite novel. Henry and Judith are defined only by one another, and I wanted to examine the idea of a two-person self in my own work. But in the end, my deepest aesthetic inspiration comes from what might seem like an unlikely source, which is Truman Capote’s debut novel, Other Voices, Other Rooms.  Capote describes seemingly mundane things—a tobacco box on a kitchen table, a sleeping cat, or broken window—with as much visual force as McCarthy describes a sunset over a mesa. Other Voices, Other Rooms proves again and again that beauty is not reserved only for the elevated or grand.

I noticed in your acknowledgements you thanked the reading community of Instagram. How does social media influence your artistic process? What attracts you to Instagram as a writer?

The community of readers on Instagram, affectionately called “Bookstagram,” gives me an opportunity to have a conversation on any book at any hour of the day or night.  I discovered Bookstagram when I’d moved home from London and was missing the reading communities I’d been a part of there.  Great books have the power to create bonds between strangers—and now I regularly discuss books with a lifelong Faulkner reader in Texas, a James Joyce expert in France, and an avid gothic literature fan in Kenya. It’s the largest, most diverse, and most accessible group of readers I know of.

To be clear, I don’t show my unfinished work to anyone on Instagram. Art can’t be made by consensus. Bookstagram has led me to some great books that have changed me forever, but the reading of my unfinished work and the editing of my writing is reserved for my editor, agents, and a few other trusted readers. 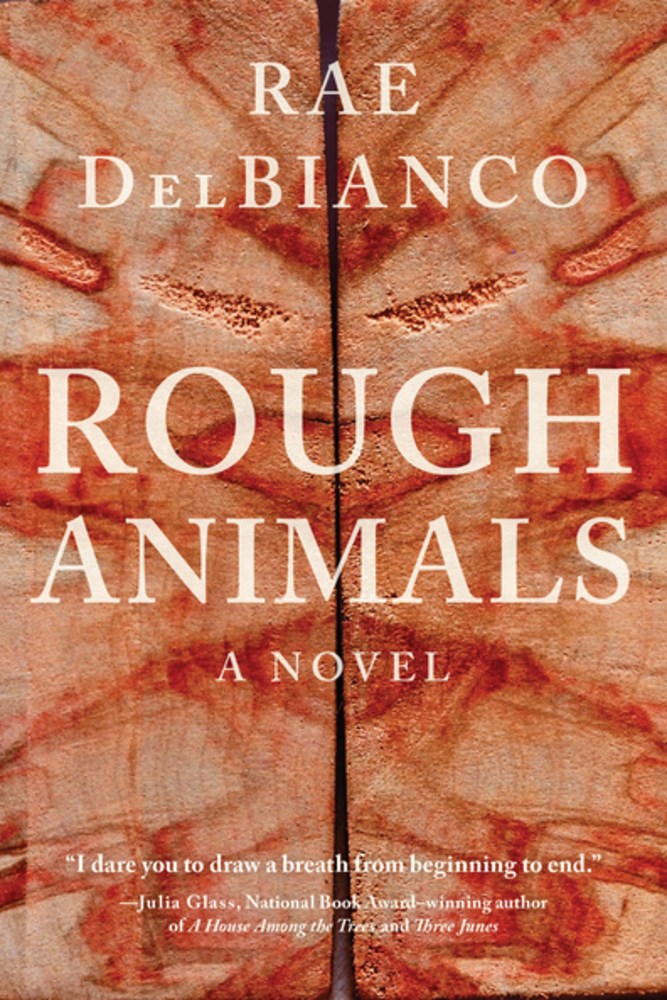 Rae DelBianco graduated from Duke University on a Robertson Scholarship in 2014, and was later accepted to Curtis Brown’s six-month novel writing course in London. She is an alumnus of Tin House’s Summer Workshop, and lives in Mountainside, New Jersey. Rough Animals is her first novel.