‘Bandwidth’ Examines How Our Feeds Create Our Reality

Clare O’Donohue was once a producer of the HGTV show Simply Quilts, and worked on reality TV series for the History Channel, truTV, Food Network, A&E, Discovery, and TLC. Today, she’s a mystery writer in Chicago, and the author of the Kate Conway Mysteries, the Someday Quilts Mysteries, and the new World of Spies Mysteries, which kicked off this spring with Beyond the Pale, where “a simple undercover errand becomes a deadly jaunt across Ireland” for two college professors. 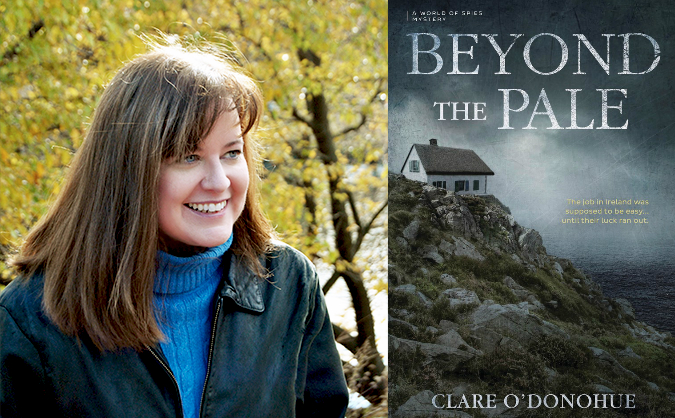 I was born and raised on the Southwest Side, but that’s the short answer. The long answer is that my parents, both born in Ireland, met in London and moved to Philadelphia. They were young, had no kids and thought it would be a lark to live in the US for a couple of years. My dad really wanted to go to New Zealand but they had family in the US. Neither of them really liked Philadelphia (sorry Philly), but my dad had a friend living in Chicago who suggested they come here, so they did. They liked it, and in a couple of years had kids, bought a house, and here we are. I guess if they hadn’t liked it I’d be a Kiwi.

I’m reading What Every Body is Saying by Joe Navarro, a former FBI guy who is an expert on body language. Also, Eva Peron’s bio. Both are research for my next book.

The whole World of Spies series was born out of my love of travel. The idea being that each book will take place in a different country as you follow a husband and wife team of accidental spies caught between a CIA-like offshoot of Interpol and an international criminal organization. There’s good and bad guys on both sides of the line, which I realized as I was writing the first book, Beyond the Pale, and it’s something I really like about the world of this series. Also when I was in college at Bradley University in Peoria, I majored in International Studies, took classes in Intelligence and for about a minute and a half seriously considered applying to the CIA. I liked the idea of writing about the road not taken. But there was also something else that drew me to this. The main characters are a long married couple. In The Lover’s Knot I’d written about the beginning of a romance and in Missing Persons I wrote about a relationship at its end. I was attracted to writing something about the middle bit, where most of us spend our lives, and trying to capture what is real and funny and important about that.

I’m a huge Erik Larson fan (I stop just shy of stalking him) so The Devil in the White City would definitely be on the list of favorites. The Time Traveler’s Wife does a great job of making Chicago a character (plus the lead’s name is Clare). All of the VI Warshawski series by Sara Paretsky, and Eight Men Out which I read not that long ago, and was fascinated to finally understand the 1919 Black Sox scandal.

I’m not big on writing in public because I tend to say dialog out loud and sometimes act out the direction (finger tapping, shrugging etc…) as I write. Though I travel a lot so I do write in airports. I guess I don’t care if I look like an idiot among people I won’t see again, but would prefer my neighbors not question my sanity. So when I’m home mainly I write locked in a spare bedroom/home office.

NY Times Bestseller Julie Hyzy has a new book coming out in October, a real departure for her called Virtual Sabotage. I can’t wait to get my hands on it. 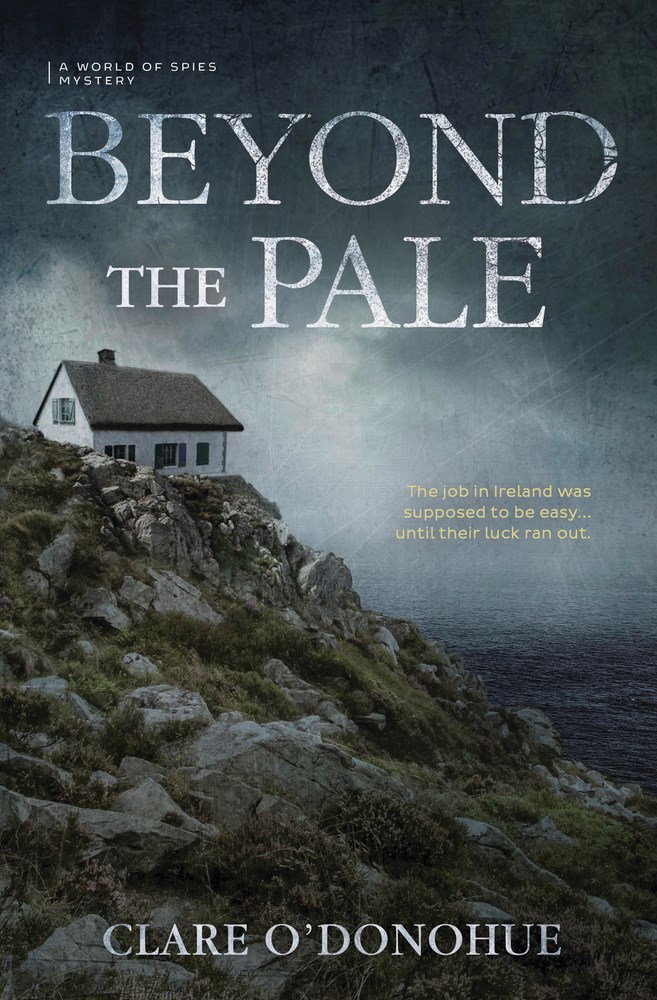 FICTION – MYSTERY
Beyond the Pale
By Clare O’Donohue
Midnight Ink
Published May 8, 2018