Samira Ahmed grew up an hour’s drive west of Chicago in the small town of Batavia, Illinois — perhaps best known as the home of Fermilab and its herd of bison — in a house that “smelled like fried onions, spices, and potpourri.” She lives in Chicago now (Hyde Park), but her YA debut, Love, Hate & Other Filters, is a coming-of-age story about a girl in Batavia, inspired by Ahmed’s own encounters with racism and Islamophobia.

How did you wind up in Chicago(land)?

My family moved from Bombay, India to Batavia when I was a baby — I can’t quite imagine the culture shock. I grew up in Batavia, where my book is set. Then moved to Chicago for college. After ten years in the city, I moved to NYC for 13 years and then Kauai for a year. The changing blues of the lake, the sun glinting off the ivy in Wrigley Field, and the smell of chocolate in the air brought me back home to Chicago. That, and selective weather memory.

I’m reading two books right now, Anger Is a Gift by Mark Oshiro — it’s a beautiful, heart-wrenching young adult contemporary that hits shelves on May 22. And I just recovered from late-in-the-season influenza, so I thought it was a good time to finally pick up Station Eleven by Emily St. John Mandel.

Love, Hate & Other Filters was a story that was with me for much longer than I realize, I think. The seeds of inspiration for the story — rooted in my childhood experiences of Islamophobia and growing up in a small Norman Rockwell-esque town — were swirling around in my mind for years, waiting for the right character to join the mix. About eight years ago, Maya, my main character popped into my mind and when I wrote a short story about her, those pieces came together.

​​What is your all-time favorite book about (or set in) Chicago?

I absolutely cannot pick one — so it’s a bare-knuckle brawl between Sister Carrie (Theodore Dreiser), House on Mango Street (Sandra Cisneros), A Street in Bronzeville (poems by Gwendolyn Brooks), and the short story “Lunch at the Loyola Arms” (Stuart Dybek). I feel like a brawl is an appropriate way to handle this question.

I don’t think she’s under-appreciated, exactly, but I don’t feel like poetry gets a fair shake and I think everyone should absolutely read Gwendolyn Brooks or, better, listen to her reciting her own poetry because her voice is like honey. “When You Have Forgotten Sunday” is one of my favorite love poems ever, you can start there.

There is a burgeoning community of writers of young adult literature in Chicago and so I want to give a shout out to some of my faves: Gloria Chao, Michelle Falkoff, Caleb Roehrig, and Amelia Brunskill.

I usually write in my attic space at home. I’m a pretty solitary writer. When I venture out to write, my two favorite places are the Mansueto Library at the University of Chicago, which is not exactly public, but is a beautiful space to write with the most incredible light, and the lobby of the Chicago Athletic Association Hotel– I adore the Earl Grey cream tea there and the clubby, cozy atmosphere is very conducive to writing.

The Last Witchdoctor by Rena Barron. I’m not sure of the pub date yet, but I think this book is going to be huge and I can’t wait to get my hands on it. 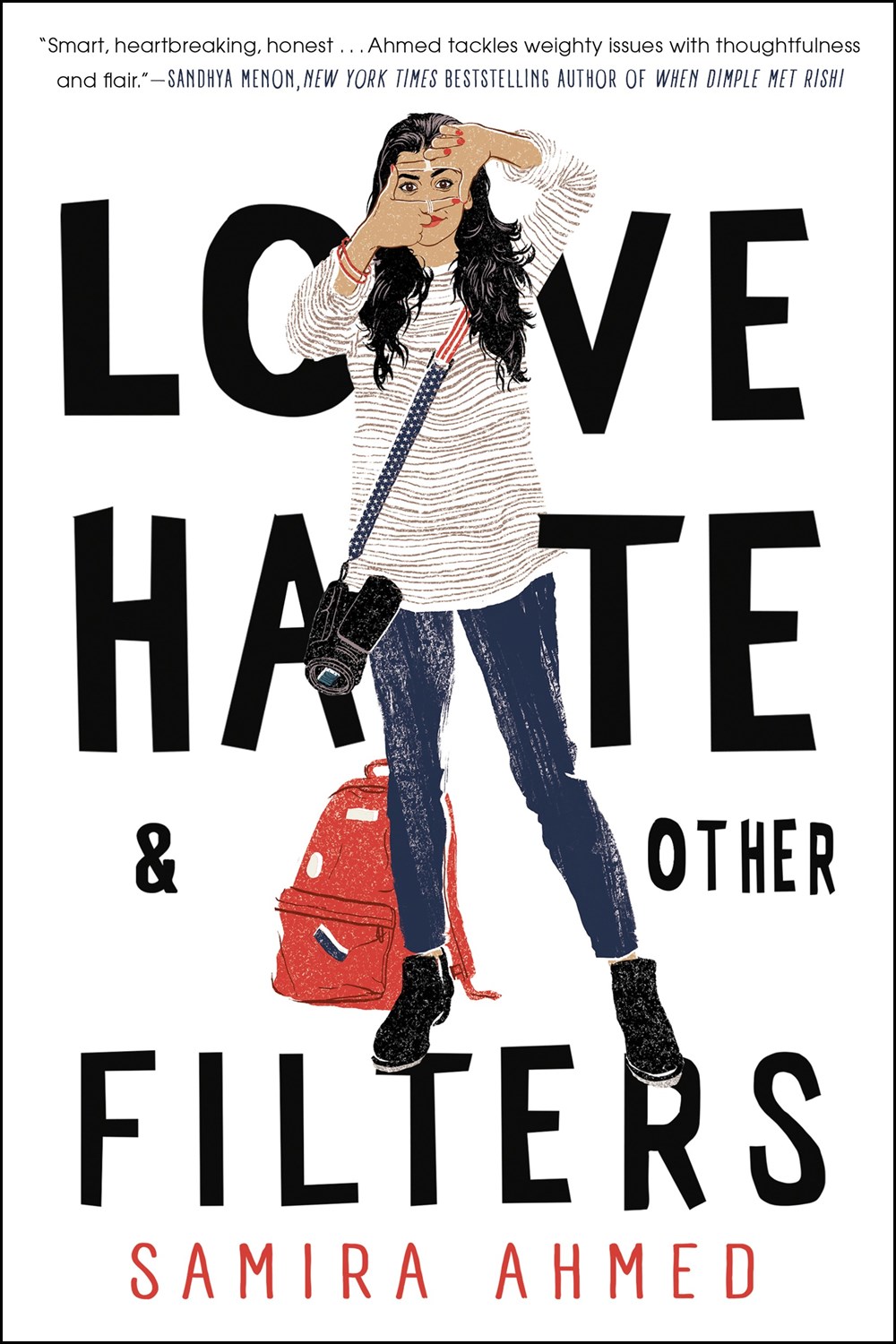 Samira Ahmed was born in Bombay, India, and grew up in a small town in Illinois in a house that smelled like fried onions, cardamom, and potpourri. A graduate of the University of Chicago, she taught high school English, helped create dozens of small high schools, and fought to secure billions of additional dollars to fairly fund public schools. She’s lived in Vermont, Chicago, New York City, and Kauai, where she spent a year searching for the perfect mango. Follow her on Twitter and Instagram @sam_aye_ahm.