A. D. Jameson is a lifelong geek and a PhD candidate in the Program for Writers at the University of Illinois in Chicago. In I Find Your Lack of Faith Disturbing: Star Wars and the Triumph of Geek Culture, he charts the rise of science fiction, fantasy, and superhero franchises like Star Wars, Star Trek, Harry Potter, Marvel, and Lord of the Rings, from their humble beginnings to their current hold on the box office. 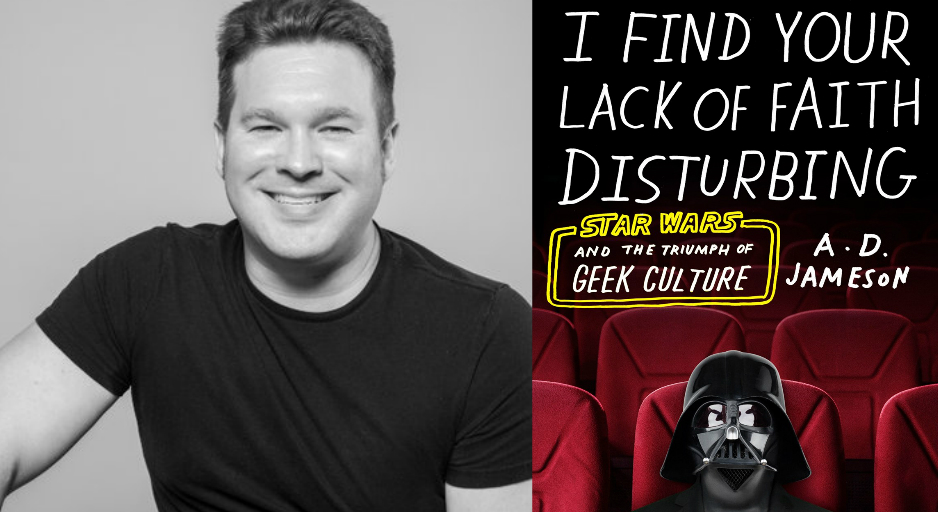 I was living in Bangkok (long story) and looking to return to the US. A lot of my friends from Illinois State University, where I did my Master’s degree, were by then living in Chicago, and they convinced me to come join them. As soon as I showed up, they all moved away, but I stayed.

I’m currently teaching a creative writing workshop, so I’m mostly reading my students’ story manuscripts. Which I love doing: each one is like a puzzle that needs to be solved, and they’re all writing such different things.

It was the confluence of several interests. I’m a lifelong geek, having grown up loving things like Star Wars, Star Trek, and X-Men. I also just completed my PhD, where I studied the nature of art and the relationship between artworks and the market. And I write fiction, and teach fiction writing, so I’m extremely interested in storytelling. All of those interests led me to wonder why geeks like the artworks that they like, and why those artworks have become increasingly popular, as well as increasingly commercially successful, over the past twenty years. My book tries to tell that story.

At the risk of being boring, it’s a tie between Native Son and Sister Carrie. (If you’d asked me about movies, I could have been less conventional, and named the immensely underrated Poltergeist III.)

What under-appreciated book/film/series do you wish everyone would read/watch?

I guess I just named one! But if you’ll permit me another, keeping in the spirit of my book, I’d say the 1989–90 comics miniseries Nth Man: The Ultimate Ninja, published by Marvel Comics. It was written by Larry Hama, who’s probably best known for helping to create G.I. Joe. Nth Man is set in alternative reality where the US and Russia are fighting WWIII, and Hama filled the comic with his many passions: ninjas, time travel paradoxes, feuding brothers, and experiments with the comics form. I wish Marvel would collect all sixteen issues as a graphic novel.

When I first moved to Chicago, I wrote at various coffeeshops—Bourgeois Pig, New Wave Coffee, Café Mustache—but these days I work more at home. I also write a lot while walking, using the voice recorder on my phone, so I guess you could say that I’ve written all over Chicago!

Do you think the current geek mega-franchises (Marvel, Star Wars, Star Trek, LOTR, Harry Potter) will still dominate the box office in 10 years time, or give way to new IPs? How about in 30 years?

In her great book The Frodo Franchise, the film critic Kristin Thompson argues that the star-oriented era of film production has given way to the franchise era. Essentially, production companies are now seeking to brand consumers as fans of particular franchises, then sell those fans oodles of related merchandise and experiences across a wide variety of media platforms.

The thinking is that consumers bond emotionally with the characters and the story—say Optimus Prime and Bumblebee—then buy branded goods and services of all kinds in order to continually reexperience that emotional high.

So franchises like Marvel and Star Wars and Harry Potter probably aren’t going anywhere, even though the bloom might eventually come off the theatrical rose. In the case of Harry Potter, the Fantastic Beasts series seems to be struggling to get off the ground, but the Wizarding World theme parks are doing extremely well. Those attractions, along with the new Star Wars and Avatar theme parks, offer a different way for fans to relive their favorite fantasies.

I imagine that even if mass audiences tire of nonstop Marvel and Star Wars movies, they’ll still want to connect with the characters, stories, and worlds that they adore, and companies will keep finding ways to monetize that desire—through YouTube, mobile gaming, alternative reality gaming, social media…. And there will be new stories and characters—there always are—but their creators will face commercial pressure to turn them into franchises. Even with smaller indie movies, like The Babadook and The Love Witch, fans can buy things like posters, t-shirts, soundtracks, and assorted other collectibles. (And if the creators don’t make those products, then their fans will!) 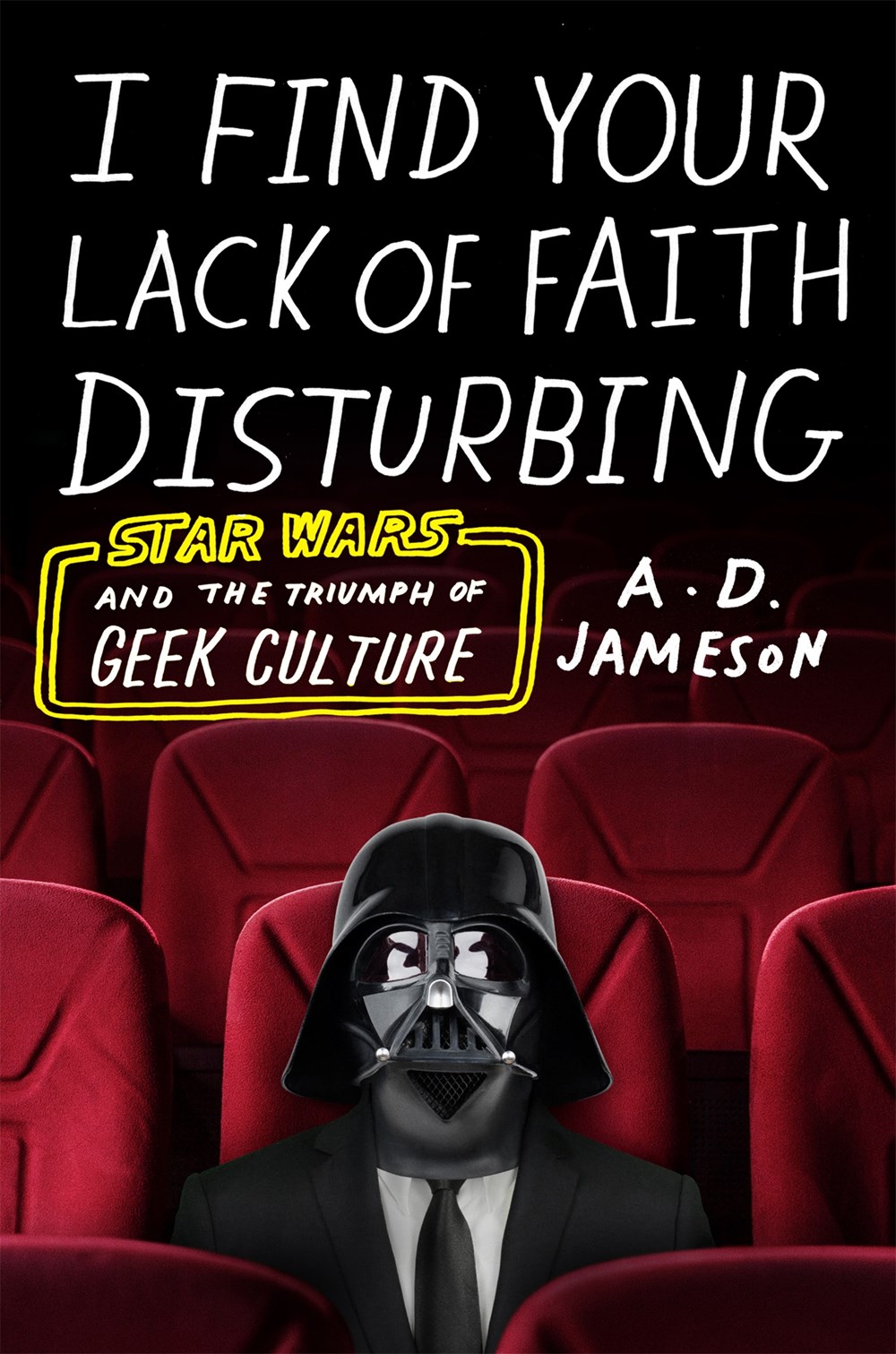 NONFICTION
I Find Your Lack of Faith Disturbing:
Star Wars and the Triumph of Geek Culture
By A. D. Jameson
Farrar, Straus & Giroux
Published May 8, 2018

A. D. Jameson is the author of five books, including Cinemaps, a collaboration with the artist Andrew DeGraff. A former blogger for HTML Giant, his fiction has appeared in Conjunctions, Denver Quarterly, Unstuck, and elsewhere. He is a PhD candidate in the Program for Writers at the University of Illinois in Chicago.