‘A Lucky Man’ is a Grand Cathedral of Short Fiction

Few writers conduct more electricity in their language than César Aira. In his slim, newly translated fictional memoir, The Linden Tree, Aira is at his best — full of conversational energy and nonstop whimsy. How much truth of his own childhood lies in this telling of a nonage is difficult to gather, but while there’s no separating fact from fiction, the narrator’s youthful fascination reads spot-on, and creates a sense of exuberance that surges throughout the whole story.

Set in the small town of Pringles, Argentina, the narrator’s early years are revealed in a string of interwoven and near inseparable anecdotes. There are no chapter breaks, no white space to divide the fast-moving narrative. This aesthetic decision feels consistent with the in-the-moment nature of childhood. The writing seems intentionally fast and ungrounded, a boat careening down white water rapids. It is a quick glimpse of the past rather than a reconstruction.

In contrast to the prose, the setting — a minute urban area filled with public spaces, gatherings of locals, and an enormous linden tree — is meant to be more concrete. Pringles is the unchanging foundation, and the townspeople—as a collective—move at a slower pace than the narrator. For example, “It’s incredible how important, and how insistently present, biological time is in small towns of the kind that are said to be ‘frozen in time,’ which do indeed have a chronology of their own. It’s something people think about, the object of constant calculations, never far from consciousness. It provides a link between children and adults. Even the most respectable and well-intentioned adults are always using the theme of age to communicate with children.”

At the pseudo-memoir’s center lies the looming specter of Peronism. Lining up the text with Aira’s life, the coup to overthrow and exile Juan Domingo Peron would’ve occurred when the author was six or seven years old. Pringles still feels the omnipresent ghost of the Peronist regime. Even (or perhaps especially) in a small town, national politics play into the quotidian lives of the residents of Pringles, but they’re filtered through the narrator’s puerile lens. That’s not to say the narrator is uninformed or naive, but rather that politics, emotions, and adult matters all seem at the edge of or outside his focus, unlike the momentary wonders of being a kid.

Aira’s father, a man larger than life, also possesses a strong hold over the narrator’s upbringing. He is an electrician who bikes around town with a ladder to various jobs. It’s difficult to pin down how successful he is in his profession and there’s a suggestion, really an underlying assertion, that much of the father’s unrevealed life from the narrator hasn’t been easy.

The narrator explains, “About my father’s earlier life, I never discovered anything, and I didn’t dare to ask. Somehow he had managed to create the impression, among the three of us, that the slightest movement of his thoughts in the direction of the past would trigger an irreversible nervous breakdown. Like those drive mechanisms with a fixed pinion that simply cannot operate in reverse.”

In this community, the narrator’s father hardly appears to be alone in trying to avoid thinking about the past. For both generations, the older due to political upheaval and the younger due to limited life experience, the momentum is moving forward.

In its brevity, The Linden Tree is ideal for a single sitting; a long train ride or an afternoon hiding from inclement weather. The vivacity of Aira’s language is more than enough to stay engaged in this sketch of his stand-in at a young age. While there’s no way to ensure the story’s indisputable authenticity, the emotions ring true, the writing is fun, and the ride is well worth the price of admission. 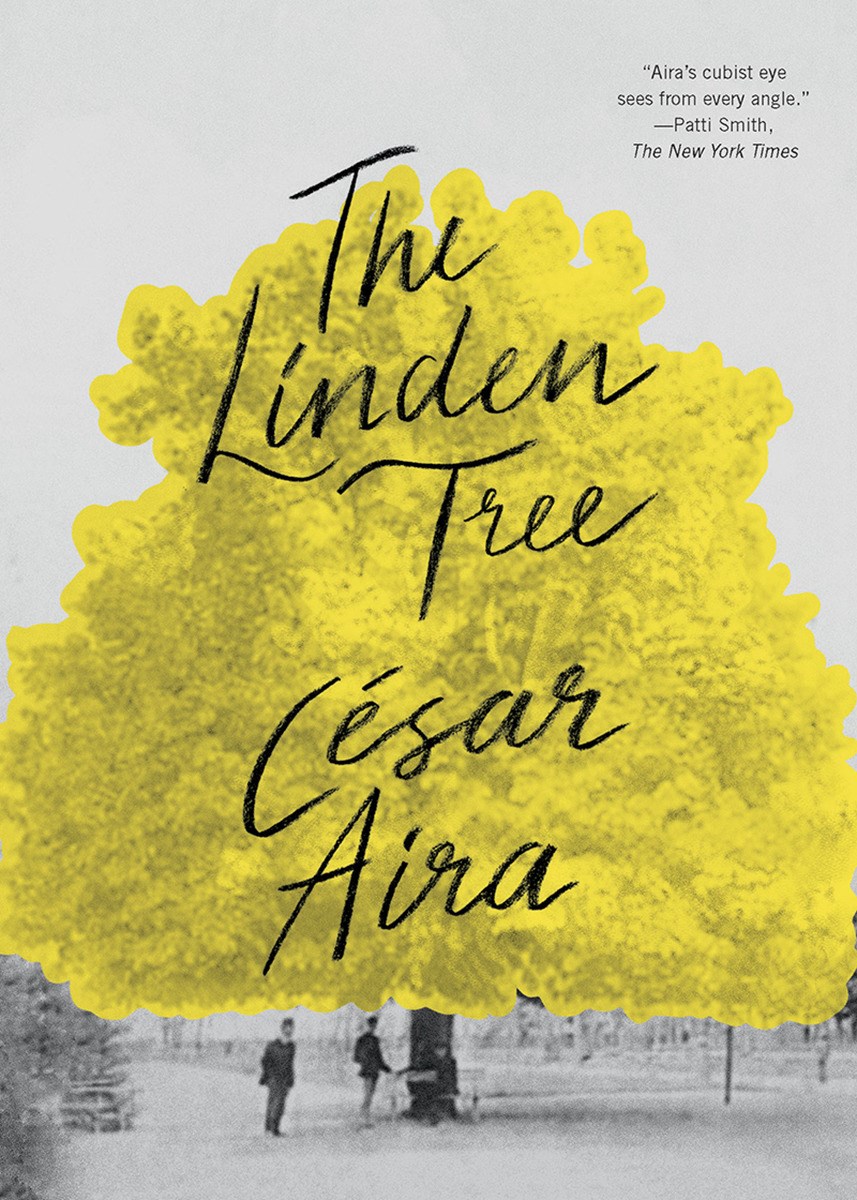 César Aira is an Argentine writer and editor who has published over eighty short books of stories, novels and essays. The Linden Tree is his most recent work in English translation.