Meet the 10 Sharpest Women in the History of Cultural Criticism

The plot of Joy Williams’s novel The Changeling, republished today in a 40th anniversary edition, goes something like this: a young woman marries the scion of a wealthy family, attempts to escape, and, after a tragic event, loses her sense of self under the controlling sway of the aforementioned family — as well as copious amounts of alcohol. And while that’s certainly an accurate description, it also doesn’t capture nearly half of what makes the book so appealing, or so utterly unsettling.

In the introduction to his 2017 book The Weird and the Eerie, essayist and critic Mark Fisher describes the weird as “that which does not belong,” which “brings to the familiar something which ordinarily lies beyond it, and which cannot be reconciled with the ‘homely’ (even as its negation).” Though Williams’s novel isn’t one of the works alluded to in Fisher’s book, that description of the weird neatly encapsulates the tone and sense of wrongness that resonates throughout The Changeling—a sense that something has gone very wrong, undergirded by the presence of ancient myths and an archaic way of perceiving the world.

Even The Changeling’s publication history is weird; this isn’t the first reissue. The first took place ten years ago, through Fairy Tale Review Press. Why did it require a new edition when nearly all of Williams’s other books have remained steadily in print? There’s a story there as well. That edition came with an introduction by Rick Moody; this new one, from Tin House, has an introduction courtesy of Karen Russell. To state the obvious: Moody specializes in social dynamics, personal relationships, and the disquiet lives of residents of the northwestern United States, while Russell has a penchant for stories involving transforming or altered bodies, the line between childhood and adulthood, and realms that go beyond strict realism. Reading The Changeling, it’s not hard to see why both writers have been drawn to it, even if their bibliographies seem to contradict one another.

From the first sentence of The Changeling, Williams makes use of the tropes, devices, and imagery of myths and fairy tales, even when they story seems at odds with them. “There was a young woman sitting in the bar,” it begins. This is Pearl; she’s there with her infant son Sam, having escaped her husband Walker and flown to Florida. Back at her hotel room, Walker awaits; cue flashbacks establishing how they met and how Pearl came to live on an island with Walker and his family.

At the end of one chapter, Walker “touched his face with his fingers.” When the flashbacks end, the nature of this gesture is clarified. “Walker’s caress pushed her halfway across the room.” Language, too, can be a liar in this narrative. “Perhaps Walker had not actually struck her. Nevertheless, she found herself sprawled on her back in the corner.” Here, Williams reminds us that Pearl drinks quite a bit: did she fall as a result of that, rather than from her estranged husband revealing an abusive side? Or are both things true?

Readers cringing at Walker’s behavior, take note: he’s not in this book for much longer. The couple and their son board a plane to head north; Pearl has a premonition of disaster, and soon enough, the plane crashes, killing Walker. More ominously, Pearl becomes convinced that Sam has been replaced by another baby, because earlier, she saw a golden-eyed infant in the arms of an old woman — a discordant image that informs much of what follows.

After Walker’s death, Pearl finds a home with Walker’s family, feeling estranged from them and from her own child as several years pass. The narrative, which had initially followed Pearl closely, fragments and incorporates the perspectives of other characters, including Walker’s ancestor Aaron. The meticulously arranged prose also undergoes a kind of transmutation, with long passages that veer into ecstatic modernism. There’s a sense that this novel is echoing Pearl’s alienation—from everyone around her, from her own body, from reality. But again, this isn’t a strictly realist work—and the way in which Williams references the unreal throughout is one of the things that gives it so much power.

In the novel’s first scene, that of Pearl and Sam in the bar, the narration wryly notes that “[t]hings in Florida sometimes presented the odor of cat piss.” And while this will likely put a smile on the face of anyone who follows the Florida Man Twitter account, it’s also the first of many allusions to the realm of animals, a primal space that becomes more and more unnerving as the book progresses. The island on which Walker’s family resides is on maps as “Hart Island”—though it resembles a heart rather than a deer. One of Giuseppe Arcimboldo paintings of a human face comprised of different animals hangs on the walls of their home. A conversation Pearl has with members of Walker’s family is juxtaposed with a mantis being devoured by his mate. A child is described as having “curled his hands into fisty paws.” Later, Pearl watches as another character, enraged, looks to be “all hoofs and teeth.” Later still, in a sequence both magical and horrific, Pearl witnesses a girl transform into a deer.

“And it was only for that instant that it seemed strange, before she was gone, before her form was gone. Her belly turned soft and swinging beneath her, holding her up. Her arms began to turn as long and tapered as her legs. Her face swung out flat and her nose turned black and became part of a soft, dark muzzle. And when that instant passed, and it seemed she wanted to speak, her tongue had then become a thick deer’s tongue and the hand she raised was a deer’s hoof, black and graceful, and her flanks were covered with tight, bright fur.”

When Pearl first learns the history of the family into which she’s married, she hears how the family’s founder, Aaron, made his fortune. It came through hunting—an occupation that came to a strange end. “[H]e stopped killing because the last animal he dispatched spoke to him,” Pearl is told. Throughout the novel, Williams juxtaposes Pearl with the long-gone figure of Aaron’s wife, Emma, suggesting that the past is merely an arm’s length away. As for what that animal told Aaron? It’s something that takes on greater narrative importance as human forms begin to blur and change: “Why are you looking at me dying? Soon you will be an animal dying, and people will be looking at you.”

Characters in The Changeling are trapped in myriad ways: in bodies they hate, in families they despise, in isolation that pushes them towards madness or illness. Much of the novel’s dizzying power comes from the juxtaposition of the familiar—a young woman who finds her own life caught up in that of the wealthy and powerful—with that which seems at odds with it: transformations, myths, and creation stories. But it’s through the plain-spoken figure of Emma that Williams offers one potential way out. In a flashback, the reader encounters Emma about halfway through the novel, and learns her favorite phrase: “Fuck Ovid.”

It’s a stark middle finger to narratives deliberately told, but it’s also a way of demystifying the combined power of wealth and the uncanny. There are few moments in this mesmerizing, harrowing novel in which the narrative allows for a meticulous clarity. Or perhaps a reversal is just another form of transformation, and Emma’s defiance is merely one more permutation of this very archetypal, very specific story that Williams so perfectly tells. 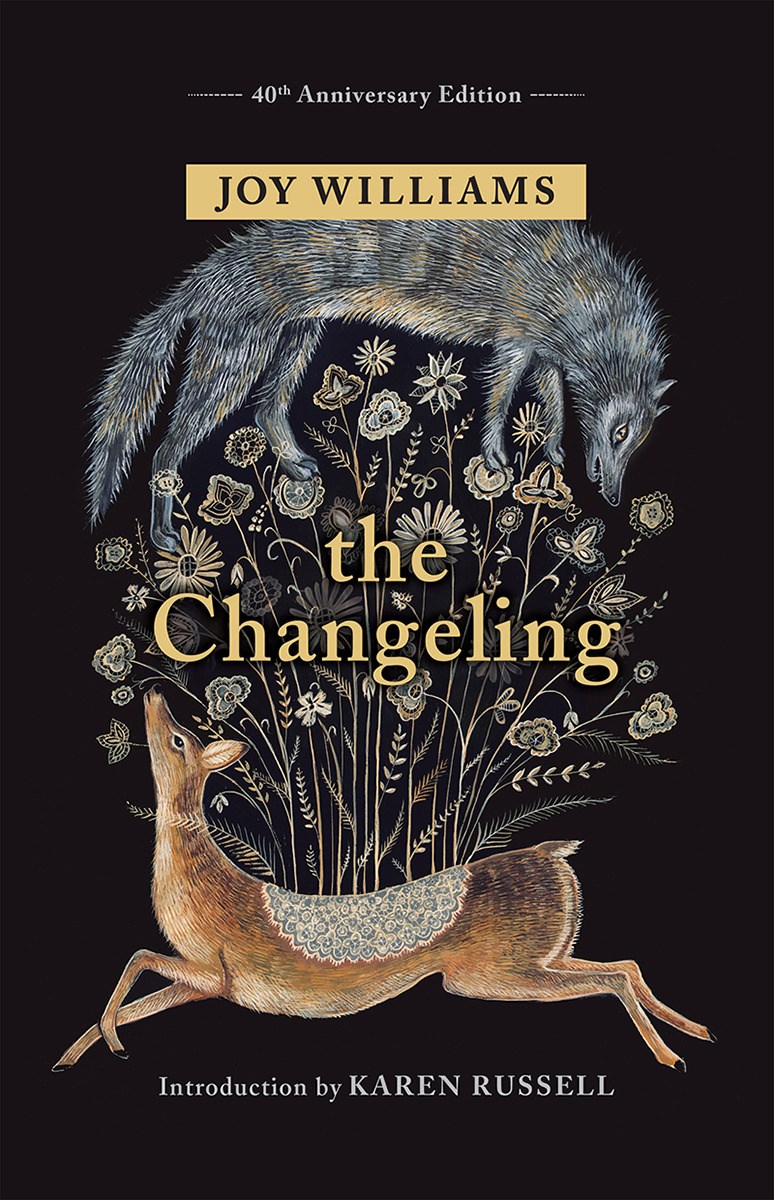 Joy Williams is the author of four novels, four previous story collections, and the book of essays Ill Nature. She’s been nominated for the National Book Award, The Pulitzer Prize, and the National Book Critics Circle Award. Her most recent title is The Visiting Privilege: New & Collected Stories. She lives in Tucson, Arizona, and Laramie, Wyoming.

Ecological Ruin and Postmodernism in “Harrow”

A Bride of Poetic Ambition in “More Miracle Than Bird”