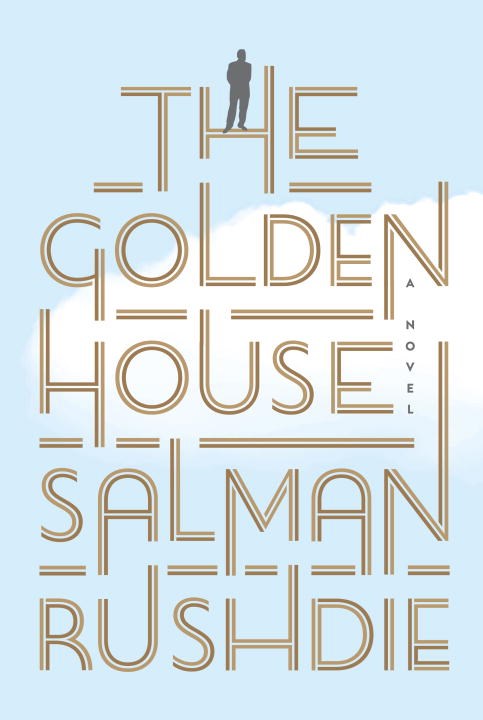 Like the annual song of the summer, the pounding earmworm that first graces and later plagues the radio, there are certain novels that seem to capture the sunshine and vibrancy of the warm season. These titles become fleeting cultural currency, a beach accessory bleached with UV rays and soiled by pool water. Some of these books become perennial favorites, while others come and go, slumping into hibernation once the weather cools.

Then there are the Salman Rushdies of the world. Few would argue against his placement as one of today’s most accomplished living writers, a legend who has faced a fatwa for the political and religious nature of his work. Rushdie’s prose is beyond much reprieve—there are few contemporary artists who come to mind that possess his ability to craft sentences. In this regard, The Golden House, his latest novel, is no exception.

Taking place in New York City, mostly in a wealthy gated community called The Gardens, The Golden House is narrated by Rene, a hyper-intellectual filmmaker and live-at-home son of wealthy academics. He is infatuated with his mysterious neighbors, the Goldens. Head of the household, Nero Golden is a foreign billionaire who has fled his country of origin and now enjoys a quiet life of extreme luxury with his three adult sons: Petya, Apu, and D, each of whom have their own quirks and esoteric notions of the world. Rene’s intent is to make his big break writing and directing a mockumentary about the eccentric Golden family, and in the process he becomes a trusted consigliere to each of the children as well as their elderly father. Rene’s close proximity and friendship give him a front row seat to the individual and familial tragedies that await the Goldens as the 2016 presidential election approaches.

Regarding the narration, Rene’s immense privilege and erudition are quickly placed in context, which both complements the prolix flare of Rushdie’s writing and adds an air of doubt to Rene’s perception of the world. Indeed, the narrator warns:

“Yes, I suffer from hyperbole, it is the previously existing condition for which I need health care, but just sometimes a paranoid man is really being pursued, just sometimes the world is more heightened, more exaggerated, more hyperbolically infernal than even a hyperbolist-infernalist could ever, at his wildest, have dreamed.”

The fantastical is certainly always at arm’s length in The Golden House. Throughout the novel Rene tells two truths: he expresses a detailed documentarian’s recollection of events, but also subjects it to his fabulist lens, complete with all the accoutrements of an academic upbringing. Make no mistake, The Golden House is a pop culture jamboree. Rene’s narration is chock-full of obscure film and book references, flooded with the artistic minutiae of the well read. His education and class thus grant Rene a sense of contemporary, burnt-out ennui, the youthful feeling that things are only bound to get worse for himself, the Goldens, and the world at large.

“When I looked at the world beyond myself I saw my own moral weakness reflected in it. My parents had grown up in fantasyland, the last generation in full employment, the last age of sex without fear, the last moment of politics without religion, but somehow their years in the fairy tale had grounded them, strengthened them, given them the conviction that by their own direct actions they could change and improve their world, and allowed them to eat the apple of Eden, which gave them the knowledge of good and evil, without falling under the spell of the spiraling Jungle Book Kaa-eyes of the fatal trust-in-me Snake.”

Kaa, here, could be numerous perpetrators: the Internet, Trump, fascism; take your pick. Rushdie forcefully brings today’s politics into play, a theme that complicates where The Golden House lands in our current cultural landscape of gifs and op-eds. Bizarrely, there is both Trump and shadow Trump, with Nero Golden functioning as the latter. Like Trump, Nero is vastly wealthy, made his fortune in real estate, and has a plethora of shady, Mafioso business dealings. They are not the same (and we’ll get to that in a minute), but they occupy the same gilded airspace. Nero, indeed, feels like a watered down, less fame-crazed version of the asshole occupying the White House.

On the other hand, Trump, the man himself, creates the majority of the novel’s shortcomings. Rene summarizes the Donald’s meteoric rise in politics using an extended metaphor in which Hillary Clinton is Batwoman and Trump is the Joker, the punch line of DC in D.C., but the result feels reductive and cartoonish. It’s a flat jab that comes across as marshmallow satire. Rest assured, Rushdie hits all the talking points, but any serious critique, the intellectual vitriol needed as Gotham crumbles, never reaches the page. In many ways, The Golden House feels almost too current, a novel that will read better ten years from now than it does today.

Then again, that could be nothing more than an oversensitive takeaway. The role of politics in fiction has long been subject to debate.

However, the cultural commentary doesn’t end with Trump; instead, the novel sets out to touch on politics on a broader scale. Rushdie aims at a hodgepodge of current issues, with gender identity and economic disparity near the top of his list. In all, though, nothing is off limits. Yet, at nearly 400 pages, there are plenty of words devoted to political subject matter, but all of it reads like two year’s worth of tickertape rather than wisdom. Rene opines:

“What is a good life? What is its opposite? These are questions to which no two men will give the same answers. In these our cowardly times, we deny the grandeur of the Universal, and assert and glorify our local Bigotries, and so we cannot agree on much.”

And so, ironically, Rene becomes the keeper of all the conflicted politics of the Gardens and attempts to make them universal. Despite the softball cultural critiques, The Golden House is a joy to read when taken at face value. It’s hard to not have fun reading writing at Rushdie’s level of craftsmanship. It’s clever, intimidating, jocund, and electrifying, but seems a little too polite in a time of need. Rushdie’s return to realism perhaps called for Nolan’s dark knight rather than the speech bubble Pows! and Bams! of yesteryear.

There’s still time to catch some sun and devour a good book as the summer wanes. This one is perfect for the occasion. But don’t expect any solace; the Joker’s here to stay. At least we all had a few laughs.