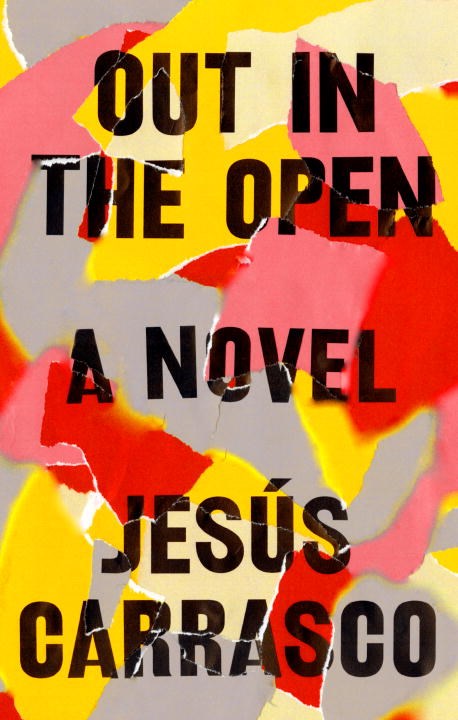 This month brings the first U.S. edition of Out in the Open (originally Intemperie in Spanish), the 2013 debut novel by acclaimed Spanish writer, Jesús Carrasco. It opens on a young boy fleeing his village in a dystopian world ravaged by drought. He meets a religious goatherd, whose valuable—if gruffly delivered—ethics lessons double as insights into how to survive the desert plain they call home. As they seek to outrun a bailiff looking to capture the boy for a handsome reward, they work together to overcome hardship and reassure the other of their humanity in the face of tremendous pain and violence.

The novel won several awards when first published, including the European Union Prize for Literature and an English PEN award, and it’s easy to see why. Beyond its timely themes of environmental catastrophe and forced migration, the book is written in spare, precise prose that lends it an epic feel. It’s no wonder, then, that Carrasco has already earned comparisons to Cormac McCarthy.

I discussed that comparison with Carrasco, as well as his love of the ancient Greeks and another key influence—the searing heat and punishing weather he experienced growing up in 1980s Spain. 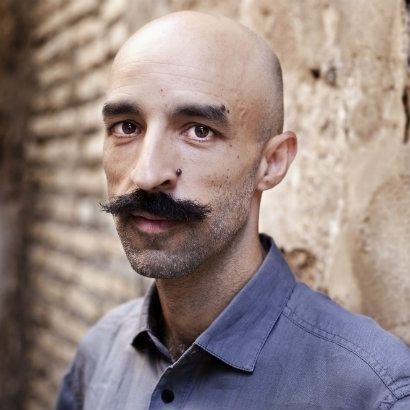 Amy Brady: Out in the Open has won several awards, and critics have been raving. Why do you think this novel resonates so much?

Jesús Carrasco: That’s a really good question but I’m afraid I don’t have a definitive answer. When I write I try to follow my intuition as a sort of compass. Otherwise it is impossible for me to complete a novel. I mean, if I were to try to satisfy what I thought the taste of an ideal reader would be, I would automatically get lost.

Amy Brady: The novel is rife with mythic elements: the setting, the sparse language, the constant tension between good and evil. When writing this book, did you draw on any specific myths that you can share with us?

Jesús Carrasco: I grew up in a catholic family. My father especially was a very devout man. I went to church every Sunday until I was 14 or 15 years old and I always felt fascinated by the symbolism and beauty of the Bible. Literary beauty, I could say. Particularly the Old Testament, which is one of the most powerful texts that you can read. I think some of that fascination, along with my appreciation for classic Greek literature, is in the book.

Amy Brady: The image of the castle is one of my favorites because it embodies so many contradictions: it is both majestic and ruinous, an ominous presence and yet something like a safe haven. Is it based on a real place?

Jesús Carrasco: Yes it is. That castle, or more accurately, the ruins of that castle still stands on the plain that surrounds the village where I grew up, in the central region of Spain. I took that familiar landscape as the place in which to let the story unfold. I can remember vividly when I saw the silhouette of the tower for the first time. I was probably nine or ten years old and I was part of the village’s Red Cross Youth Group, a sort of Scout Group. We went walking towards the abandoned village where the old castle stood to spend the day. I remember, while we approached, wondering if the figure on the top of tower was a man looking at us or not. When we arrived we discovered a sculpture of the Holy Cross of Jesus with its hand up as a sign of blessing. Unfortunately the ruin is now on the verge of falling down.

Amy Brady: As an American whose president just pulled out of the Paris Climate Agreement, I found it difficult not to think about climate change when reading your novel. Was your landscape inspired by climate change, or perhaps a fear of where climate change might lead us?

Jesús Carrasco: What you read in the novel regarding the harsh climate is actually a true description of the kind of weather which we experienced when I was a child. The lack of water was something that really left a mark on me. I am talking about the ’80s in Spain, when we started to listen to news about the ozone layer, though I think it would be rather risky to relate the dryness that I depict with what we know today as “climate change” or “global warming.” That harshness was enhanced by the poor water distribution system that we had in that time. Anyway, we could take the story in the book as a sort of warning of what is coming or what is already the current conditions experienced by millions of people. Regarding the USA’s withdrawal from the Paris Climate Agreement, I truly consider it, modestly, as terrible news for the world and, of course, for your country.

Amy Brady: Much of the book reads like a lesson in ethics. Beyond its literary value, do you also hope it’s instructive to readers?

Jesús Carrasco: I always avoid the idea of being instructive. I prefer to serve the raw events to the readers and leave them to come to their own conclusions. I have tried to explore the possibilities, portrayed many times in literature before, of putting together two people, one at the beginning of his life and the other at the end. The combination between the curiosity of someone who is facing life’s challenges for first time and the experience of a person who has lived for a long time, always produces a kind of chemical reaction. And that is what I think happens in the book. The reader can observe that reaction and its final result, in this case, love.

Portrait of the Artist Transforming Grief in “Time Is a Mother”

Amy Brady: Out in the Open has earned you comparisons to Cormac McCarthy. Is he an influence? Who else influenced your work?

Jesús Carrasco: Yes, he is. He is one of my favorite American writers. My first attempts to write fiction, when I was twenty-something, were deeply influenced by the reading of Raymond Carver. And following that first scent I discovered the short stories of John Cheever and John Updike. I could mention many other great American authors such as Paul Auster, Richard Ford of Carson McCullers.  Aside from American authors, I really like Georges Perec, Garcia Marquez, Natalia Ginzburg and, of course, Cervantes.

Amy Brady: What’s next for you?

Jesús Carrasco: I am in the process of writing my third novel which I would like to finish, hopefully, at the end of next year. In between times, I am writing short stories and, from time to time, some articles.

FICTION
Out in the Open by Jesús Carrasco
Riverhead
Published July 4, 2017

Jesús Carrasco was born in Badajoz, Spain. Out in the Open is his first novel and has been published in more than twenty-one countries. That book won the author multiple awards, including the European Union Prize for Literature and an English PEN award.

Tags
Dystopia Jesus Carrasco Out in the Open Spain