Erica Bernhiem is the 2017 winner of Arcturus magazine’s inaugural award for poetry. Her three award-winning poems,“Sinkholes in Florida,” “Origami Bird with Flapping Wings,” and “Glory Hole Roulette” exude wit and discomfort with just a dash of social commentary. I was lucky enough to speak with her about the poetry of ethics and etiquette, as well as her love of advice columns.

Chrissy Martin: First of all, congratulations on winning the 2017 Swati Award for Poetry! Can you tell us a bit about yourself and what drew you to poetry? 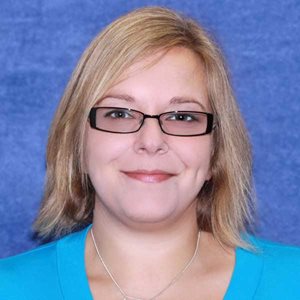 Erica Bernheim: Thank you! I have lived in central Florida since 2008, but spent most of my life prior to that in the Midwest: Ohio, Iowa, and Illinois. Now I teach creative writing at Florida Southern College in Lakeland, and before that I lived in Chicago for about ten years.

I don’t clearly recall a time when I wasn’t writing or trying to write, but it wasn’t until about halfway through earning my undergraduate degree that I began writing poetry with any sort of desire to do so. Before that, I was much more focused on writing short stories, despite my lack of interest in plot and general inability to write dialogue. Poetry made sense to me in a different way (I’m obsessed with line breaks on billboards, for instance), and I happened to start reading Robert Creeley, whose work made me want to try and write poems, if not poetry itself.

Chrissy Martin: In the three poems published in Arcturus, you go from sinkholes, to the non-existent breasts of an origami birds, to Sisyphus. It’s clear you have many different subjects pulling at you; what do you feel compelling to write about or around? Is there anything you find yourself coming back to in your poetry?

Erica Bernheim: There are also poets I return to continually, not just Robert Creeley, but also Elizabeth Bishop, James Dickey, Gwendolyn Brooks, and Denis Johnson, for instance. In the poem you mentioned, “Origami Bird with Flapping Wings,” I was partially interested in poking at the holding patterns of tension between new and old, the sense of responsibility towards the maintenance of tradition and the annihilation of tradition, and what happens next. I’ve always been interested in the natural world as a way of exploring that idea, and I know that world enters my writing quite a bit, hopefully in an interesting way. Certainly since moving to Florida in 2008, I’ve developed a different (and often quite humbling) relationship with geography and nature, so those are topics I am continually revisiting and ones I can’t seem to escape, maybe because I don’t want to.

Chrissy Martin: Your work questions what is appropriate—sometimes it’s etiquette and other times ventures into more ethical concerns. I’m thinking about the openings of “Sinkholes in Florida” and “Origami Bird with Flapping Wings,” which begin respectively,

“The same people who love fracking

“Scientific accuracy aside, a bird does not
have breasts, will never be in trouble for
sending photos of them to people who

How do ethics and etiquette play a part in your writing?

Erica Bernheim: As a child, I loved reading Emily Post and Dear Abby (I spent a lot of time in eye doctor’s offices with limited options for dilated pupils), and had a fondness for the stories I would find contained in people’s queries. What kind of person steals guest towels, and how should that person be confronted, if at all!? How could a mother-in-law treat a daughter-in-law like that in front of everyone who matters? The narratives behind the letters were always intriguing to me, not to mention that these strangers were admitting to doubting their own capacities to respond and connect appropriately with people in their lives, which to me seemed like a true moment of vulnerability.

Etiquette, however, should not interfere with morals; the philosopher H.A. Nethery has pointed out that etiquette can be a way of creating exclusion or preventing voices from being heard, functioning to mask a different agenda.

Also, etiquette, like language, is unstable and continually in flux. What might have seemed polite or necessary years ago no longer is. Of course, technology plays a part in this, just thinking about things like thank-you notes and whether or not they should be hand-written (the answer? it depends!). Poetry lets me, to some extent, write my way out of the ethics of collective identity. In a poem, “we” can be layered with complications and—for me—does not strive to include readers in its assertions.

Chrissy Martin: Is there a poem or subject that you’ve always wanted to write but haven’t been able to?

Erica Bernheim: For me, this question is connected to the previous one in that there are, perhaps, deeply personal things I haven’t written about because they involve other people, so maybe I do have more ethical concerns than I think! Often I think I might want to write about one thing and then it turns out to be about something entirely different once it’s on the page.

Your Favorite Book with Jean Thompson

I don’t like to be overtly autobiographical in my writing, at least not directly (I’m a fan of the poetic swerve), so I’ve never written a poem called, “The Time that Thing Happened,” even if a poem is about That Thing That Happened. Part of the problem, especially for women who write poetry, is that people generally assume it’s autobiographical, or will use the “confessional” label in a derogatory, dismissive way.

Chrissy Martin: Who are you reading right now? Do you ever find your work in conversation with other writers?

Erica Bernheim: I was recently in Seattle and the poet Rick Barot took me to Open Books, the most amazing poetry bookstore ever. If you’re ever in the area (Open Books 2414 N. 45Th St. Seattle, WA 98103), you have to go there, and they do also accept orders by phone and will ship books to you. While I was there, I picked up the following: This is the Homeland (Mary Hickman,) The Gold Cell (Sharon Olds), Lunch (D.A. Powell), Sunny Wednesday (Noelle Kocot), and Brenda Shaughnessy’s So Much Synth, which is the one I’m most obsessed with right now.

I do read quite a bit of fiction, though, and was tremendously moved by Mary Gaitskill’s Veronica recently, so much so that I attempted several poems inspired by her prose, one of which turned into “Rear-ended.”

Chrissy Martin: What are you working on right now? What’s next for your writing?

Erica Bernheim: I have a second book-length manuscript which I’ve been sending out, so I’m crossing my fingers and waiting to hear back. I also have recently completed a chapbook of Florida poems; it may be a requirement for any writer living in Florida to write about it eventually!

In addition to my own poetry, I’ve been doing some critical writing in the form of reviews and interviews. I mentioned Rick Barot a moment ago, and I recently published a review of his third book, Chord (which I highly recommend), in Denver Quarterly. Writing reviews forces me—in a good way!—to read closely and think about a book as a collection, almost like an exhibit in a museum, and I’m grateful for the opportunity then to be able to write about that reading experience and the particulars that stood out to me as the observer. In the past few years, I’ve written about Erica Dawson, Ching-In Chen, James Pate, and Dean Young, among others, and it’s something I hope to continue.

Erica Bernheim grew up in Ohio and Italy. She holds degrees from Miami University, the University of Iowa Writers’ Workshop, and the University of Illinois at Chicago. She is currently Associate Professor of English at Florida Southern College, where she directs the creative writing program. Her first full-length collection, The Mimic Sea, was published by 42 Miles Press (Indiana University South Bend) in 2012. She is also the author of a chapbook, Between the Room and the City (H_NGM_N B__KS, 2007). Her work has recently appeared or is forthcoming in Denver Quarterly, DIAGRAM, the Iowa Review, and Cutbank.