The Best Nonfiction Books of 2016 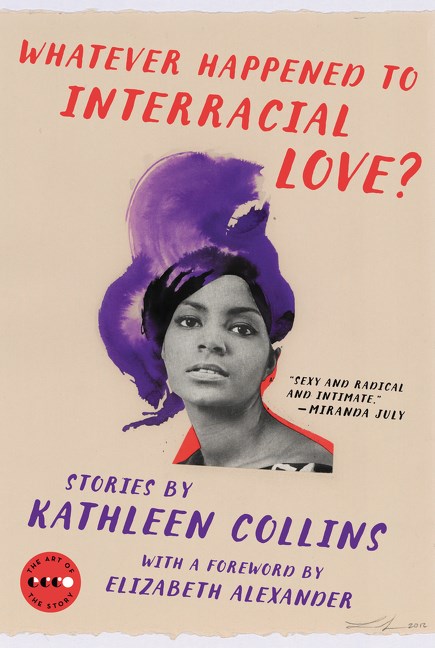 In her song, “Weary,” Solange uses her signature cradling tone to warn Black women about the harrowing ways the world will treat them. This is more of a ginger reminder, however, since her acknowledged audience already knows. She’s really enlightening the bystanders when she sing-sighs, “You’re feeling like you’re chasing the world/You’re leaving not a trace in the world/But you’re facing the world.” This suffocating state of being pressed deeper into the Earth upon trying to rise has always been the default setting for Black women—and Kathleen Collins is a prime example.

Solange spent four decadent years bringing her latest album, A Seat at the Table, into fruition. In behind-the-scenes footage, we spot her writing lyrics from the depths of a purple hammock in New Iberia, making melodies by candlelight, and going over intricate sonic details with her crew. This album proved to be a marked success and was timely in its arrival; Solange may boast a light, breathy tone, but she is brutally honest in how she tells the history of being Black in the United States. Still, what’s truly unprecedented about this album is the aforementioned intimate four years Solange spent tending to it. For a Black woman, daughter, sister, and mother to carve out time to herself to perfect her art—more time than it takes to wipe her brow or rest her feet a spell—is unheard of. Solange took the time all the Kathleen Collinses of the world were never afforded and used it to reflect on their legacies, so she could create something both for them and by them.

Kathleen Collins radiated with #BlackGirlMagic long before Black women started donning the hashtag on coffee mugs and reciting it in their daily affirmations. She attended Skidmore College for her undergraduate years, where she studied French and served as an activist with the SNCC during the Civil Rights Movement. When she won a John Whitney Hay scholarship in 1965, she used it to pursue her masters in French Literature at the Sorbonne. While in Paris, she took a course in literature to film adaptation, which led to her steadfast pursuit of cinema.

But as it seems to go for many Black women artists, Collins’s love affair with her craft was cut short. She died of breast cancer in 1988 when she was finally beginning to make headway in her field. At 46, she left behind an unfinished screenplay, an unfinished first novel, and a stage play. Fortunately, she did complete one project: her 1982 film Losing Ground. It was recently remastered to great acclaim, and the only critique appears to be that audiences wished they’d had the chance to see the first feature film produced by a Black woman sooner.

In the foreword to Whatever Happened To Interracial Love?: Stories, Elizabeth Alexander writes of Losing Ground as a wish fulfilling entity. She says, “It would be many years before I would have the revelatory experience of seeing Losing Ground and encountering this extraordinary black female protagonist who was dazzlingly familiar to me.” And when she finally does have the opportunity to attend a screening of Losing Ground during its re-release, she rejoices. In her excitement she asks, “Oh, and did I say everyone in the movie would be beautiful, in the quotidian way of black people who are lit from within by the power of living in the free zone of ideas and creativity?” Alexander isn’t alone in being doubled over with joy upon viewing Losing Ground. For many Black creatives, it’s a rare moment of onscreen relatability that’s long overdue. Despite not getting the wide release it deserved in the eighties, this film still feels groundbreaking against the backdrop of the tail-end of 2016. And now, with the unearthing of Whatever Happened To Interracial Love? we are gifted with another posthumous Kathleen Collins gem that also somehow feels timely. And it’s not at all uncomfortable like a Tupac hologram—it’s more like finding an unopened letter from a dear old friend.

Whatever Happened To Interracial Love? is teeming with dreamy but ultimately misguided men and the the women who thrive in spite of them. In “Broken Spirit,” a three-pager that packs a punch, we have an unhinged South African journalist in need of French lessons. Of him, his French tutor recounts:

“I’d come in the door and he’d start to tease me about how all ‘educated female American colored ladies’ should immigrate to Swaziland. ‘I know hundreds of girls like you,’ he’d say, ‘and they’re not neurotic and lonely like you ladies over here.’ ”

Well, for those of us lonely, neurotic Black girls who don’t have the luxury of immigrating to Swaziland, Kathleen Collins’s book of delicious short stories—brought to light again by Brigid Hughes of A Public Space—proves to be a salve for neuroses in its own right. The final question posed in this collection is “Does that sound like a fine little meal?” and the answer is a resounding yes. Whatever Happened To Interracial Love? is a meal worth requesting for your last. But if you’ve time to spare, it’s one that will surely become a regular part of your diet.

Kathleen Collins, who died in 1988 at age forty-six, was an African-American playwright, writer, filmmaker, director, and educator from Jersey City. She was the first black woman to produce a feature length film.