Join Us and Martin Seay at the 2016 Chicago Book Expo 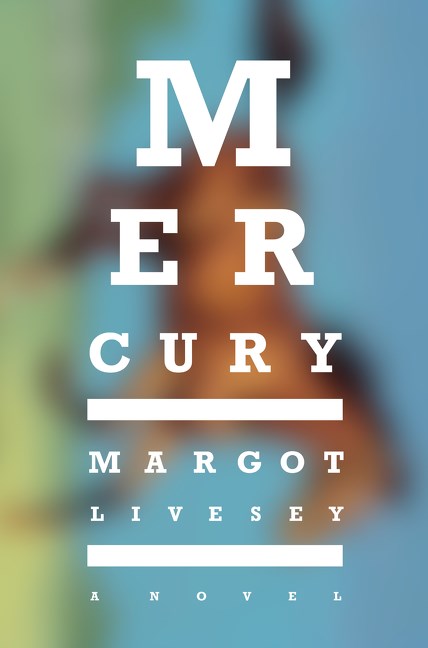 Best-selling Scottish novelist Margot Livesey writes about decent, regular people who wander into moral morasses. For instance, in her novel Criminals, a nice English banker finds an abandoned baby in a bus station bathroom. He’s in a hurry and it’s raining, so he takes the baby with him and figures he’ll alert the authorities when he reaches his sister’s house at the next stop. But she desperately wants children. Next thing you know, days have gone by and they still have the baby.

Her latest work, Mercury, introduces us to a middle-class Massachusetts couple, Viv and Donald, who are approaching 40. Nothing is exactly wrong in their lives—they’re on the lucky side of average—but neither really feels fulfilled either.

The novel asks how much fulfillment a person should really expect.  Is the idea that we can ever attain all that we desire cultural?  Livesey suggests that Americans have this tendency, and it’s a little hard to look at ourselves in the mirror she holds up.

Viv had dreamed of being a champion horse-rider for most of her life. But between juggling kids, a suburban house and a daily commute, her life has nothing to do with horses.

A brush with death years earlier gave Viv the sense that she’d been granted a second chance and she’s sure she’s squandering it. As a step toward reshaping her future, she leaves her high-powered job in finance and begins running Windy Hill Stables with a friend.

Donald is from Scotland—this is Livesey’s first novel set entirely in the United States—and didn’t choose to live in the U.S.; his parents moved him as a child, he repatriated, then his father’s Parkinson’s diagnosis forced him back to the U.S.

Donald is a trained ophthalmologist working as an optometrist in his own practice, but if it weren’t for the irregular hours he’d rather be a surgeon. It’s Donald’s love for his family that landed him, like Viv, in a less-than-ideal situation as far as his own ambitions and desires go.

Enter Mercury, a new boarder at Windy Hills and the most splendid horse anyone has ever seen. A horse of the gods. Viv’s dream horse. She sees her chance to reach for glory.  It’s easy to feel excited with her and want her to have her blue ribbons, but at the same time feel very trepidatious about her choices.

Without the horse owner’s permission, Viv takes Mercury to a famed out-of-state trainer to ask if she and the horse make a championship-level team. The trainer tells her, “People often make their horses sound like the second-coming. I’ve learned to be a tad skeptical. But you underplayed this one.” Mercury is a 17-hand high, five-year-old, dapple-gray Thoroughbred.

The novel is not a mystery, but due to its tight linear structure — the story of a few months’ worth of events told from both Donald’s and Viv’s points of view — it should be handled as such to avoid a spoiler. Suffice it to say that Viv decides owning a gun will ensure Mercury’s safety, and no amount of head-shaking or hand-wringing on the reader’s part will set her on a saner path.

But, just as important to the progress and tension of the story as the gun, Livesey’s characters pose near-unanswerable questions to themselves and each other: “Which is worse? Breaking a promise or telling a lie?”

“Isn’t it better to lie than to hurt someone?”

When is an action a mistake; when is it a crime?

“Which matters more: ideals or people?”

The author doesn’t force answers to these questions, rather presents them to readers as keys to unlocking the mettle-testing cages she builds around her characters. The strain of the ethical and moral dilemmas rips at Donald and Viv’s marriage until it’s in pieces.  But Livesey’s use of these difficult, open-ended questions corrals readers to ask themselves if they’d fare any better.

Ultimately, the novel seems to suggest a cultural culpability for the characters’ failures; we are taught to work toward our most ambitious dreams even as the expectation of adherence to a socially acceptable family model anchors us in the mundane.  Viv, and we, ferociously defend any ground we’ve gained — only to realize what we’re defending against is the stability and love offered by our families.

Mercury is a page-turner, but the aftertaste smacks of sadness and uncertainty, with just a shred of hope that an equilibrium might be reached between ambition and family.