A Chicago Literary Publicist Wants to Help with ‘Your Book, Your Brand’ 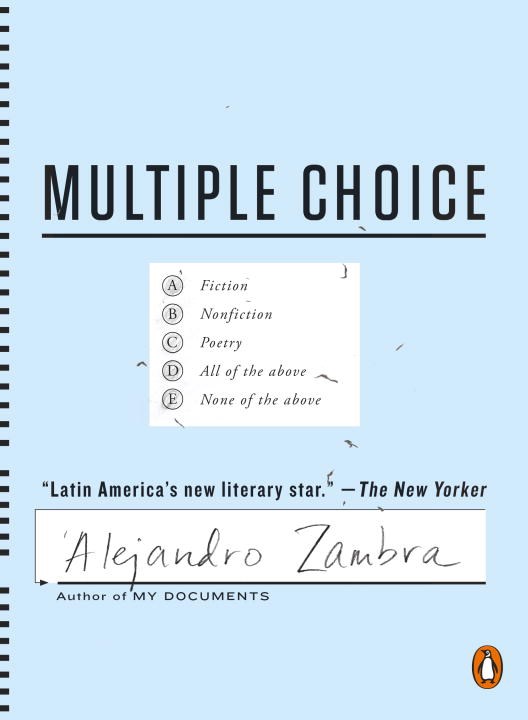 In Alejandro Zambra’s debut, Bonsai, two young lovers lie to one another about having read Proust. The boy concocts a story in which he read Proust during a summer in Quintero, where “no one spent their summers.” The girl declares she read the books the previous year, “the most important months of my life as a reader.” These lies, the first each tells the other, never become known. The couple begins to read Proust together, pretending it’s a rereading and “simulating the greatest intimacy.” When he announces that only now does he feel as though he were truly reading Proust, the young lovers grow closer, complicit in the same willfully false memory.

Zambra’s playful fictions often dwell on these types of false memories, which, willfully or not, fog consciousness. His first two books, Bonsai and The Private Lives of Trees, present obvious misgivings about stories and seamless plots. Both novels contain characters of the young, melancholy writer variety, and both use metafictional tropes to cloud their stories and dismantle a reader’s trust. Though these devices could have succumbed to the common trapping of a book only about itself, Zambra’s precise deployment of these elements doesn’t harp on its own cleverness.

Coursing through the Chilean writer’s work is an obsession with the fictitiousness of memory and shared stories. His later books—Ways of Going Home, My Documents, and, most recently, Multiple Choice—have the same metanarratives that threatened to cage the first two novels in the minds of their depressive characters, but their focus expands into an overtly political terrain, and Zambra’s writing, delivered with newfound urgency, reaches a higher, more combustible register.

Ways of Going Home, about a young writer recounting a time in childhood when a girl had him spy on a supposed Communist, contains the political realities the prior novels had only hinted at. Meanwhile My Documents advances its predecessors’ explorations of the various erasures and fabrications that enveloped Zambra’s generation growing up under Pinochet’s regime. And in Multiple Choice, the Chilean writer exerts his considerable talents to perforate the collective memory that filtered down from the state to its citizens.

Each section requires a different technique for reconfiguring the material; one has you eliminate difference; another asks you to make stories of fragments; a third instructs you to fill in the blanks. Often the choices give no good answer, or provide five equally viable ones. A typical question from the first section, where you have to take a group of words and expunge the singular one, might be:

At first the answer seems obvious, E, but then the double-meaning of ‘face’ arises, leaving no word secluded and you with just a muddled guess.

Other options bend toward the playful:

As is typical, the question demands the reader’s engagement, only to immediately poke fun at any sincere efforts for resolution.

The differences between choices don’t so much alter the text’s supposed facts as produce a shift in tone or emphasis that exaggerates some parts while obscuring others. These insidious shifts allow for a kind of doublethink to occur, leaving both characters and reader confused and uncertain. Through this omnipresent confusion, Multiple Choice argues against concerted efforts to reach at some fundamental truth, suggesting such a discovery is impossible and constructing a world where truths are personal and arbitrary and, in being so, useless. The book, in its dismissal of verifiably correct answers, leaves no common ground for discourse.

The rearrangement questions ask that you order sentences into a paragraph. One reads:

I selected ‘E’ because I liked the consecutive “You cry,” and because ‘E’ made the dream a memory rather than a premonition. There’s no real argument for any one choice above the others, so choosing feels pointless. Still, Zambra’s ingenious scraps make it all too tempting to take a stake in the options and to choose a route regardless of logic, an act the book’s final section shows as pernicious.

In the three “Reading Comprehension” texts, Zambra provides Multiple Choice’s only real ready-made narratives, fleeting as they are. Beginning with a story involving the nation’s Academic Aptitude Test within the schools and ending with a letter from a father to his son, the three texts descend from the political to the personal.

Poignancy and Optimism in “The Past is Red”

Their dispute, begun when one guest predicts the newlyweds will seek annulment in a few years, evokes the disjointedness their Chilean state encourages. This Chile allows for annulment, for the retroactive erasure of a marriage, but not for divorce, a possibly inconvenient truth. Years later the prediction turns true and the narrator and his wife must rejigger their past: “We had to declare that neither she nor I had lived at the addresses that appeared on our marriage contract and we had to find some witnesses who would attest to it.”

Altering the official narrative reconfigures the narrator’s conscious experience. Of his wife he says, “Of course I remember her name, though I think I’ll eventually forget it, someday I will even forget her name.” And he describes the end of their marriage as a dissolution of their selves, saying, “I gradually annulled her and she me, until finally we were both entirely annulled.”

Regardless of your desire to draw meaning and themes from these skeletal texts, Multiple Choice requires you to reduce the lively prose into a vessel for lessons. One question gives five titles and asks which is the most appropriate. Another demands you play armchair psychology on a character of whom we only catch a glimpse. Others require you to “infer from the text,” determine its tone, and say what the “purpose of the story is.” In one particularly lacerating question we’re asked, “Which of Mr. Segovia’s following statements is, in your opinion, true?” All answers read, “You weren’t educated, you were trained.”

This could be said to the reader as well. Through its demands, Multiple Choice trains you in how to read it, so what feels disjointed and senseless at first becomes dangerously seamless and fun. Though it is only the latest iteration of Zambra’s obsessions, Multiple Choice’s interactive format engages the reader in a way none of his previous works had, and it feels like a significant step in this writer’s emergent corpus.

In reading Multiple Choice, we become complicit in the creation of meaning and the forming of narrative that the book so obviously disparages. And yet Zambra is such an obviously skilled storyteller, as evidenced in his previous books and in Multiple Choice’s closing texts, that his spare but vivid prose seduces us. So you read the texts, you compile the scraps, you find that irresistible story, that precious meaning, you draw these out, and, like two young lovers, you and the prose become wedded via the lies.