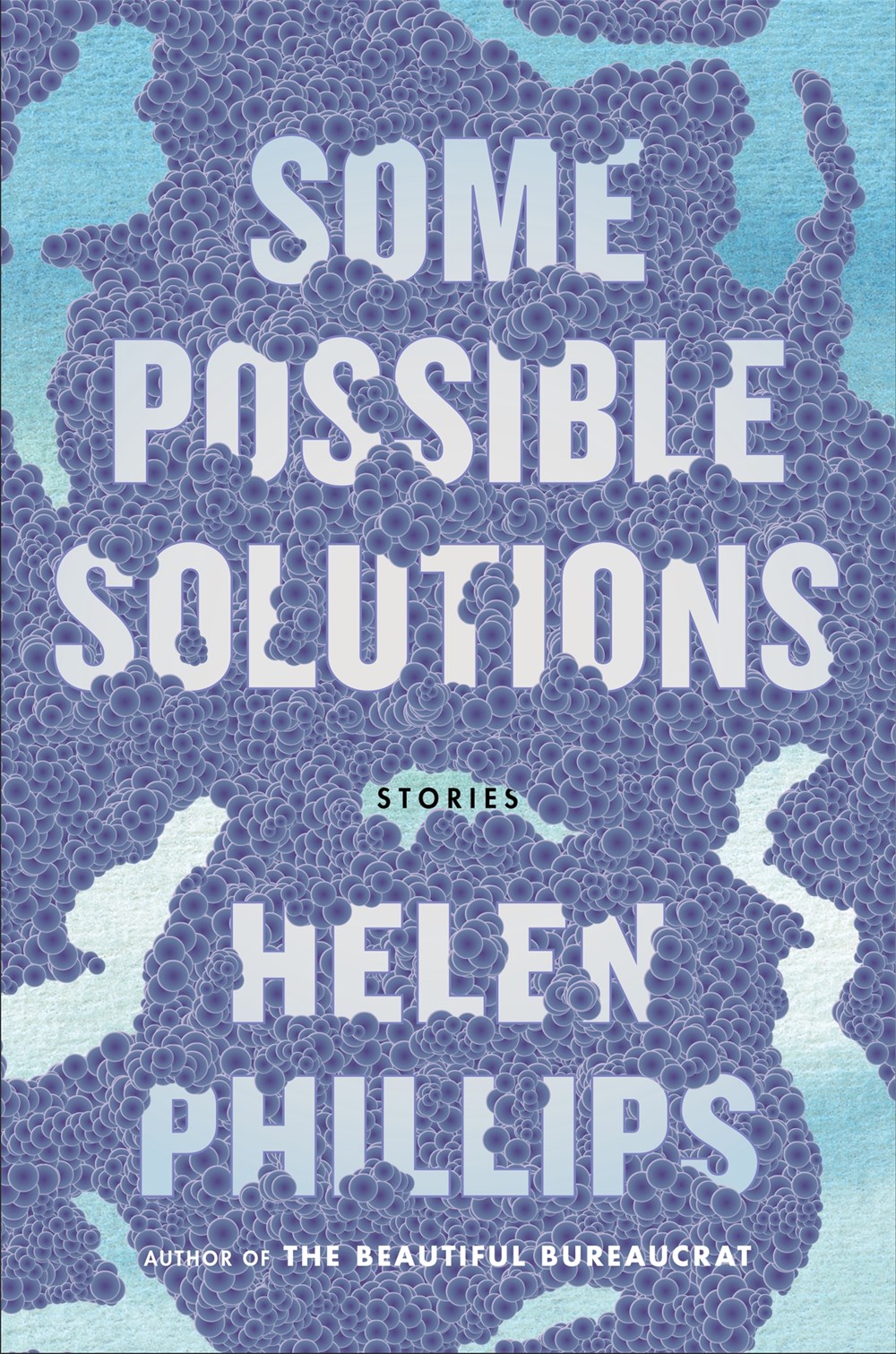 Helen Phillips’s most recent collection, Some Possible Solutions, opens with a story called “The Knowers.” It takes place in an alternate reality—or perhaps a possible future—when everyone has the option of learning the date of their death. One half of a couple decides to find out their death date, while her partner remains steadfast against ever knowing. As they grow old together, their relationship is both enriched and strained by the knowledge. The story is in turns funny and heartbreaking, setting the tone for the collection as a whole.

I recently had the chance to speak with Helen about what inspires her work, the importance of writing about women’s bodies, and how anxiety can help a writer better connect with her readers.

Amy Brady: I love your work and recommend it often. But when I’m asked what kind of fiction you write, I’m never sure what to say. How do you describe your work to others?

Helen Phillips: I like to say that I’m interested in evoking worlds and situations that feel like an alternate reality of some kind. My writing has elements of surreality, science fiction, and fantasy but it’s always in the interest of illuminating something about the actual world we live in. I remember sharing my story “Contamination Generation” from Some Possible Solutions with some early readers, and a question that came up was: is this the world now or an alternate world sometime in the future?  I told them that the fact I’m even being asked that question makes me very happy. It might have been an editing comment, but I took it as a compliment.

Amy Brady: So many of the stories in Some Possible Solutions depict an Earth that’s suffering from environmental destruction. Do the topics of climate change and environmentalism concern you outside of fiction?

Helen Phillips: Yes, definitely. I have a lot of anxiety about how we treat our environment, as I think we all should. One of the stories that came out of that anxiety was “The Beekeeper,” which I actually wrote about ten years ago. I’d just read this article about the mysterious disintegration of bee colonies. It sounded so science-fictional at the time. The fact that these creatures, which are such symbols of fecundity, were—and are—under threat struck terror into me. The article left me imagining a rather dystopian scenario.

Also, I’m originally from Colorado, where I did a lot of backpacking in my youth. Through that experience I formed a relationship with the natural world, which has become foundational for me creatively.

Amy Brady: You live in New York City now. In what other ways has Colorado informed your writing?

Helen Phillips: I feel quite formed by Colorado. I grew up in a place where you could walk for two hours and not see anyone, where there was this incredible access to solitude and nature. I suppose that upbringing has most concretely manifested itself through my interrogation of humanity’s relationship with the natural world. That said, I love living in New York, and in some ways, it’s not all that different from Colorado. I feel like our idea of what is “natural” is limited. The whole universe is natural. When I look at the skyline of Manhattan, I get a feeling similar to when I look at the Rocky Mountains. In both places I feel a sense of the sublime and of grandeur, a reverence for life. People living in urban environments can have a relationship with the natural world, and in my writing I like to imagine what that relationship looks like.

Amy Brady: One of my favorite things about your work is the way it looks unflinchingly at the events of women’s bodies: pregnancy, menstruation, the fear and frustration of not getting your period. Why do you focus on these themes?

Helen Phillips: I feel like grounding my work in the female physical experience gives dignity and agency to the female body, which we don’t see often.

I’m actually working on a novel right now that involves breastfeeding. I have two young children, and I can say that the experience of breastfeeding turns you into an animal. It’s so bizarre to just have this nourishment flowing out of you. It’s also really empowering. You have to wonder how God could have ever been envisioned to be a male, because the female body is so obviously the generative body. But breastfeeding is also dark and disturbing. You could be in a meeting and all of a sudden your milk will come down and your bra will get all wet and you feel like your body is reminding you that you’re an animal instead of the professional woman that you’re trying to be in that moment. But we can be both at once: a woman in a professional context and an animal who’s leaking milk. It’s absolutely surreal.

Writing about women’s bodies also allows me to explore the fraught relationship between the physical body and the mind: Are we animals or are we machines? Are we driven by reason or more by instinct, and which is better? I like my writing to describe physical experiences that bump up against intellectual questions.

Amy Brady: Do you think that fiction plays a role in changing how people think?

Helen Phillips: That’s certainly my dream and my hope. I like to believe that fiction leads people to have greater knowledge and a stronger emotional resonance with the world. When I read an author who’s writing about something I never thought about before, I feel expanded by it. Perhaps it’s too ambitious of me, but I hope that some of my work might expand people’s willingness to talk about anxieties surrounding climate change, the future of the planet, raising children, committing to someone else in marriage, death—anything that they’re scared of. In fact, I feel like my writing often comes from a place of being scared and of trying to figure out how to express that fear and deal with it. Once I put that fear on paper, form metaphors out of it, it’s still there. But, hopefully, it’s been alchemized into something productive instead of paralyzing.

Amy Brady: It must be nerve wracking to put something so personal in your fiction and then have people read it.

Helen Phillips: It is! In the months before a book comes out, I’m very nervous—not about whether the book will be successful, but about having myself out there. But at the same time, I feel like the way to touch a reader’s vulnerability is by going to a place of your own vulnerability. And that’s why I’m willing to do it even though I feel it’s quite terrifying.

Amy Brady: Do you read other writers who put that degree of vulnerability into their work?

Helen Phillips: Well, I think that any great work of fiction—or art, really—has a component of vulnerability to it. One example is Maggie Nelson’s The Argonauts, which people have responded incredibly to. When I read it I couldn’t believe she was so generous to share that much of herself with me. It’s so powerful to have someone express such dark desires, fears, and experiences. It gave me courage and the permission to do the same.

How Helen Phillips Wrote ‘The Doppelgangers’

A Mother Fights A Home Invasion