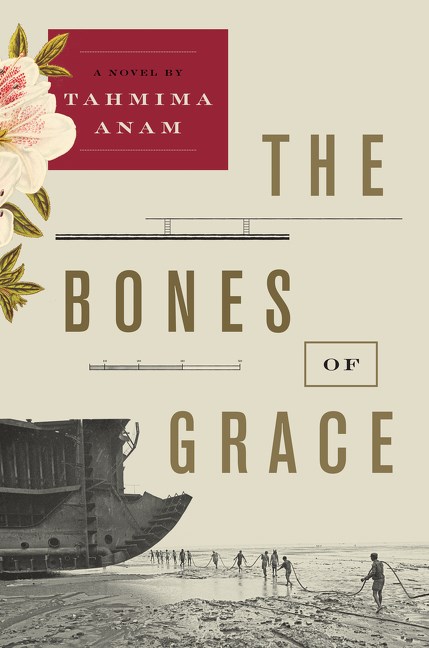 On a Wednesday night in April 2016, an Al Qaeda jihadist took a hatchet to Nazimuddin Samad at a traffic stop in Dhaka, Bangladesh for writing a blog post in protest of religious fundamentalism. Samad’s death followed five other murders of outspoken Bangladeshi writers in just fourteen months. The killing spree sparked international attention as well as a call by PEN American Center for world governments to investigate why and how these murders keep happening.

Tahmima Anam, who was born in Bangladesh, has publicly joined the conversation, but her thoughts on the subject are far from succinct. In a recent op-ed for The New York Times, she criticized Bangladesh’s government for contributing to the suppression of writers. But elsewhere, she has requested that reporters ask her less about the country’s politics and more about human relationships. Her reason? She’s a novelist, not a journalist, and by abstaining from responding to more political matters, she is “making space for…other questions,” the kind that fall more squarely within the purview of fictional storytellers—the ones about why we love who we love and long for those we can’t have.

Given Anam’s multiplicitous views of her birth country and her role in representing it in fiction, it perhaps comes as no surprise that The Bones of Grace offers poignant examinations of both the political complexity of Bangladesh and the nuances of human behavior. The haunting novel completes her Bengal trilogy about Bangladesh’s war of independence and introduces Zubaida Haque, the adopted daughter of Bangladeshi freedom fighters.

Having come of age in a time of relative peace, Zubaida eschews her parents’ political aspirations for scientific ones, choosing to pursue a paleontology degree at Harvard. In Boston she feels out of place as a shy loner. But then she meets Elijah, an American man whose restless spirit matches her own. They know each other only a week before she leaves for Pakistan to join a team of paleontologists on a fossil dig, but his influence on her heart is profound. She can’t forget him, even as the dig ends tragically, and she returns to Bangladesh to marry a handsome—and very wealthy—childhood sweetheart.

It’s Zubaida’s divided feelings for two different men that propels the novel forward, but The Bones of Grace is more than a romance—it’s also a tale of self-discovery. Zubaida is as vexed by the mystery surrounding her adoption as by the question of which man to love. In Dhaka, she’s miserable but too afraid of straining ties with her family to tell them how deeply she wishes to know her birth parents, let alone that she’s fallen in love with someone other than her husband. But her sadness does not go unnoticed. A family friend presents an opportunity for her to assist a filmmaker in Chittagong who’s making a documentary about shipbreakers—men (and boys) who work themselves sick tearing apart abandoned cruise ships. Zubaida accepts the invitation and leaves immediately with hope that time away will help her to determine once and for all which direction her life should take.

The chapters that follow Zubaida’s arrival at the shipyard are rife with heartbreaking contrasts: the serene quiet and majesty of the ships throw into sharp relief the sweat and blood on the bodies of exploited shipbreakers. Zubaida’s wealth emphasizes the abject poverty of the area, and the workers’ bravery highlights her cowardice. At times the descriptions grow abstruse in their level of detail, but mostly they lend poetic insight into Chittagong’s effects on Zubaida’s tumultuous psychology.

Subtlety and Longing in “Whereabouts”

The book is at its lyrical best when focused on the two massive bodies that serve as its symbolic frame: the fossil remains Zubaida leaves behind in Pakistan and the remains of Grace, a broken ship in Chittagong that becomes the primary subject of Zubaida’s film. Indeed, Anam’s ability to represent Zubaida’s emotional journey through her acts of caring for and documenting both bodies is a paragon of metaphorical precision.

Touching, provocative, and poetic, The Bones of Grace brings to life one of the world’s most turbulent places. Yet the novel achieves its power not by focusing on political unrest but by chronicling the difficult life transitions of a passionate young woman. Zubaida startles and fascinates as she questions cultural tradition and personal loyalty, and it’s thrilling to cheer her on at every turn.

Re-Authoring a Life in Reema Zaman’s ‘I Am Yours’