Courage in the Face of Hatred: Sex Object by Jessica Valenti 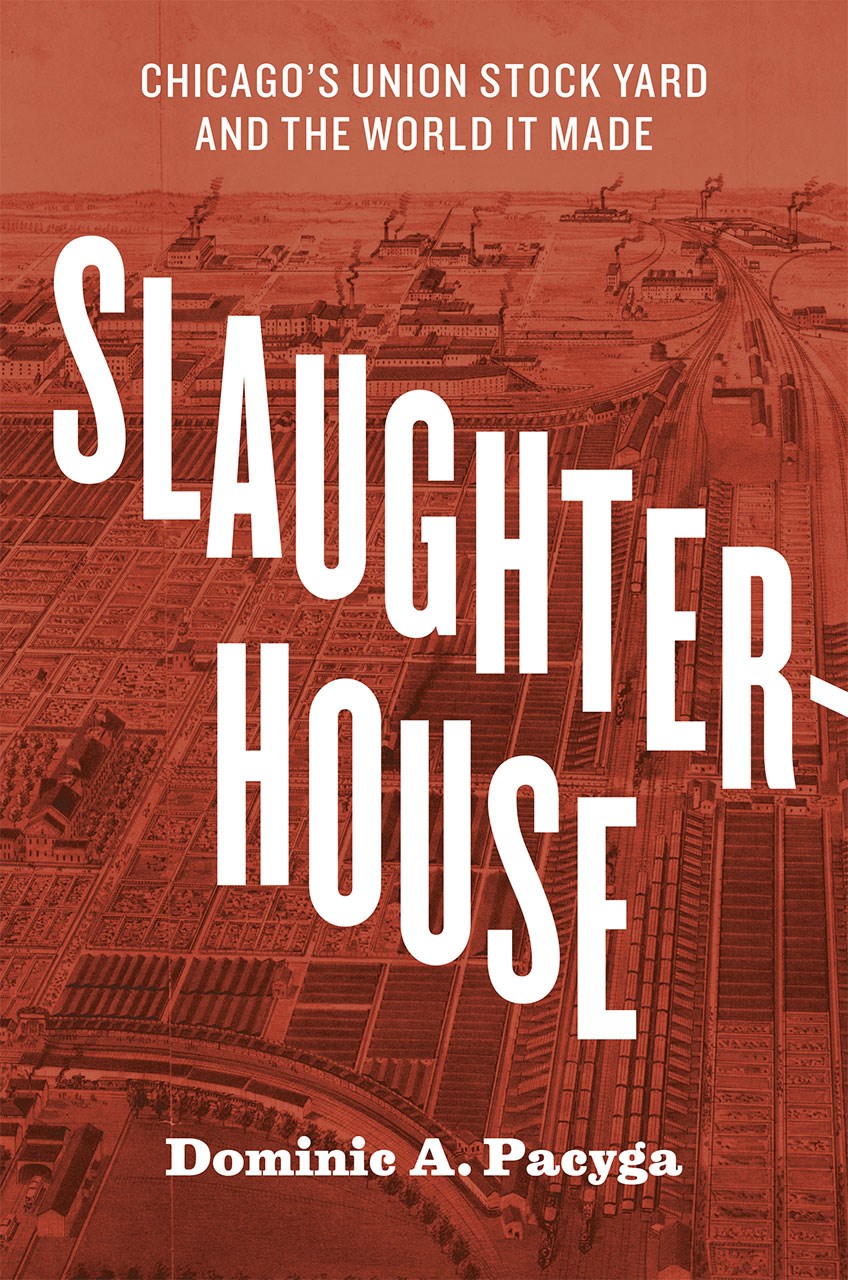 Chicago historian Dominic Pacyga’s latest book Slaughterhouse: Chicago’s Union Stock Yard and the World It Made, chronicles the 150-year history of Chicago’s infamous Union Stock Yards—a history that’s as gnarled and complex as one of the city’s five-pointed street corners. Pacyga is also the author of Chicago’s seminal book of history, Chicago: A Biography. He teaches at Columbia College Chicago and is a regularly consulted historian on Chicago Public Radio’s Curious City.

I recently spoke with Pacyga about his own experiences working at the yards and researching the book, as well as the impact and legacy of the Union Stock Yards on Chicago today. Here’s an edited transcript of our conversation.

Gretchen Lida: What made you want to write about the stockyards?

Dominic Pacyga: Through all of my work, the stockyards have always been in the background. I also worked in the stockyards as a livestock handler and a guard. My mother worked in the packinghouses, and both of my grandfathers did, too, so it was always a part of my life.

I went to work in the yards in 1969. I worked for the Union Stock Yard and Transit Company, who owned the marketplace. I never saw a slaughter until I wrote this book and I felt I had to see one. So I called up a buddy of mine whose family owns a meatpacking plant, and they allowed me to witness the kill floor.

Gretchen Lida: What was it like seeing an animal slaughtered for the first time?

Dominic Pacyga: It was fascinating, but you quickly understand that it’s just a job. You can get all philosophical about it, and you can write like Upton Sinclair did about the great squeal of the universe, but at the end of the day, it’s just a job. My friend gave me a box of lamb chops afterward, and they were pretty good.

There are two slaughterhouses left in Chicago, Chiappetti’s and Park Packing. Goat-eating is a big thing with Croatians and others, so Park Packing slaughters about 200 pigs a day and then some goats, whereas Chiappetti slaughters about 3,000 lambs a week. This is a small number compared to the old packinghouses. Big packinghouses, such as Armour’s or Swift’s, could slaughter as many as 6-8,000 hogs, 1,500-2,500 cattle, and another 5-6,000 head of sheep, and that was just in one day.

It was mass industrialization. I talk about this in the book as the idea of “the modern.” Because of this, the stockyards became a major tourist attraction. At the turn of the century, some 500,000 people a year came to tour the packinghouses. They were led by uniformed guards with ramps around the tops of the kill floors so people could look down at the entire process. As late as the 1950s they brought children into the packinghouses to see the hogs slaughtered.

Gretchen Lida: Why was slaughter considered a tourist attraction?

Dominic Pacyga: I think it was just a different attitude. I think they thought this was “modern,” that this was the industrial world you were going to work in, so you should see it. I remember taking a tour of where my father worked at Western Electric.

Gretchen Lida: Was manufacturing a larger part of education back then?

I worked in the stockyard as a summer job and then I went back to school, and when I came back they hired me on as a guard until it closed. There were always jobs in the summer because men would take vacations, and they would always need the help. Kids don’t do that these days because there are fewer jobs. I grew up in a neighborhood that was surrounded by factories, so there was always someplace to work.

The reason I went to the stockyards was that I was working at a steel mill and I hated the job. Most of the big packers had already left between 1952 and 1961, so it felt like walking through a ghost town at all these abandoned factories in the area known as Packingtown.

I thought I would walk all the way to Halsted from 44th and Ashland. The cattle market was there, and I thought, “Wow, this is kind of cool, I didn’t know they were still here.” So I walked into an employment office, and then the next night I was herding hogs in the hog house. I loved it.

Gretchen Lida: What did you love about it?

Dominic Pacyga: I was outside. I was working with men whose company I enjoyed, and we talked about things, politics and everything else. I liked working with the animals, too. We would get the livestock down the lines. We would move them and pen them. We would fill out the forms and wait for more stock to come in. On a busy night, we would have 12,000 cattle come in, and 12,000 cattle is a good deal of work.

I was a young kid. I could run around in a way that I can’t now. There was also a little bit of danger. I got knocked down by hogs and almost gored by a bull, so there was always that little bit of excitement.

What’s there now is fascinating, too. There are a lot of green industries like the Testa Produce Plant and the The Plant, which is run by John Edel. He’s an entrepreneur who buys old buildings and fixes them up and then rents out space to small food companies. He has indoor farms, a tea company, a mushroom farm, a bakery and I believe he now has a brewery in there.

The building he has now is the Peer Packing Plant, where my grandfather got hurt and died from his injuries. I had never been in there, but a French Canadian film company wanted to see Edel’s operation, and they wanted me to go with them. So that’s when I met John, and we struck up a good friendship.

There are still small packinghouses that bring in chilled meat from the surrounding area like Great Western Beef and the Chicago Meat Authority. Vienna Beef is moving down there. Even now, 150 years since the stockyards opened, you still see men running around the neighborhood in bloody white frocks.

Gretchen Lida: How have South Side neighborhoods like Back of the Yards changed now that the stockyards are mostly gone?

Dominic Pacyga: Back of the Yards is still the most successful industrial park in the city. In many ways, it still plays the same role as it did in 1900: a place where people can get jobs at the bottom of the economic pyramid and work their way up.

I go there all the time, and it’s still doing well. When I was a kid, most of the stores were Polish, Lithuanian, German, Slovak, and Czech. Today they are mostly Mexican. There are some of the older folk still around. The church I was baptized in is still there, the first Polish church in the neighborhood, Saint Joseph’s. It has masses in both Spanish and Polish now.

It’s changed quite a bit, but it’s still there, and we still have 15,000 jobs in the stockyards. In a way, it’s still playing the role it always has.