Midlife Crucible: Harley and Me by Bernadette Murphy 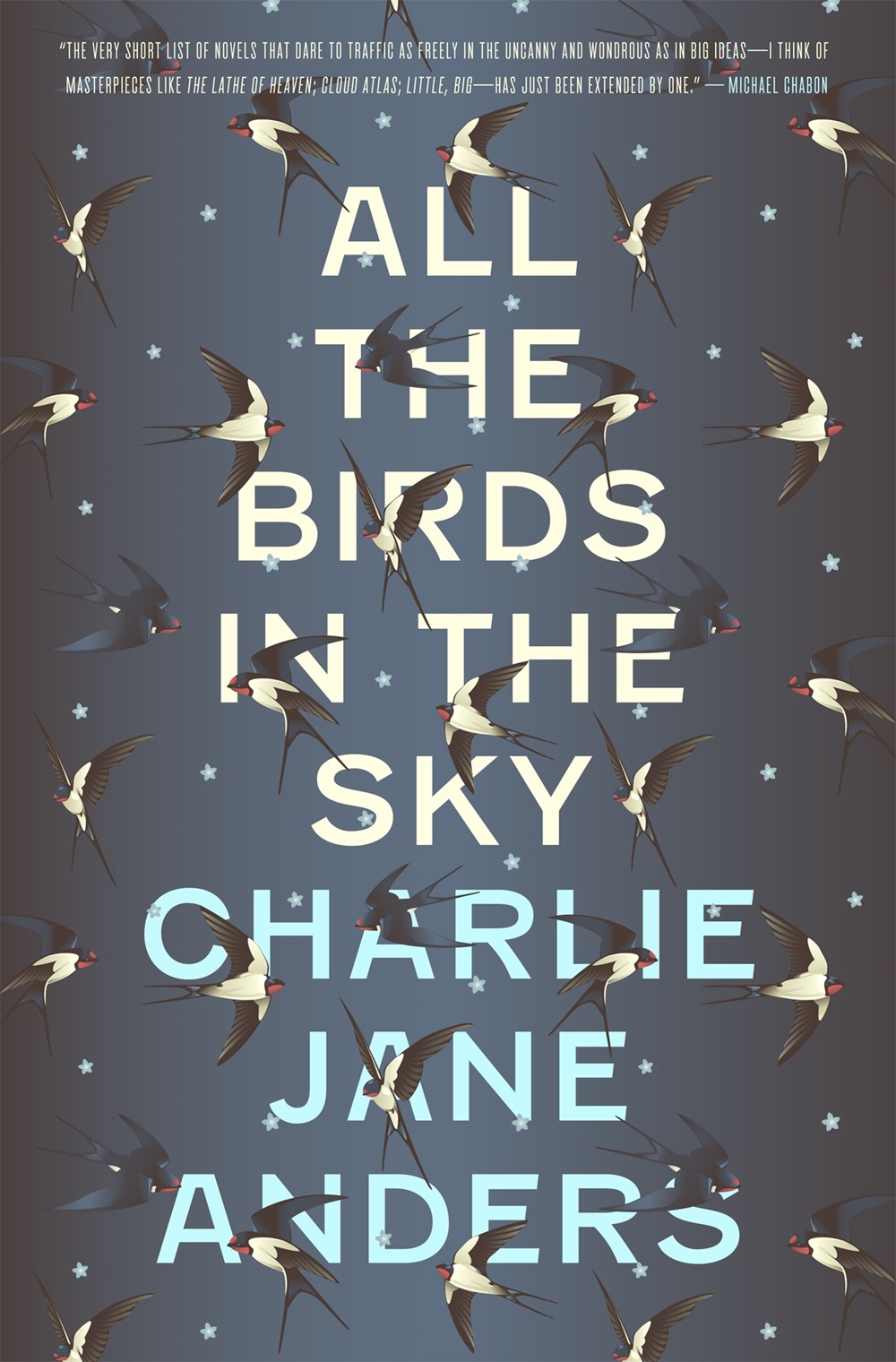 Charlie Jane Anders rose to internet stardom thanks to her razor-sharp pop-culture criticism as the founder and co-editor of io9, including this masterpiece on Michael Bay and this analysis of M. Night Shyamalan. But she’s also an award-winning science fiction writer, and in 2014, Tor Books acquired two of her novels.

The first, All the Birds in the Sky, was published this January to critical acclaim. A brilliant mashup of science fiction and fantasy, it’s about two San Francisco high school friends who turn into powerful adults: a woman who commands the supernatural, and a man who invents a (two-second) time machine. To focus on writing her second novel for Tor (not a sequel to All the Birds), Anders left iO9 in April 2016. This weekend, she’ll be in Chicago for the Printers Row Lit Fest (the largest book fair in the Midwest), including a panel on Sunday with Kameron Hurley, Annalee Newitz, and Dan Sinker.

I recently spoke with Anders about All the Birds, leaving io9 after 8 years, and her second novel for Tor, which she describes as “more hard science fiction” and “even more ambitious” than the first.

Adam Morgan: Most books begin with a single idea, image, or phrase. What did All the Birds begin as for you?

Charlie Jane Anders: It started out as “mad scientist versus witch.” That was straight-up the idea that I decided to turn into a book. I still have my first draft, and it was very much a quirky, Douglas Adams-influenced comedy in which these characters meet as kids, and they’re surrounded by strange, off-kilter characters and colorful stuff. I thought it would be fun to have them become rivals, who both want the same thing, or want opposite things, and keep trying to fight each other. Maybe the mad scientist pulls out a raygun and then witch pulls out a wand, and they duel, etc. etc. It was going to be pretty silly. Then I stopped thinking of it as so much of a goofy comedy, and made it more about the characters and their relationship.

Adam Morgan: Why was it important to begin All the Birds with the coming-of-age narrative before flash-forwarding to the characters’ adult lives?

Charlie Jane Anders: That was just how the book always made sense to me. I think I’m kind of obsessed with unraveling the coming-of-age narrative. My first novel, Choir Boy, was also an anti-coming-of-age story. I liked the idea of these characters having a unique, complicated, spiky bond as kids, and then seeing what happened to them as adults —and I really wanted to show how the coming-of-age process never really ends. You’re still dealing with the same stuff in your 20s that you were dealing with in your early teens, it’s just more complicated because of rent and roommates and jobs and relationships and stuff. Plus I was influenced by Doris Lessing’s Martha Quest novels, which follow their eponymous hero for years and years and show her growing and changing.

Adam Morgan: How did you balance writing All the Birds with your day job at io9?

Charlie Jane Anders: It was really tough, and I was lucky that they let me take a five-week paid sabbatical on my fifth anniversary in the job—that was the time when I did a lot of the most complicated revisions on the book. In general, I was pretty fanatical about having a routine where I worked on io9 stuff during the day and then took a long walk to a cafe to work on fiction in the evening. I’m kind of a creature of habit, so as long as I have a good routine, I’m pretty good at carving out time for different things.

Adam Morgan: Was leaving io9 to focus on your next novel a difficult decision?

Charlie Jane Anders: It was an incredibly difficult decision. Working at io9 was basically my dream job, and getting paid to geek out about stuff was such an amazing opportunity. I never stopped loving that job, and I miss it a lot. But my new novel was a huge mess, because I’m trying to do something even more ambitious than All the Birds in the Sky was, and it just wasn’t getting any better while I was multitasking. In just the two weeks or so since I left io9, I’ve made incredible progress with the next novel and it feels like I’m getting way more of a handle on it. Fingers crossed!

Adam Morgan: In past interviews, you’ve noted that one of the key differences between successful writers and aspiring writers is persistence. Are you a naturally disciplined person, or did you have to cultivate that quality over time? If the latter, how so?

Charlie Jane Anders: I’m not a naturally disciplined person. But I am, as I mentioned before, a creature of habit. Which is sort of the next best thing. When I started out trying to write fiction, there was a lot of poking at the keyboard, followed by going and playing a video game for hours, followed by more poking at the keyboard. I’ve had to work to learn the habits that make fiction-writing possible for me. Plus lots and lots of coffee.

Adam Morgan: What can you tell us about your next novel?

Charlie Jane Anders: All I can say now is that it’s somewhat more “hard science fiction” than All the Birds in the Sky, but hopefully with a strong focus on character as well. I made the decision back in early 2014 that I wanted the next novel to be as different from All the Birds as possible—that way, if All the Birds was a failure, I could show that I was capable of something different. And if All the Birds succeeded, I could avoid being pigeonholed. I think if I’d waited until now to start my next novel, I would be feeling more internal pressure to come up with another book like All the Birds—so maybe it’s good that I’ve already committed to this other approach.

Adam Morgan: Are you excited about coming to Chicago for Printers Row? Do you have any favorite things about the city?

Charlie Jane Anders: I’m super excited to come back to Chicago. I had an amazing time there in May, doing my Writers With Drinks show, and I love the city’s incredible book culture. There are so many beautiful bookstores there now—I was excited to hang out in RoscoeBooks and Unabridged Bookstore. I love the beautiful old train bridges and how full of life and energy Chicago feels. It’s such a cool city.

Hope Without a Plan in “Last Exit”