Interview: Behind the Scenes at Chicago’s Printers Row Lit Fest 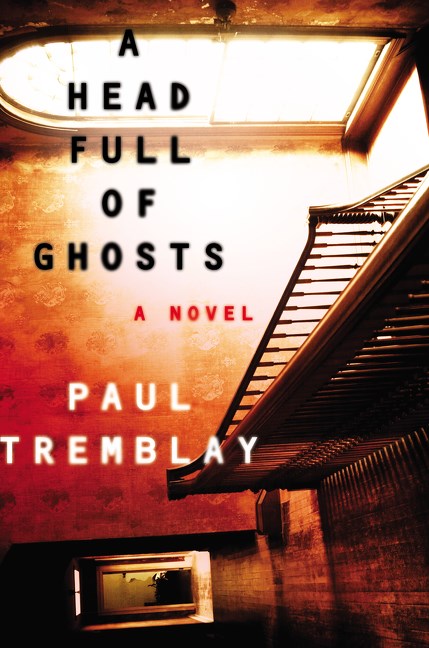 In Paul Tremblay’s A Head Full of Ghosts (now in paperback), a best-selling author interviews a woman whose older sister was allegedly possessed by ghosts at the age of 14. The family’s suffering was the subject of a reality show called The Possession, which went on to become a pop culture phenomenon 15 years before the interview takes place. The author says to her source, who was eight at the time of the possession, “I’m interested in finding the story. An accurate account of what happened.” The now 23-year-old Merry Barrett replies, “Ah, those can be two different things.”

Paul Tremblay is the multiple Bram Stoker Award finalist author of the crime novels The Little Sleep and No Sleep Til Wonderland. His body of work includes science fiction, fantasy, and horror, and he has served as a juror for the Shirley Jackson Awards. Tremblay’s skill in crafting suspense allows him to capitalize on keeping his point-of-view character a young girl, as Merry goes through waves of fear and childish naiveté as she watches her big sister do things that aren’t humanly possible. We know something’s up, but Merry is still young enough to wonder if Marjorie’s horrible abilities are just one of those mysteries that kids will come to understand when they’re adults. Marjorie appears in places she shouldn’t be, speaks in voices and languages that aren’t her own, draws blood from her father and a very unlucky priest.

Much of the action is set in the child world of a cardboard playhouse and in picture books that have been cruelly edited to tell morbid tales of murder and unusual accidents involving molasses and vines. Tremblay pushes us up roller coaster hills of conflicting accounts and doubts, only to let us free fall into the mortal fears of an eight-year-old as we try to parse out what is really happening. A Head Full of Ghosts is a page-turner. Its characters are grounded in their humanity, and family interactions are realistic, even when a teenage girl crawls like a monitor lizard and gets herself stuck high on a wall.

Adult Merry begins her account by casting a shadow across her own credibility, saying that she can’t always distinguish between her memories, nightmares, episodes of The Possession, and numerous media and pop cultural references to the show. “In a way, my personal history not being my own, being literally and figuratively haunted by outside forces, is almost as horrible as what actually happened. Almost.” Merry’s story reflects how modern life is lived both in the real world and the virtual one, where the former may have very little connection to what happens in the latter.

The more information we get on Marjorie’s possession, the less sure we are of what is happening, and our confusion is reflected in the way the family fights with each other over how to explain Marjorie’s decline. Child Merry doesn’t know if Marjorie is possessed, but has reason to believe her sister is faking it. Their mother believes Marjorie has acute schizophrenia, while their father is convinced that she’s possessed and requires a Catholic exorcism. Reality TV is portrayed as a misnomer, with set dressers using stagecraft to create “supernatural” effects.

Chronicling the Barretts’ nightmare is Karen Brissette, writer of the horror blog, “The Last Final Girl.” Her blog posts on The Possession are like an attention-hungry Greek chorus that takes any doubts we have about Merry’s version of events and spits them out as ruthless, self-congratulatory snark, laced with horror lingo. Karen’s aim is as much to demonstrate mastery of the horror canon as it is to critique the show. The blog can become irritating in its lack of empathy for the “characters” on the show, but probably not unintentionally. The eventual revelation that Karen has a personal connection to the Barretts is a punch to the gut.

A Head Full of Ghosts doesn’t disappoint with its updated possession story, but the biggest horror of the novel is how jaded the blogger, and by extension, we have become. Karen has seen too much fictitious horror, is too much of a connoisseur of what scares audiences, to see the terror unfold in the Barretts’ real lives. After all, we can’t fear for characters’ lives if we fail to recognize their humanity in the first place. As Merry asks, “What does that say about you or anyone else that my sister’s nationally televised psychotic break and descent into schizophrenia wasn’t horrific enough?”