A Millennial Mystery in Chicago: Don’t You Cry by Mary Kubica 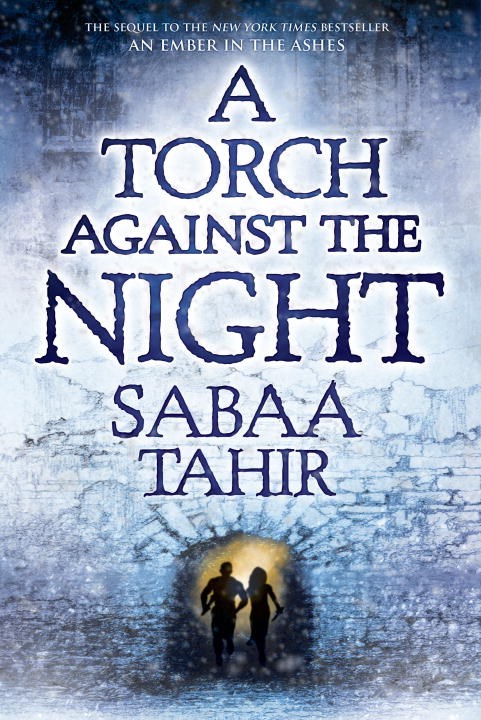 Two years ago, Sabaa Tahir’s debut young-adult novel An Ember in the Ashes—the first book in a high-fantasy series about a slave and a soldier who take on a powerful empire—instantly shot to the top of the NYT Bestseller list. But it was Tahir’s experience as an editor at The Washington Post, where she daily encountered real-life atrocities in places like Sudan, that inspired her to write the first book, which tackles themes of war, violence, and inequality.

The second book, A Torch Against the Night, hits bookshelves August 30. Tahir is in Chicago this week for Book Expo America (BEA) 2016, and will be signing books and speaking on a panel called “Unwritten: Stories You Haven’t Read (Yet)” at BookCon on Saturday. I spoke with her about Torch, her real-life influences, music, and philanthropy.

Adam Morgan: How is A Torch Against the Night different from the first book? What did you set out to do differently this time around?

Sabaa Tahir: First of all, our heroes Laia and Elias start the journey together this time, and then I introduce a third point of view: Helene Aquilla. Dramatically I think the book ended up being really different, because Laia and Elias are further along in their journey, so we’re looking at different conflicts and different motivations than in the first book.

Adam Morgan: Was the writing process different for you this time? Was it easier, harder?

Sabaa Tahir: It was definitely harder. When you write your first book, you’re writing in a vacuum; it doesn’t matter how much time it takes. And then with the second book, you’re on contract and you have deadlines, and it’s a little bit tougher. And also the expectations. You don’t want to let your characters down. You want to tell their story in a way that does justice to the things in your head, the images that you’ve always had of the story.

And then you don’t want to let your readers down. You want to make sure that you honor the love that they have for your story. But in the end, I felt like I knew how to write a book better this time around than I did the first. The first time I did flounder a little bit at first, because I had never done it before.

Adam Morgan: I’ve read that your experience as an editor at The Washington Post really opened your eyes to the atrocities of war. Can fantasy fiction help young adult readers better understand the tragedy of real-life violence?

Sabaa Tahir: I think it depends on the reader. My hope is that Torch or Ash readers will notice, not necessarily that I’m drawing direct parallels, but that there’s more than one side to any story. And that during the big boiling point, or the initiation of all conflict, it doesn’t really matter who was good and who’s not. There’s still a cost. It’s usually human life, and it’s often the lives of children.

That’s something  I would want my readers to remember, because I do think  we forget what war does to places, people, and families. When I write, I absolutely think about those things.

Adam Morgan: Along similar lines, I know the Martial Empire was inspired by ancient Rome, but what kinds of parallels do you see between the world you created and our own world? Are the books meant to be a gadfly in any way?

Sabaa Tahir: I think I’ve been pretty outspoken about how the stories that I wrote while working at the paper did have an influence on the book, so certainly I think there are some parallels. For example, when you look at authoritarian governments like Syria or North Korea, or any place where genocide has happened recently, I think there are parallels between those events and what happens in the book, certainly.

Adam Morgan: Looking at your previous day jobs, it’s a very interesting list. Did any of those jobs impact you creatively, or provide any narrative or thematic material for your books?

Sabaa Tahir: Yeah, absolutely. I would say, though, that it’s two specific jobs. When I was a kid I worked as a clerk at my parent’s motel. From when I was eight or nine, I rented rooms, helped with laundry, folding tons of towels. And then I also worked at my Dad’s gas station more as a young adult and as an adult.

At both places, I encountered so many people and so many stories that it helped spark that initial love of stories, hearing what people had to say about their own lives. We had all sorts of people coming to our motel and to our store, and it was pretty crazy what some people had experienced.

Adam Morgan: I know that your writing life is deeply entwined with your love of music. If and when your book becomes a film franchise, what would be some of your must-haves for the soundtrack, if if were up to you?

Sabaa Tahir: If I could get just one M83 song, or one Nine Inch Nails song, or one Florence and the Machine song, I would be so thrilled.

Adam Morgan: I also know you’re passionate about philanthropy. What are some of the most urgent causes in 2016 that you would want your readers to know about?

Sabaa Tahir: It’s difficult to pick one, because there are so many crappy things going on in the world. But I think the one that sticks out for me is the European refugee crisis, because there are Syrian refugees certainly, but there are also refugees from Nigeria, where Boko Haram is wreaking havoc, and from places like Chad, Cameroon, and Afghanistan.

I donate specifically to UNICEF, because their work focuses on kids, and kids are the most at-risk people for human slavery and trafficking. I also feel like UNICEF understands what children lose when they come from war-torn countries—their innocence. Plus, they provide clean water and sanitation, which we see as basic human right, but which a lot of places don’t.