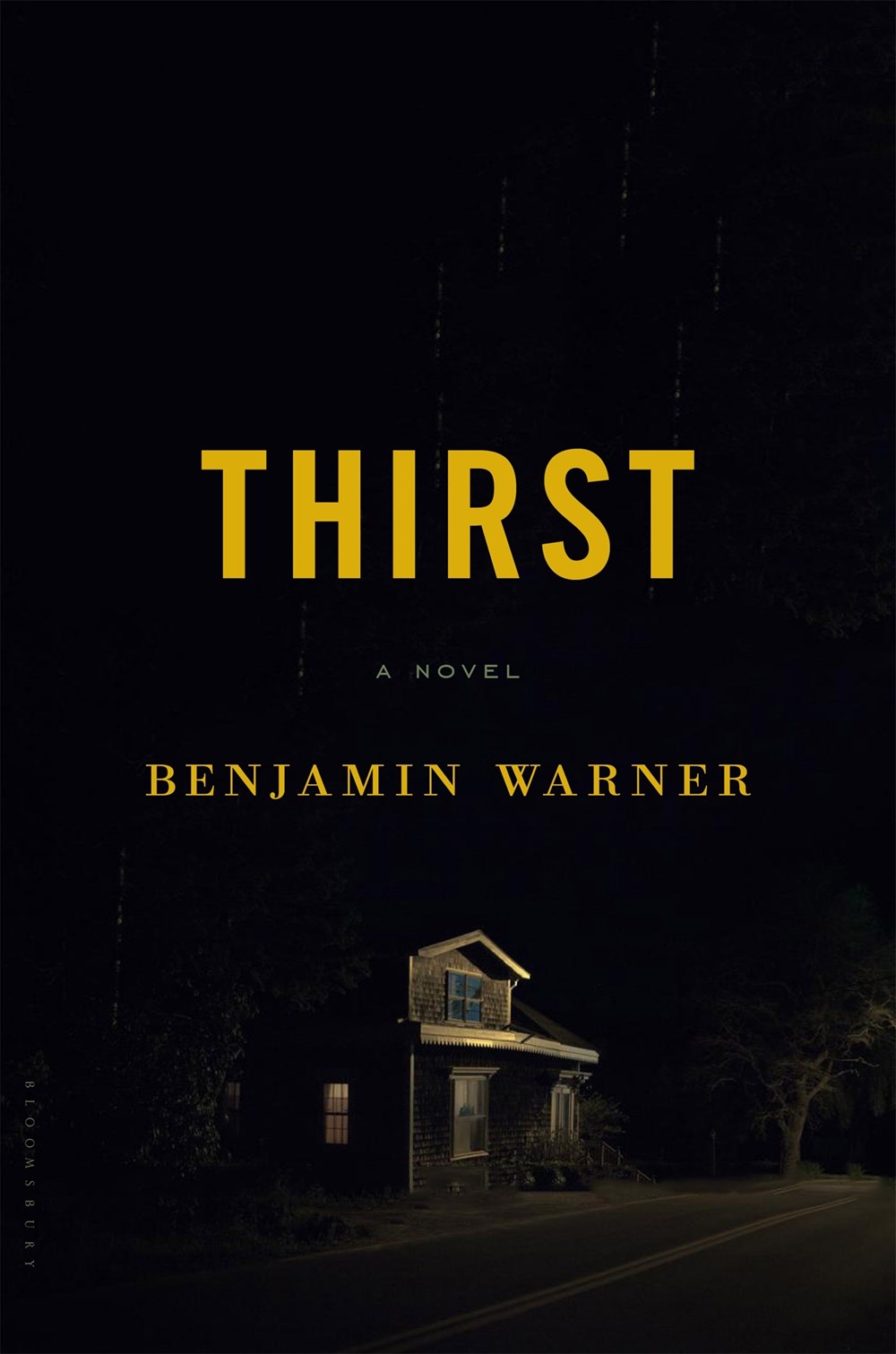 Benjamin Warner’s debut novel Thirst literally hits the ground running. It opens with the most basic survival decision: fight or flight. Stuck in Beltway traffic for three hours due to an unidentified accident, Eddie Chapman decides to leave his car and run home. As he races past cars and through neighborhoods, it becomes clear that the emergency isn’t confined to the interstate.

“The important thing was to get home before Laura did,” Warner writes. “If he’d stayed with the car and been stuck out there until all hours of the night, she’d bite her thumb down to the bone. He could see her setting the phone on the kitchen table and staring at it—as if by the strength of her concern, she could make it ring.”

The catastrophe is the sudden disappearance of fresh water. Rivers, streams, ponds, and reservoirs haven’t just dried up, they’ve been burnt away in one fell swoop, crippling communication and power. But we are never told how it disappears or why, nor precisely how widespread this event is. Some characters try to come up with something plausible (a byproduct of fracking or pollution, perhaps?), but like the “Sudden Departure” of The Leftovers, obsessing over the hows and whys is beyond the scope of the story. Warner hasn’t written a thriller or a detective story where our heroes suss out what has become of the liquid we all desperately need to survive and who is responsible. Like Tom Perrotta, Warner is more interested in the effect than the cause.

But Thirst is no suburban version of The Road. Even using the word ‘post-apocalyptic’ is a bit misleading. Certainly, Warner has plumbed the various subgenres of disaster fiction, but the real chaos of the novel is a heightening of our everyday confusion and worry. Warner’s streets aren’t littered with corpses, cars aren’t on fire, and no Mad Max-style coterie arises to control vital resources. The only shadows of these tropes are when characters jump to worst-case conclusions.

We do, however, see a profound lack of situational awareness and a sense of helplessness. Throughout the novel, each and every character waffles between two extremes: a communal desire to help one another, and a selfish desire to survive. Characters often demand help while refusing to help anyone. It’s the most frustrating part of the novel, but also probably the most realistic.

It’s also what makes us hate everyone in the novel. There are no sympathetic characters. We see how dehydration causes hallucinations, bodily collapse, and the failure to make sound judgments, yet still we feel no love for these people, which seems intentional on the part of Warner since it reflects the suburban environment, where there are no friends, merely folks living in proximity to one another, devoid of intimacy. Their desire for water thus parallels their (and our) yearning for understanding and connection.

This biting assessment of the suburban ethos is what makes Thirst so terrifying, not psychological panic or a Hobbesian belief that we’ll all go for each other’s throats the moment hardship arises. Instead, the true “apocalypse” never comes. Just as in every real-life disaster, the fetishistic panic of the reactionary never occurs. People come together in times of crisis; they rarely devour one another.

Community as Character in “Saha”

Compare this realism to Hollywood and pop lit’s fascination with adolescent libertarian rage (The Hunger Games, the Divergent and Mazerunner series, for example). Thirst succeeds as both “literary” fiction and pop lit because it deftly weaves the anxieties present in both: a ‘what if’ scenario that’s at once a practical matter for the story and a complex metaphor.

Thirst is less a novel about how one reacts during a crisis than how failure to build a community creates crisis. Fear creates the monster. In the Chapmans’ neighborhood, no one knows each other. By the novel’s end, Eddie stumbles upon a true community after working together to deal with the catastrophe. Ultimately, Warner hasn’t written a post-apocalyptic novel. He’s written a timely, necessary, character-driven meditation on morality, society, and responsibility. Thirst presses us, accuses and implicates us in the failures of its characters, thereby rising above most of its brethren in the now-crowded genre of disaster fiction.

Unifying the Female Self in “Girlhood”