The African Diaspora in Verse: The Black Maria by Aracelis Girmay 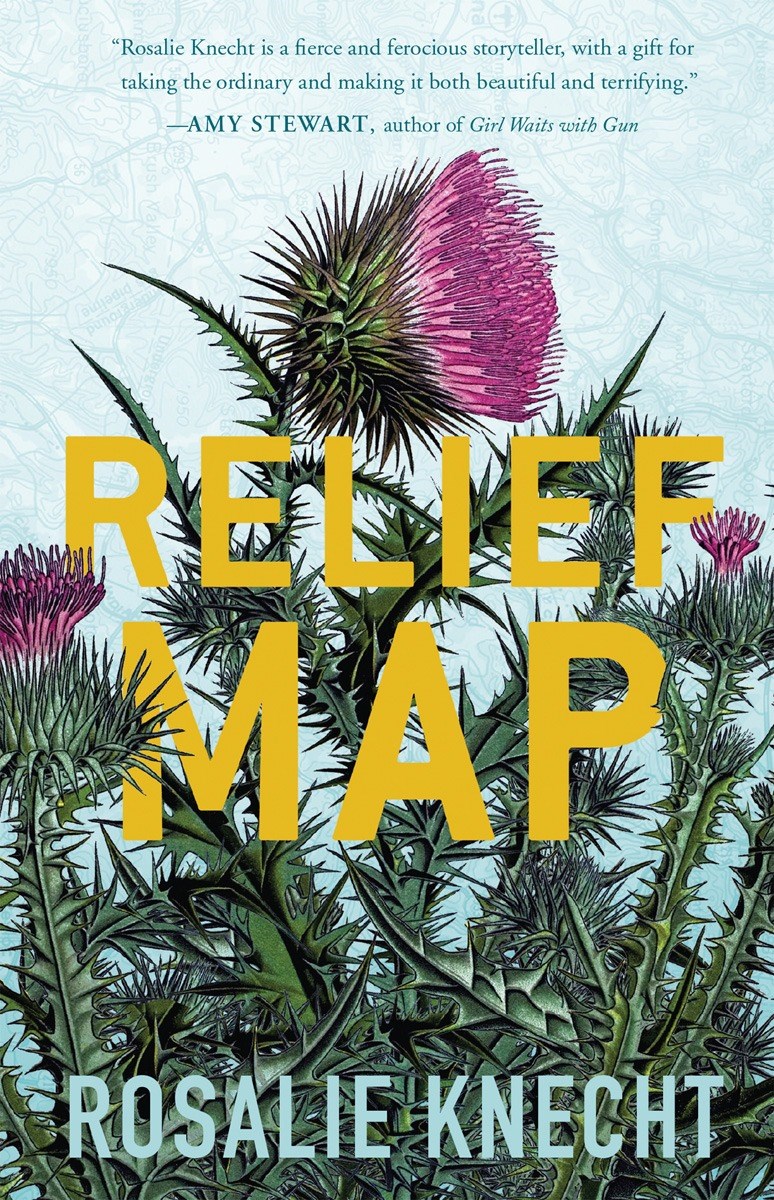 There’s a fugitive hiding somewhere in the tiny rust-belt town of Lomath, Pennsylvania. The FBI wants to find him, and they’re not just, like, looking around. They’ve shut down every road in and out of town, turned off electricity and phone lines, and searched houses without warrants. Believe it or not, this is not everybody’s favorite thing.

This is the world of Rosalie Knecht’s Relief Map. Besides the stress of living without electricity—cell phones start to die very early in the novel—people are missing work and doctor’s appointments while generally being treated like criminals: no one can leave Lomath until the fugitive is found. At the center of the story, we have Livy Markos, an indifferent sixteen-year-old girl whose biggest concerns are passing time without a TV, hanging out with her best friend Nelson, and hoping her parents don’t catch them smoking pot. As the town unravels around her and family secrets emerge, Livy finds herself in situations she never could’ve expected, situations that test the limits of what she’s willing to do.

Knecht’s story is strange-newsworthy, unique enough to be click-bait. And by controlling the setting so carefully by trapping her characters, she’s able to focus more intensely on their growth. Elements of the setting (small town, heat of summer, no electricity) evoke classic coming-of-age stories in a pleasant way, without pandering. And the conceit gives the book a whodunnit, Clue, bottle-episode, murder-mystery feel.

Despite the classic tone, Knecht’s story feels very contemporary. Police officers are more or less villains, and their tactics are questionable. Issues of class are present without being harped upon. And forget the traditional black-white dichotomy that dominates small-town Southern Gothic literature; race is only mentioned in passing, usually as a physical descriptor.

If the book has any faults, they’re in the story’s periphery. It’s difficult to understand the layout of the town at times, even though a big part of the plot relies on knowledge of roads and walking-distance proximity. Tertiary townies were also tough to keep track of. But these vagaries are all in service of good pacing—for the most part, trust that Knecht is only telling you what you need to know.

The uncertainty also fosters a dependence on Livy, the reader’s own Lomath expert. Her indifference keeps descriptors neutral, at times even lending a who-cares quality to exactly the things that Knecht doesn’t need you to care about. It puts Livy in the driver’s seat. The reader can’t come to their own conclusion about which road or method to take, and has to trust that Livy knows what she’s doing. And the focus on Livy, the filtering through her consciousness, brings all the best themes out of this situation, coming-of-age questions like, Who am I? What side am I on? What choices will have a lifelong impact? In this way, Knecht sidesteps volatile drama in favor of small choices and character moments. Violence never quite erupts, but it’s lurking beneath the surface. Take this early scene, for example:

“Don’t,” said the younger policeman. “You don’t want to move.”

“Get back, the younger policeman said. His face was red. He stepped back, pushing Dominic at the same time so they fell away from each other like the halves of a split log. “Get back!” he said, and they did, Lena and Dominic and Livy and Nelson too, retreating back across the bridge while the police watched them.

Tension runs high throughout the novel, but Knecht is very careful about when to break it, choosing incremental moments of minor offense—here, a push—to up the ante.

The result is addictive. Clarity of prose and pacing combined with high-stakes, underplayed scenes make this a quick, exciting read. Friendships and romance flesh out the characters in fulfilling ways. And depth of character and moral uncertainty give you something to think about, making Relief Map a novel that’s smart without ever feeling dense.