A Teen Explores Multiple Worlds in Emily Henry’s YA Debut

Some people are going to hate the Goodman Theatre’s adaptation of Roberto Bolaño’s 2666. The group sitting next to me left during the first intermission and never came back. The elderly gentleman in front of me stuck around until midnight, but used all three intermissions as opportunities to explain—red-faced, to anyone who would listen—why the play was a pretentious bore.

“It’s not doing any of the things art is supposed to do,” he bemoaned. “I’d rather watch somebody shovel snow for five-and-a-half hours.”

But if you’ve read the novel, you know Bolaño wasn’t interested in doing what art is “supposed” to do. You know 2666 is a dark labyrinth of a book that explores madness by provoking a little madness in you. You’re probably not interested in a theatre review so much as an appraisal of “whether they got it right.”

I think they got it as right as you can get it. Robert Falls and Seth Bockley could have distilled Bolaño’s meandering narrative by focusing on the murder mystery and cutting the digressions. In fact, that probably would have been the smarter thing to do, from a box office perspective; I’m sure a two-hour crime story is more marketable than a five-hour, postmodern meditation on meaning and madness. 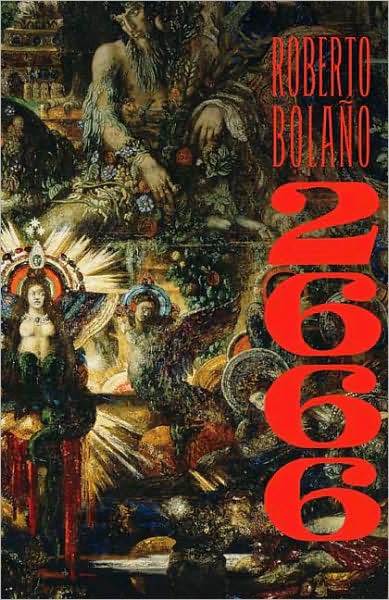 But the Goodman adapters understood what makes 2666 the greatest novel of the 21st century thus far. They wrote a play for people who are curious and tenacious enough to read Don Quixote all the way to the end, people who don’t expect art to hand-feed them. As a result, “2666” is an unprecedented, multimodal success that sneaks up on you like a knife in the dark.

On the whole, it’s more faithful to the novel than I thought possible. All five books have been adapted into one-hour arcs, and the actors often use Bolaño’s prose verbatim. All of the most memorable images from the novel have made the cut: the broken toilet, the book on the clothesline, the sun as a “carnivorous flower,” and the following passage where Professor Liz Norton describes the rain, perhaps the first sign that you’re in for something truly strange:

Then the oblique (drops) turned round (drops), swallowed up by the earth underpinning the grass, and the grass and the earth seemed to talk, no, not talk, argue, their incomprehensible words like crystallized spiderwebs or the briefest crystallized vomitings, a barely audible rustling, as if instead of drinking tea that afternoon, Norton had drunk a steaming cup of peyote.

“The Part About the Critics” remains a wry satire on academic obsession, as four scholars search for the legendary Benno von Archimboldi. Goodman really plays up Bolaño’s sense of humor here, adding Wes Anderson aesthetics and sight gags. You’ll either think it’s hilarious, or wonder why the hell you’re watching four professors talk about themselves in the third person for an hour. The crowd on opening night was split.

“The Part About Amalfitano” is still the story’s biggest digression from the broader serial murders/Archimboldi plot, an imtimate character study of a single father in Santa Teresa (standing in for Ciudad Juarez) and his descent into madness as he tries to protect his daughter. It’s the only act of the play where I, too, grew a bit listless, desperate for more of that Archimboldi magic, but I had the same reaction to the equivalent section of the book. 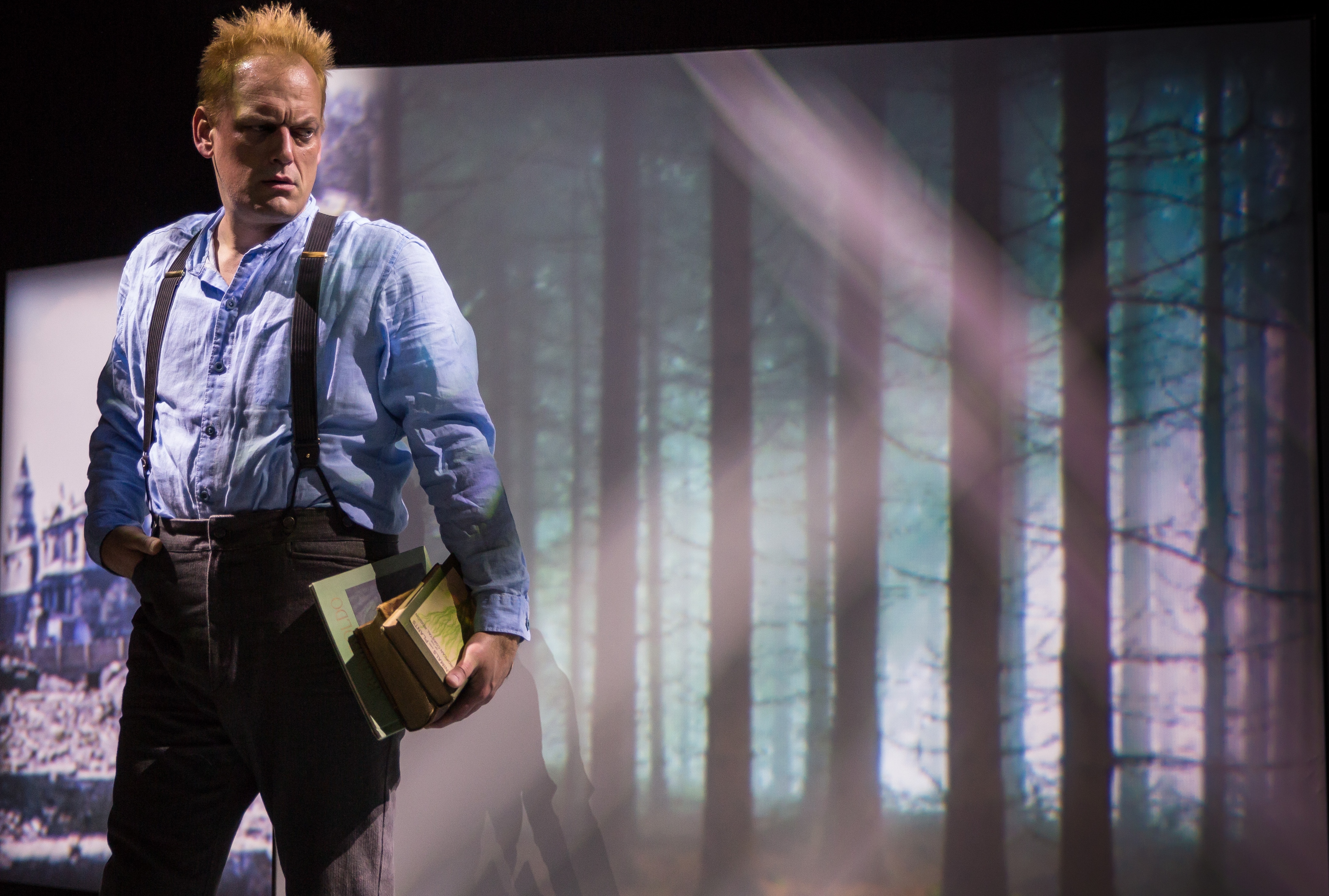 Goodman absolutely nails “The Part About Fate,” translating Bolaño’s Raymond Chandler impression into a Mexican noir, alternating between the actors on stage and a movie-within-the-play. As the Harlem journalist Oscar Fate investigates hundreds of inexplicable killings in Santa Teresa, the adaptation reaches new Lynchian heights thanks to some clever production design.

“The Part About the Crimes” is brutal. A chorus of three actresses uses Bolaño’s own blunt reportage-style prose to narrate the serial murder story in between scenes straight from a TV police procedural, replete with corrupt cops, mutilated bodies, pervasive misogyny, and a looming sense that nothing in Santa Teresa will ever be explained because nothing in life makes sense anymore.

“The Part About Archimboldi,” the final act, was probably the most difficult tightrope for the adaptation to walk. In the novel, Archimboldi’s origin story is a haunting, near-mythical biography that ends as suddenly as it begins, leading critics to wonder if Bolaño succumbed to liver failure before truly finishing the book. The play embraces the section’s fairy-tale quality with a production design straight out of Tim Burton’s more colorful work.

The multi-layered coda ties Hans Reiter’s story back to the previous four in a satisfying, symmetrical way. It’s the adapters’ greatest departure from the source material, but it doesn’t tamper with the plot or the spirit of the novel’s final pages. I wouldn’t call it “closure,” but the closing of a circle.

So yes. Literary purists will decry everything the play leaves out, like so many Tolkien scholars who disparage The Lord of the Rings movies. And yes, I imagine a portion of the theatre-going public will walk out of the the Goodman scratching their heads (whether they make it to hour five or not).

But the reason people might hate “2666” the play is the same reason people love 2666 the novel: it’s unapologetically postmodern. Frustrating your appetite for a traditional writer-reader relationship is part of the fun, and in this case, the subject matter itself.

“2666” runs through March 20 at the Goodman Theatre in downtown Chicago.