Jessica Chiarella’s And Again Is Worth Reading Twice 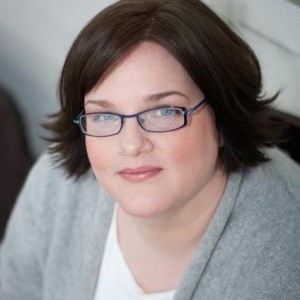 If you’re a prolific author, most of your time will be spent either writing a book or promoting a book. But what about that gaping maw of time in between, when you’ve finished your next book but still have to wait months for it to be published?

Lori Rader-Day is certainly prolific. She’s written two well-received mystery novels in the past two years: The Black Hour, where a sociology professor investigates her own attempted murder, and Little Pretty Things, about a small-town motel maid who discovers a dead body. Both novels are set on the outskirts of Chicagoland, where Rader-Day calls home.

Her third novel, An Elegant Hand, doesn’t come out until next spring, but Rader-Day isn’t worried about doldrums between books. For her, as for many writers, there’s simply no such thing.

I recently spoke with Rader-Day about writing and promoting novels, as well as her favorite places to write in Chicagoland, her favorite Chicago writers, and books she’s excited to read in 2016.

Your first two novels are both set in greater Chicagoland. What drew you to write about familiar places?

I don’t subscribe to the adage that writers have to write what they know, but in my experience what you know does seem to sneak into the story. For The Black Hour I was inspired by the university setting after I started working at Northwestern and by the idea of a university as a closed community. Little Pretty Things began with the protagonist, Juliet Townsend. She’s a what-if version of me, growing up in a place like the one I did, so it made sense to borrow from my childhood hometown, Lebanon, Indiana. Neither book setting is completely based on its inspiration, however. I borrowed from memories of other places I’ve been, and sometimes it’s just better to make stuff up. It’s fiction, after all.

I will say: My dad was pleased that he recognized which hotel I had used as the basis for the Mid-Night Inn from Little Pretty Things. That’s a fun game for the hometown friends. 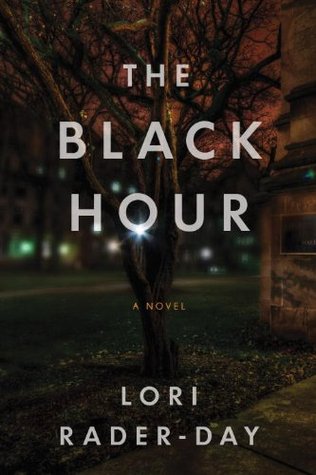 Which novel was harder to write? Why?

Both books challenged me, but in different ways. The Black Hour’s challenge was in plotting, pacing, and telling two stories. But in Little Pretty Things, the story is straightforward, but the characters weren’t. I had to give them and myself the time to get it right.

The books took about the same amount of time to write—more than two years—but the time was spent somewhat differently. For The Black Hour, I was figuring out a complex assignment I’d made for myself of two first-person narrators as well as the mystery itself. The first draft took over a year, and then I spent almost a full calendar year on revisions. For Little Pretty Things, I spent the entire time in draft, with big patches of no progress, because I was drafting the second book while I was finishing up copyedits and launching the first. I wrote both books while I worked full-time in a demanding day job, something I’m proud of. But I hadn’t realized on how much time promoting a book would take. Rookie mistake. 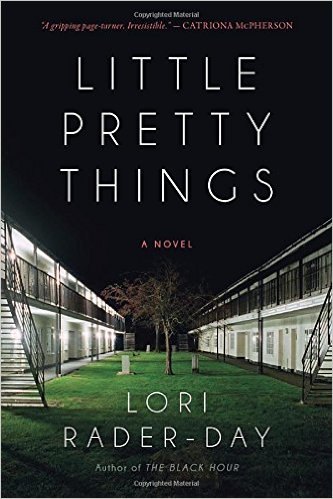 I don’t think many people realize how much promoting falls to the writer these days instead of the publisher. What is your book-promoting experience like? Do you enjoy it or is it a chore?

For me, self-promotion involved a mix of public-speaking events, teaching, guest blog posts and interviews like this one, all scheduled carefully before and after the actual release date. I also spend some time running around signing copies at various bookstores so that people could find signed copies if they wanted them.

My schedule also includes several mystery and writing conferences where I’m usually appearing on panels with other writers. I did some radio interviews, too, which I enjoy. I had publicity help from my publisher, of course, and some help from an agency I hired. Most of the events, travel, and written pieces were all my doing, though.

I enjoy most of this, actually. As much as I like to be on my couch with a book, I do enjoy speaking to readers and on library and conference panels. The trick is to set up it up in advance and then soldier through. I also make sure I schedule time off, too, and I don’t take on more than I know I can handle. It can be overwhelming, even so, and I know a lot of authors don’t enjoy this part at all. I’m lucky that the promotions portion of my job is actually fun for me.

What has your interaction with readers and booksellers been like?

I’ve had a great response from readers. I get little notes through my website sometimes, and that’s always a good day. I get to meet readers at the conferences and events I go to, and that’s just as rewarding as you’d think it might be. It was weird to get used to, at first, to meet people who had read your book. The first stranger I met who had read it might have been a librarian from North Carolina who grabbed me at Book Expo America because she recognized the name on my namebadge. I love librarians. They’ve been so supportive of my work.

And of course I love booksellers. Chicago is so lucky to have so many great independent stores like the Book Cellar in Lincoln Square, which has hosted both of my book launch parties. I’ve also been lucky enough to get out to some of the other great stores in the Midwest, such as Mystery to Me in Madison, Wisconsin, and Left Bank Books in St. Louis. I’m hoping to get to more of the independent mystery stores with my next book.

Where are your favorite places to write in Chicago?

Any café or restaurant will do, as long as I’m not sitting near someone who is trying to out-talk everyone else. I wrote my two novels during my lunch hours at a series of places in Evanston. I got to know the guys at Cosí on Sherman really well. Favorite places in Chicago I’ve ever written: the Auditorium Building’s second floor, the Winter Garden in the Harold Washington Library, Writers WorkSpace in Edgewater, and my house’s back porch in good weather.

Who are your favorite Chicago writers?

Context and Contradiction in “Lorraine Hansberry”

Raymond Chandler was born in Chicago, so I’m counting him. I’m in awe of women mystery writers like Sara Paretsky and Barbara d’Amato who have been writing about Chicago for years and years. (I’ve only been in Chicago fifteen years. I can’t quite bring myself to say I’m “from” Chicago.) I would recommend Clare O’Donohue’s Kate Conway mystery series and Lynne Raimondo’s Mark Angelotti mystery series. I’ll also put in a word for another Midwestern writer, who writes from Indiana, where I’m really from: Ben H. Winters. His The Last Policeman trilogy is stellar.

Why do you think Chicago births so many crime and mystery writers?

Chicago is a crime city, to put it bluntly. We have such a long and in some ways overly romantic relationship with our history of crime—Capone, Dillinger, the places they drank and died. You can take a bus tour of all the old gangster spots. You can take a tour of their graves. Chicago is not a city to let its fame go to waste.

Chicago is also the kind of city that supports a writing life, no matter what you write. There’s a literary event every night. There are five MFA programs in the city. The libraries here are amazing. Printers Row is one of the best literary events in the nation. And, back to mystery writers, we have local chapters for the two major mystery writing associations. Mystery Writers of America Midwest Chapter (of which I’m the current president) and Sisters in Crime Chicagoland Chapter meet monthly in the area. There’s a lot to be said for having access to like-minded individuals. I’ve lived in the middle of nowhere, and that’s good for quiet writing time, but it’s not great for inspiration, camaraderie, or figuring out the rest of a writing life.

What is life like for a writer “between novels”? Do you get anxious waiting to share a book with the world months after finishing it?

There’s actually no such thing as “between novels,” because you’re always thinking about the next one. If not writing, then at least mulling over ideas while you catch up on your reading pile and two seasons of Downton Abbey. At least, that’s how I am. The anxious moment is probably when you send the manuscript off to first readers and your editor. If the book doesn’t work, that’s when you’ll know. The most anxiety I had was probably after I knew my first book would be published but that it would be another eighteen months. I distracted myself by writing my next book, which is the best advice I could ever give anyone. Just keep writing.

What can you tell us about your third novel?

I can tell you it is ten years in the making, by accident. An Elegant Hand is about a handwriting expert whose carefully revised life starts to unravel when she gets asked to help out with a small-town kidnapping case. It will be out from HarperCollins William Morrow in early spring of 2017. I started writing it in 2007, but the setup I gave the novel was beyond my own abilities at the time. I put it away in 2009 and started writing something new, which turned out to be The Black Hour. This past fall I sat down to see if I could save the unpublished manuscript, to see if I could be happy with it this many years later. I’m really excited to reclaim it and share it.