Opening poems establish the tone of a book. Sometimes they set up the stakes, the themes, the images that will recur. It is relatively common practice now that a poem will begin the book, set off from the poems that follow, as a sort of prologue. In a way, this offers the book two opening poems, one that acts as an overview or preview, one as the launch point. Without a prologue-poem, I find myself asking that much more of the opening poem, to cover the ground of both beginning the book and preparing me for the rest of it. And yet, I don’t want a book without surprise. I would never want an opener to give away too much.

For this sampler, I invited four poets to share their thoughts on opening poems, all of whom have prologue-poems in their new books.

Diana Khoi Nguyen’s loss of her brother drives her debut, Ghost Of, through a collection of photographs and the poems that exist in and around the spaces left in her family. Bridget Talone’s The Soft Life interrogates, from every direction, with humor and care, how a person is defined in relation to the people in their life, past and present. In E. J. Koh’s A Lesser Love, surrealism, in the tradition of Mark Strand, meets Korean-American culture, traveling between ghosts and war and Beyoncé, with love at its center. Amy Saul-Zerby offers an untitled prologue-poem to Deep Camouflage, her second book, which is an especially exciting book for its examination of accountability, to one’s self and to each other.

It’s my great privilege to share this sampler with you. 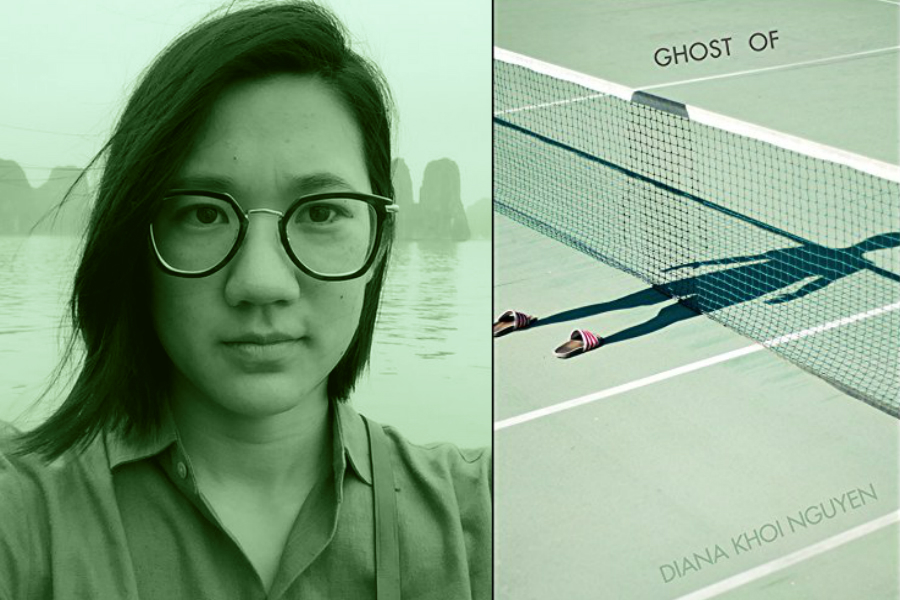 A Bird in Chile, and Elsewhere

There is no ecologically safe way to mourn.

Some plants have nectaries

that keep secreting pollen even after the petals have gone.

Like a flower that grows only in the invisible

the whole world of its body noiselessly shaking against the dust.

I love prologues as a way of entering into a book, how they are not only introductions, but their own separate sections: the threshold, the door and the frame as a room that leads into other rooms. The prologue as Janus, whose words are song. The prologue as preamble, before-step, or the moment just before.

It made sense to begin Ghost Of with this short commentary on mourning and its non-ecological nature: it wastes, is wasteful. In the ecology of our ecosystem, sudden loss has glitches: a flower that secrets pollen though there is nothing left to pollinate. That even the body of a flower suffers from phantom limb, phantom petal. There is so much damage the aftermath of loss.

And then, what of the afterlife? Is it where the petals bud and bloom, shedding back into bud, bloom, and shed?

One prologue that continues to haunt me, long after I’ve closed the covers of its book is Mark Levine’s “Landscape,” from Debt:

I am caught at the end of a wooded cul-de-sac
in the glare of all light circling me.
I am holding a package tight to my damp body: the books
a friend has been asking for.
Where does he live?
Across the steel fence, across the canal that slices
the landscape in two?
—I haven’t seen him in a long time.
He says he needs these books.
I ask a group of men who speak only in numbers.
It will be hard to stay long with my friend
in his harshly lit room. I am counting my steps aloud.
It is like speaking to him.

Levine’s prologue describes a dream logic. The poem is not a dream but a reality of paradox, incomprehensibility, where something is grokked in the action and ritual. It reminds me of how we are ultimately lonely, how we can never connect fully with anyone else—because language is an approximation of what we mean, but never exactly the thing we mean. What an incredible way to enter into Levine’s collection. In this doorframe alone, we are in the whole of the world. 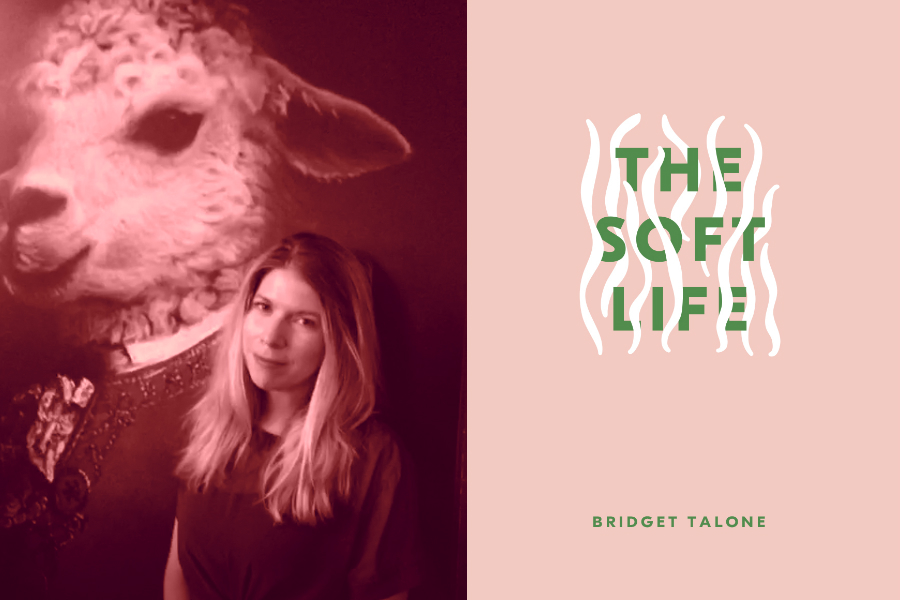 In the Valley Made Personal

In the Valley of the Trash Pigs,
In the Valley of the Glorifier,
In the Valley Made Personal, I
wriggle in eely description,
feeling very close to my old life,
where I was an intoxicating child
and dandled outright, and finally
deposited in front of the mall
socks off and suddenly so old
under the glare of a monstrous
haircut I could not fix or grow out.

In the Valley of a Housedress,
In the Valley of Her Greatest Hits,
In the Valley of No Offense, But,
it took courage to be dragged
in one direction, even the im-
personal one—(the eros of
thin distance) near far-off taps
from the other side of the wall
initiated my fear of being taken
by the squirrels and chewed to
death like a silky pocket mouse.

In the Valley of Cold Horror Pie,
In the Valley Genteel or Other,
In the Valley Where You Looked
Me in the Face and Slowly Shut
One Eye and Never Tried to Flee,
I learned what it was to be a man
and the diamonds lassoing my watch
out-everythinged your dun colors
and your sadness a sadness
that lactated against your wishes,
ruining your only shirt.

“In the Valley Made Personal” is one of the oldest poems in The Soft Life. I wrote it as I was trying to come out of the feeling that I didn’t know how to write about my life. I went to graduate school a year after my father died. He’d had cancer for ten years. Losing him was shattering in many ways, but I’d somehow never considered that it would change my relationship to writing. Before, my writing had been situated within the relatively set coordinates of my life. However I found that life, it was legible to me. I felt fluent in it: tethered to the people around me and near to my experiences. That legibility disappeared with my father, and I found myself mute inside so much not-knowing, estranged from even the pain of missing him.

While the poem isn’t strictly autobiographical, its energy feels yoked to that time—a kind of building up and sputtering out, urgent and useless. It’s full of desires, and vexed by what speaking doesn’t change. Years later, I wasn’t sure if this poem belonged in the book. Maybe it was vestigial. My friend, the poet Margaret Ross, suggested that I open with it and think of it as a prologue.

Reading it as a prologue, I was able to see what preoccupations echoed across the rest of the book: an interest in address, and trying on power; bodily helplessness, sometimes struggled against and sometimes surrendered to; how these impulses arise and what language attends them. The book began to seep back into the poem. It became a record, not just of a single moment of dislocation but of how that dislocation had become folded into of my experience of writing. 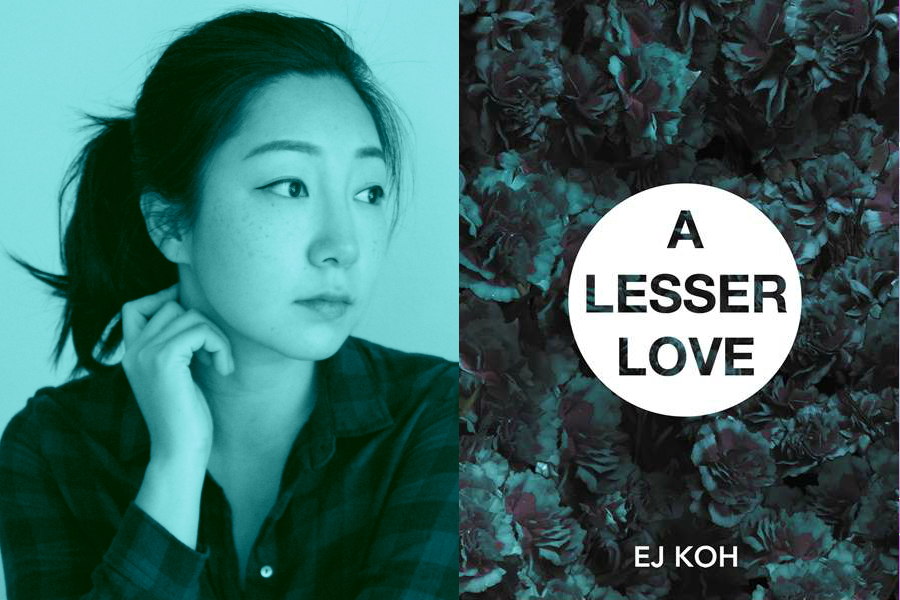 This translates into, Please be kind to me,
but it suggests:

Even if I shame myself,
please be kind to me.

In the mirror, it means:
Even inside my greatcoat

of conscience, drunk and white,
please be kind to me.

The opening poem is a translation. I introduce myself as a translator; I look at the “suggestions” of words, the invisible gestures between languages. But as a translator, I am aware that even I do not directly experience my life. Rather than life as itself, I am experiencing a translation through my senses, my exterior. A true translation I think has less to do with the mind and more of the heart, the interior. In Western cultural circles, we are intensely focused on the brain. In Eastern cultures, meanwhile, the heart is central. What can the heart more closely translate? The mirror, coat, shame, kindness—these touch on the multitudinous translations of the poem, the book, the life experience. The poem invites and warns the reader about these exchanges and imaginings.

I think back to the opening poem of Mark Strand’s Man and Camel, “The King.” The king says, “I have lost my desire to rule”/… “My kingdom is empty except for you.” Throughout the book, the subject and king can be replaced, exchanged, reimagined, but the opening poem reminds me of the first hope—to hear, possibly, an unwilling, subjectless king’s words. What is left of a king without a country? In this way, the poem is also an invitation, a forewarning. 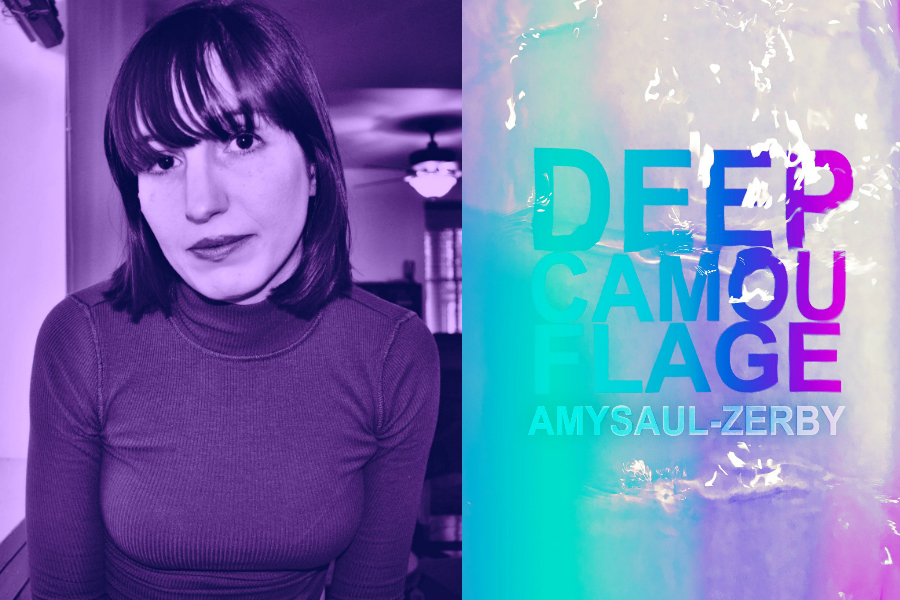 at the root of it,
at the very
beginning

there was a person
who did not yet
know what

it meant or should
mean to be
a girl

who had not been
abandoned

whose spine had
not started
to curve

under this weight
who could still
look anyone

i know the question
to ask now is not
what happened

to her but how
to rebuild

When I read my work in public, I have a habit of talking to the audience about the poems as I read them. It isn’t that I don’t want the writing to stand on its own, and it isn’t because I enjoy making the audience laugh (though I very definitely do). It’s because I want to break down the wall between myself and listeners.

I aim to do the same thing when writing. My work is very concerned with emotional honesty, and one of the most important things to me in structuring a manuscript is being as transparent with my audience as possible. I think the decision to open with this poem came from the same place as my decision to often speak directly to the audience about my work as I read to them from it.

The poems in Deep Camouflage are so much about my own experience and about myself, and that means their value in being published and shared with readers depends completely on their honesty. If anyone is to get anything at all from poems like that, reading them needs to be an intimate experience. If I am not offering them that experience—if I am not breaking down the barriers between author and reader—for me, there is no point in publishing my work at all.

With this poem, in which I reckon with my reasons for writing the book, I mean to establish that intimate relationship with my reader.