This is a brutal book. Published in 1929, Berlin Alexanderplatz often reads, in Michael Hofmann’s new translation, as if it were conceived as a deliberate affront to contemporary sensibilities. When we first meet the doomed protagonist, a World War I veteran and petty criminal named Franz Biberkopf, he’s just done time for beating his girlfriend to death; more domestic violence, pimping and prostitution, maiming and murder await in the five hundred pages that follow; and a long sequence in a slaughterhouse describes, in pitiless detail, the process by which the cows and pigs are killed and butchered. If you’ve ever been skeptical of the way Weimar Germany has been tamed and glamorized in the popular imagination—thanks to Cabaret, to popular detective novels, and, just this winter, a glitzy new Netflix serial, Babylon Berlin—then you’ll appreciate that Alfred Döblin’s novel arrives with a depiction of the real thing, an unsparing account of a society in free fall.

The sheer brio of Döblin’s prose, together with the unstoppable forward momentum of his narrative, makes all this squalor not only bearable but riveting. The story comes at you in a flood of words: Each character’s stream of consciousness is just one tributary in an enormous torrent that also includes newspaper headlines, advertising jingles, weather reports, political slogans, and seemingly every other kind of verbal and aural flotsam that would have been bobbing around Berlin in the years 1927–28, when the novel is set. The surge lets up periodically for intervals in which a sardonic, omniscient narrator comments on the action, and alerts us that, whatever Franz’s fortunes may be at the moment, there’s still worse to come.

That it all flows as naturally as it does in English is a testament to Michael Hofmann’s resourcefulness. I knew Hofmann as the translator who gave Thomas Mann’s Death in Venice a welcome airing-out a few years ago and who almost single-handedly created an English-language audience for Joseph Roth before that. For Berlin Alexanderplatz he becomes a kind of one-man band, tossing off rhymes, doggerel, and what feels like several decades’ worth of low-down slang to recreate the working-class patois of Döblin’s interwar Berlin. Hofmann may never have a project better suited to the “molten, mongrel English” he cited as his ideal in a 2013 essay; words as different from each other as “chuntering” and “schlimazel” rub elbows at this bar, and occasionally a phrase will close the gap between 1929 and today with startling immediacy. “Franz is one slick dude,” we read at a point when things are going well for the protagonist. Purists may be vexed by Hofmann’s flagrant mixing of modes, but I liked this verbal tumult, which underscores the sense of radical instability, of lives lived at the very margins, that Döblin is intent on conveying.

Readers coming to a novel from Weimar Germany in 2018 are likely to wonder about its political content, overt or otherwise. Franz Biberkopf is an opportunist primarily concerned with looking out for Number One; down on his luck near the story’s beginning, he’s just as willing to sell newspapers for the gay and lesbian cause as he is for the “Nationalists,” until his associates’ objections put an end to it in both cases. “[P]olitics has got nothing to do with me,” he avows, “and if people are stupid enough to allow themselves to be exploited, then it’s no fault of mine”—a creed that may sound only too familiar to a lot of American readers in the twenty-first century. One of the novel’s most incisive scenes is a confrontation with an anarchist spokesman: after listening to the other man’s spiel, Franz outs himself as a pimp and snarls, “I shit on your moaning and strikes and your little people who are supposed to be organized. Self-reliance. I see to what I need. I’m self-sufficient. Amen.” But the anarchist gives as good as he gets: “You scum of the capitalist swamp. Get lost you, you’re not even proletarians. The word for you is parasites.”

That Franz’s self-centered outlook masks a deeper naiveté becomes increasingly clear further on, when he drifts into the orbit of a local criminal boss, Reinhold. We and several characters around Franz know that his association with Reinhold can’t end well, but he comes under the other man’s thrall through a chilling mix of submissiveness and passivity that makes him all but complicit in his own victimization. Prophecy of a larger degradation, perhaps? If you want—but strictly on its own terms this unsettling feat of psychological portraiture was for me the most original part of Berlin Alexanderplatz, and the reason its second half became a page-turner. This is one modernist monument that nobody should have trouble finishing.

Döblin had good radar. I alluded above to a long digression early in the novel that takes the reader on a tour of the slaughterhouse district; much later it’s impossible not to regard the animals as a metaphor for Franz and all the equally trapped “little people” he moves among, but there’s more to it than that. Döblin lingers on the curious docility of the creatures on their way to execution, and also notes the efficiency of the elaborate train network that brings the victims from the outlying districts to the slaughter. Encountered in a German novel from 1929, these passages have an uncanny resonance that no one needs to have spelled out—and they’re just another of the many touches that add up to a powerfully disturbing book.

The same instincts evidently served Döblin in real life, too. He got out of Germany the day after the Reichstag fire and, though the subsequent years were full of hardship, managed to keep writing until not long before his death at the age of 78 in 1957.

The appearance of Hofmann’s vital translation right now suggests some other continuities as well. Following Franz Biberkopf’s odyssey I thought more than once of a German novel from 2017, Jenny Erpenbeck’s Go, Went, Gone. That book centers on a group of African refugees who have wound up in Berlin—men fleeing a vortex of social collapse and almost total violence that might be familiar to Europeans of Franz’s generation. Pushed to the brink, confronted with a vast, indifferent or even actively hostile bureaucracy, where do these exiles choose to make their stand, in the novel’s opening? Where else but right on Berlin Alexanderplatz. The faces may change, but the churn continues. 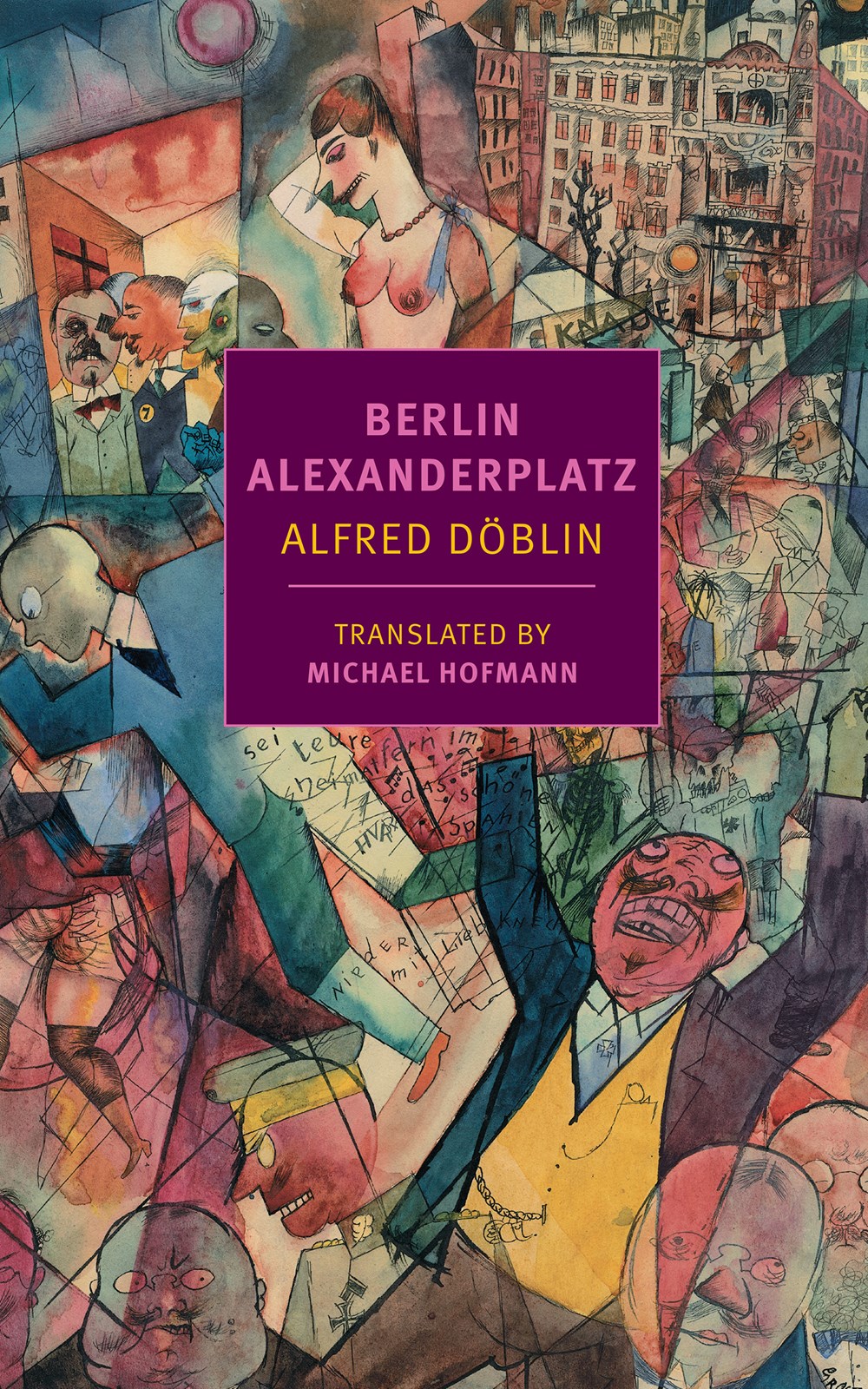 Alfred Döblin (born 1878 and died 1957) was a German novelist, essayist, and doctor, who wrote over a dozen historical and science fiction novels. Berlin Alexanderplatz is his best known work.

The Life of Pablo Picasso