Blending Memory and Reality in ‘The Moravian Night’ 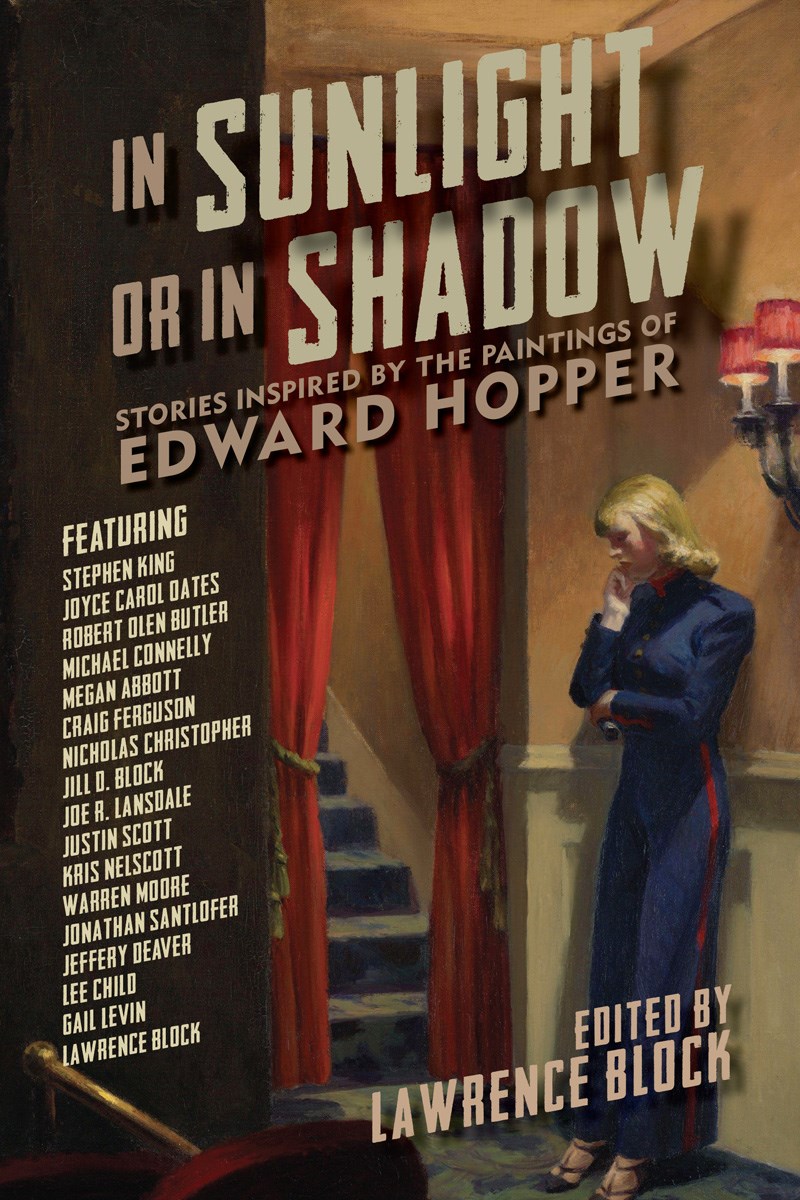 In a gallery at the Art Institute of Chicago hangs Edward Hopper’s most famous painting, Nighthawks. You know the image: Three customers—two men in fedoras and a red-haired woman—sit lost in their thoughts in a harshly-lit diner while outside its large window an empty street unfurls into shadow. There’s no visible entrance to the place, leaving viewers to wonder how the lonely-looking patrons got in—and how they’ll get out.

This painting and selected others by Hopper served as inspiration for seventeen writers—including Joyce Carol Oates, Stephen King, Michael Connolly, and former host of the Late Late Show, Craig Ferguson—who all contributed to one of the year’s most engaging volumes, In Sunlight or In Shadow, edited by Lawrence Block.

The stories share titles with their source paintings, but each has a different relation to the art. Some of them, like Oates’s “The Woman in the Window,” feature prominently scenes found in Hopper’s work. Others, like King’s “The Music Room,” are only tangentially related.

Then there are those like Connolly’s “Nighthawks,” in which the paintings themselves make appearances. Told from the perspective of a hired private investigator, “Nighthawks” opens on a young woman sitting on a bench at the Art Institute, admiring Hopper’s dramatic use of color. “I think I could write a million words about it,” she says to the narrator. Here Connolly stopped short of a million, but the words he did write are packed with suspense and emotional complexity. It’s a highlight in an altogether excellent anthology.

With its hardboiled edge, Connolly’s story is also the collection’s most noir-ish, but nearly all convey dark themes. Joyce Carol Oates’s young female protagonist is coerced by her married lover into living alone in a small room. Her mental struggle over whether she should remain in such a noxious—albeit lucrative—relationship drives the story forward.

Stephen King, with his delightfully twisted perspective, studied Hopper’s painting of two spiritless-looking people sitting in their music room and imagined a Depression-era couple who kidnaps wealthy out-of-towners and holds them hostage in a closet. Their victims soon perish without food or water, and the couple lives off whatever small fortune they find in the pockets of the dead. Robert Olen Butler’s “Soir Bleu” depicts, like Hopper’s painting, a mime smoking a cigarette—no story featuring that scene could end well. Each tale sings with the distinct voice of its creator, and all are worthy reads in their own right—an appreciation of Hopper isn’t necessary to enjoy all they have to offer.

The overarching gloominess of the collection is curious to ponder, however, especially given Block’s assessment in the forward: “As far as I can make out, these stories have only two common denominators—their individual excellence and their source in Edward Hopper.” Why, then, did so many dissimilar writers choose to write such morose tales? (Even the story by funny-man Ferguson, “Taking Care of Business,” is shot through with a droll grimness.)

The answer lies, at least in part, in Hopper’s aesthetic. The painter spent months pondering a scene before putting brush to canvas. Then he worked meticulously—the paint evenly, carefully distributed—never a fervent brushstroke. The result, more often than not, was a moody study in light and geometry. He painted primarily in the realist mode, and like the expressionist Monet, was fascinated by how a sharp beam could transform colors and shapes to evoke different moods. But instead of romance, Hopper’s light-play suggests loneliness. Consider Nighthawks: Despite its brightness, the diner’s interior does little to cheer its patrons. These evening-dressed folks with down-turned faces aren’t comforted—they’re exposed.

Hopper painted more than 800 works, often depicting quiet rests between life’s frenzied actions, the small moments where stories brew instead of unfold. That’s not to say the paintings are without drama; on the contrary, they’re full of it. But it’s up to the viewer—or in the case of this collection, the talented writer—to shape that drama into narrative.

The narratives included here fulfill that promise inherent in Hopper’s work. And like the best of that work, they suggest a world that continues beyond themselves, one filled with light, shadow, and the mystery of other people.

Lawrence Block is the author of The Burglar Who Counted The Spoons, Hit Me, and A Drop Of The Hard Stuff. His most recent book is The Girl with the Deep Blue Eyes. His previous anthologies include Manhattan Noir, Manhattan Noir 2, and Dark City Lights. He lives in New York.