How Chicago Inspires Writers: Abby Geni and the Lakeshore 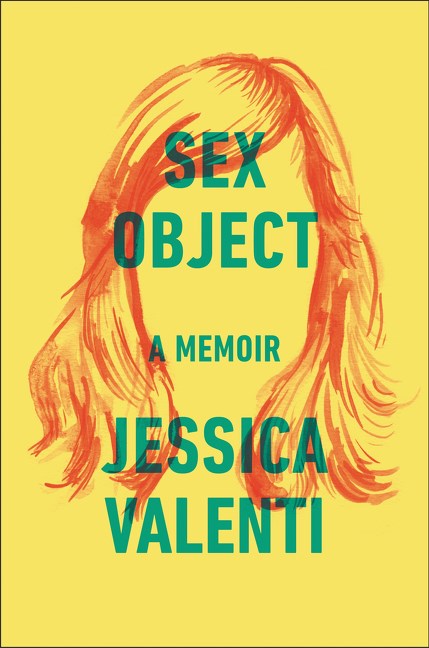 Jessica Valenti is no stranger to hate mail. Just take a look at the end notes of her new memoir, Sex Object, filled with the disgusting messages she’s received over the years from men, including, “Hope your children will get violently, brutally raped.”

Yet in a powerful act of bravery, the founder of Feministing and Guardian columnist has pushed the rancor aside to offer a deeply honest and intimate look at her life. She begins by discussing the title of her memoir, knowing she’ll likely receive responses that she’s “not attractive enough” to use a label like sex object. “Those who will say so don’t realize that being called a thing, rather than a person, is not a compliment. That we might think of it this way is part of the problem.”

It’s undoubtedly one of the most important books of the decade so far, and will likely end up on many year-end lists. I wish reading it was a requirement for opening an account on Twitter and Facebook.With humor, wisdom, and wit, Valenti explores the experiences that shaped her: harassment on the subway and in school, sexual encounters, relationships, abortions, and her journey into motherhood.

Early, Valenti frames the book as an exploration of female objectification:

No matter the content, the message is clear: we are here for their enjoyment and little else. We have to walk through the rest of our day knowing that our discomfort gave someone a hard-on.

Valenti’s memoir isn’t narrated in a linear fashion, but more like a cohesive collection of essays. For the most part these essay-like chapters all feed into the central theme of being objectified by men, though some discuss motherhood as well. It’s difficult not to be completely won over by Valenti’s willingness to be so raw and vulnerable. She’s an engaging storyteller who writes with honesty, intelligence, and humor. Most importantly, Valenti isn’t just telling her own story: she’s inviting us to reflect on how the objectification of women has shaped our own lives.

A high school teacher once told me that identity is half what we tell ourselves and half what we tell other people about ourselves. But the missing piece he didn’t mention—the piece that holds so much weight, especially in the minds of young women and girls—is the stories that other people tell us about ourselves. Those narratives become the ones we shape ourselves into. They’re who we are, even if so much of it is a performance.

After her astute observations and reflections, you might expect a formal conclusion, a call to action that wraps up this discourse on objectification. Instead, the book ends with a beautiful story and the terrifying end notes—a collection of extremely heinous attacks Valenti received through email and social media, which highlight the question Valenti raises on the second page:

I started to ask myself: Who would I be if I didn’t live in a world that hated women? I’ve been unable to come up with a satisfactory answer, but I did realize that I’ve long been mourning this version of myself that never existed.

These attacks on Valenti’s appearance, family, and life are proof we live in a world where so many people hate women. In the face of that hate, it’s hard not to be awed and grateful for Valenti’s courage.