A Historical Future: ‘Too Like the Lightning’ by Ada Palmer 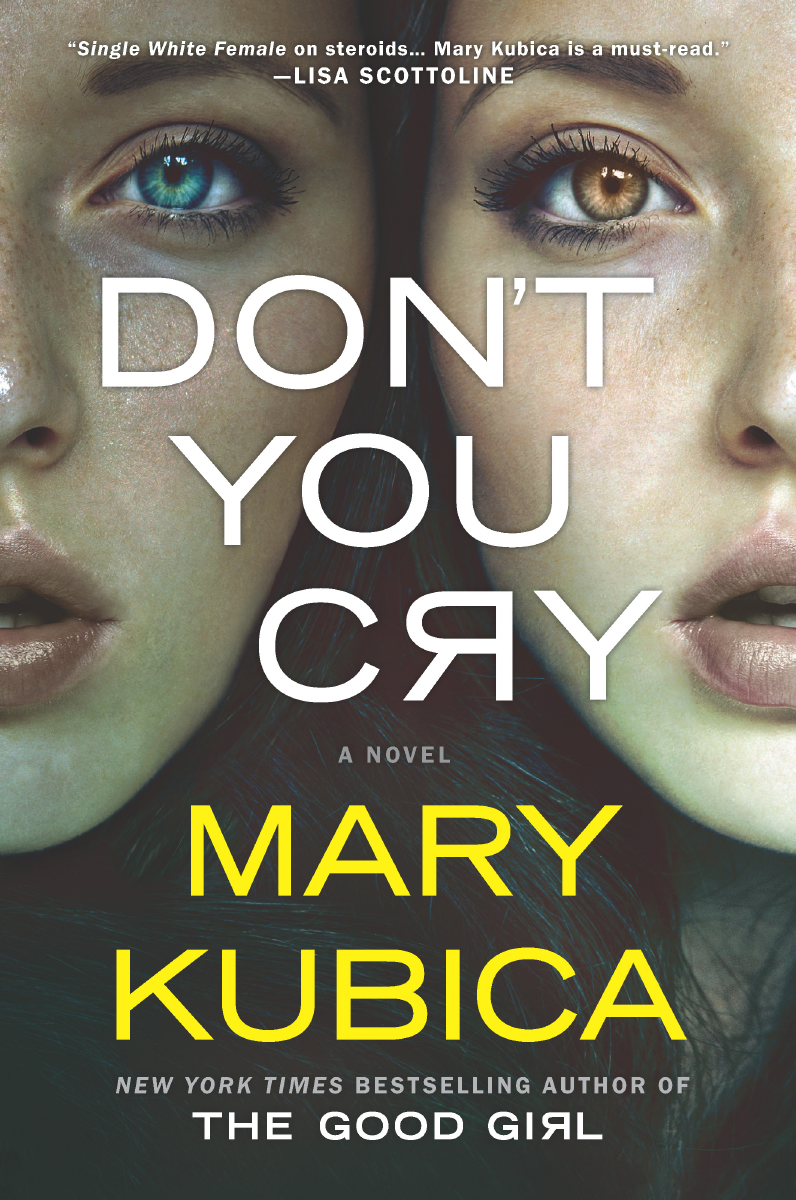 Chicago’s historically Swedish neighborhood, Andersonville, is known for many things—the Women & Children First Bookstore, Midsommarfest every June, warm glögg during the holiday season. But in Mary Kubica’s Don’t You Cry, it’s the site of a bizarre missing persons case.

Don’t You Cry is Kubica’s third psychological thriller in three years, an impressive pace that may have contributed to this book’s slightly undercooked flavor. As in The Good Girl and Pretty Baby, Kubica’s authentic depiction of Chicago is one of the high points. From parking dibs to neighborhood landmarks and all-too-real situations on public transit, the city isn’t just a backdrop for Kubica, it’s a narrative force. Unfortunately, the other forces at work—particularly character and plot—don’t share the same sense of realism.

In Andersonville, Quinn Collins wakes to find her mysterious roommate Esther missing, her window ajar despite the wintry morning. Clues to Esther’s fate—and her very nature, no less—are scarce.

Meanwhile, 60 miles away in southwestern Michigan, a young dishwasher named Alex Gallo notices a strange woman sipping coffee every day, watching the small town’s main street. Soon, Quinn and Alex team up to solve the mystery of Esther’s disappearance, but in the age of millennials—where roommates are found on Craigslist and one-night stands on Tinder—this proves especially difficult.

There’s something chilling in the realization that the person you’ve lived with for years could be a complete stranger. Yet despite Kubica’s vivid setting and intriguing premise, this time her prose lacks nuance and her plot lacks depth. She relies upon a few too many tired phrases—“My knight in shining armor”—and her characters come across as one-dimensional. Told in two alternating points of view, Alex is the more well-drawn, but Quinn often sounds like an under-developed cliché.

Quinn’s a stereotypical millennial in her early twenties, both self-centered and lacking in basic reasoning skills. “Smart decisions aren’t really my forte,” she says. Characters don’t need to be likable, of course, but I couldn’t quite tell whether Quinn’s childish, whiny demeanor was intentional. Unable to think about anyone but herself, more than a quarter of the novel passes before Quinn is able to stop navel-gazing and try calling her missing roommate’s cell phone.

Deceitful characters are common in contemporary pop lit—Amy Dunne in Gillian Flynn’s Gone Girl, Cadence Sinclair in E. Lockhart’s We Were Liars, the narrator in Chuck Palahniuk’s Fight Club—and Kubica’s cast is no different here. As the novel winds down, characters understand the mystery long before Kubica clues us in. What results is a frustrating disparity between the characters’ motives and their actions, and that disctint Lindelofian feeling of being strung along by a withholding storyteller.

Finally, crafting a compelling plot twist is no easy task. Done right, the twist feels both surprising and inevitable, thanks to subtle seeds planted throughout the story. When that “a-ha!” moment hit us, it should be accompanied by “How did I not see that coming?!” Remember when you didn’t notice the fact that Bruce Willis never spoke to another character in The Sixth Sense?

Unfortunately, Kubica’s twist in Don’t You Cry is more akin to late Shyamalan (Lady in the Water) than early. While certainly entertaining, the book’s conclusion suffers from the same traits as its millennial characters: rushed and narcissistic.