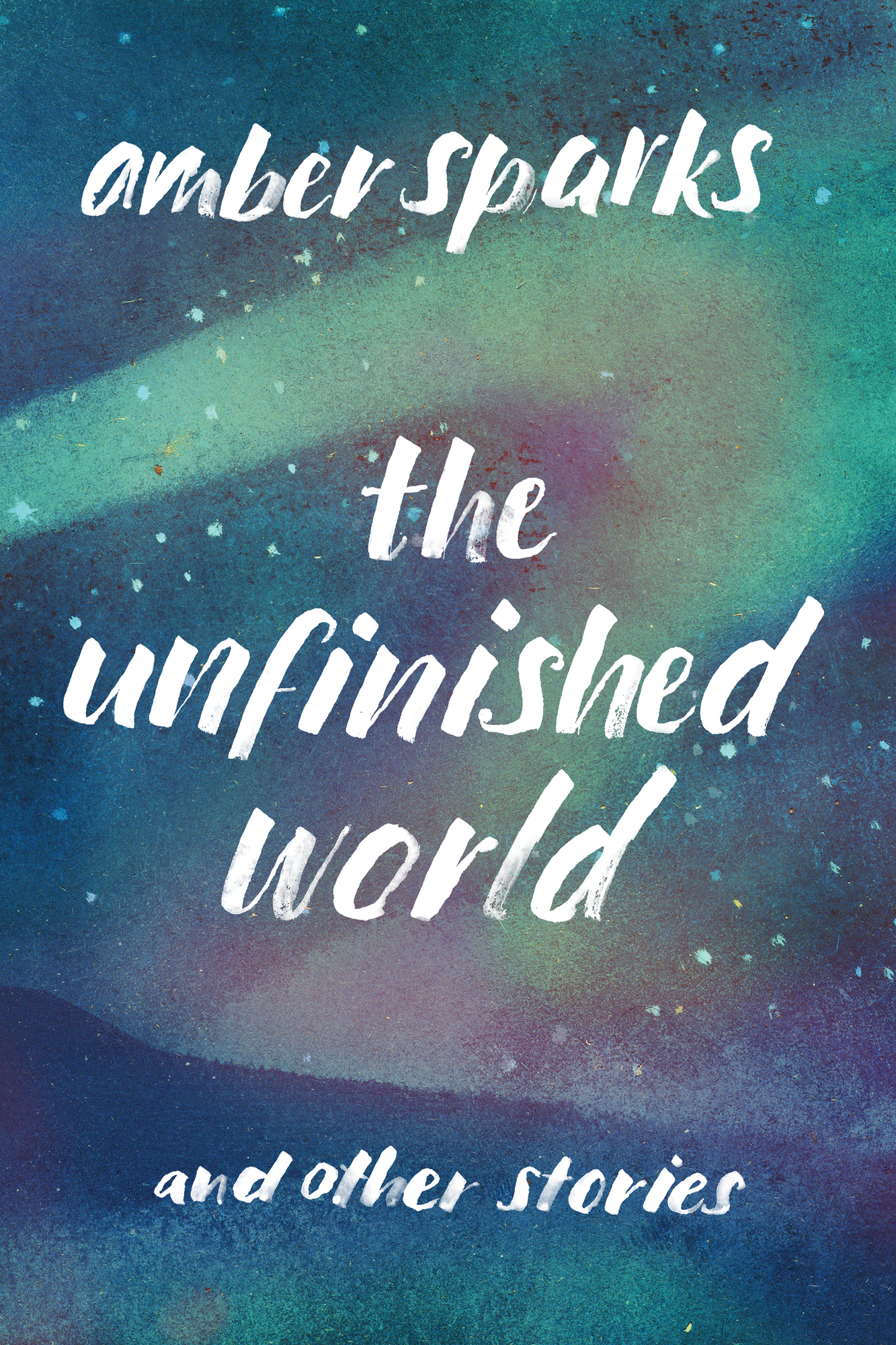 It would be silly to pigeonhole Amber Sparks‘s fiction into some fixed genre. Like Kelly Link and Heather Fowler, she writes speculative stories grounded in everyday realism. The Unfinished World and Other Stories—her second collection of short stories after 2012’s May We Shed These Human Bodies—is equal parts fairy tale, steampunk, magical realism, myth, fantasy, and allegory, as well as grim realism, sly satire, and finely wrought character studies.

Sparks’s love of flash fiction—which only hints at the story being told, like the thick mortar between a longer story’s bricks—creates the sum effect of “a long cavernous, mazy sort of trail.” She begins with the primeval, the strange, and then applies it to modern life. “I feel like these stories do two things,” she says. “They say something about us now, and say something about us always, this weird young race that’s just hanging out all alone in this corner of the universe.” Which makes her fiction akin to the work of Amelia Gray (less dark, though no less challenging) or Blake Butler (less navel-gazing, though just as playful).

Of the nineteen stories in The Unfinished World, there isn’t one that leaves an astute reader unsatisfied. In the opening tale, “The Janitor in Space,” a cleaning lady in a space station “doesn’t know about metaphors but she knows that even the smallest human vessel has boundless storage for sorrow.” In one of the collection’s most celebrated stories, “The Cemetery for Lost Faces,” a decaying family’s sole heirs find bizarre solace in taxidermy.

Throughout, Sparks employs a dark humor and a deep melodrama that Nick Cave would approve of, yet she is hardly lachrymose. Sparks succeeds because she has already mastered the form of the radiantly condensed short story. “The Logic of the Loaded Heart,” about every white trash John in Wisconsin, is framed as a mockery of SAT questions that revels in our own classlessness:

If John is three, and John’s mother is six times his age, how old was John’s mother when John was conceived in the back of Al Neill’s pickup truck after a Styx concert in Milwaukee? If John’s parents spend 100 times zero days being actual parents to John, how many days’ total is that? Does your answer change if John’s mother sometimes bought him Mr Pibb and lottery tickets when she stopped at the gas station on her way home from work?

It’s a challenge opening to a story, but Sparks isn’t telling some tabloid narrative, she’s questioning our own pretenses. One of Sparks’ strengths is not just her ability to craft an allegory, but also to make “pleasurable” things unsettling. In “Take Your Daughter to the Slaughter,” the tradition of deerhunting is given a slight twist by having daughters, not sons, hunt with fathers. The prey also changes from whitetails to werewolves.

Some of us feel sorry for the werewolves. Some of us do not want to kill, the soft thunk of bullet in flesh a thing apart from the hard clean splintering of wood and paint. Our fathers remind us of what we already know: the werewolves are a pestilence, a plague upon our forests, and killing them makes a good sport and a kind deed. There are too many werewolves, our fathers tell us; if we do not cull the herd they will starve to death come winter. They will spread disease and decay.

But these are mere snippets. The best stories in the collection (“Thirteen Ways of Destroying a Painting,” “La Belle du Nuit, La Belle du Jour,” “The Men and Women Like Him,” “The Process of Human Decay,” and the eponymous novella-length story) don’t just demand your attention, they compel you to re-read. The Unfinished World and Other Stories entices readers through its fabulist premises, but the pleasure gleaned from the stories isn’t cursory: it’s meticulous, the kind of joy that crawls under your skin and lives for days, driving you mad for more.